Gaps are sharp breaks in price with no trading occurring in between. Gaps can happen moving up or moving down. In the forex market, gaps primarily occur over the weekend because it is the only time the forex market closes. Gaps may also occur on very short timeframes such as a one-minute chart or immediately following a major news announcement.

Examples of when gappage can occur include:

Why are they important?

Gaps sometimes result in corrective price action. In other words, after the gap occurs prices have a tendency to reverse and “fill” the gap.

So how do I use them? 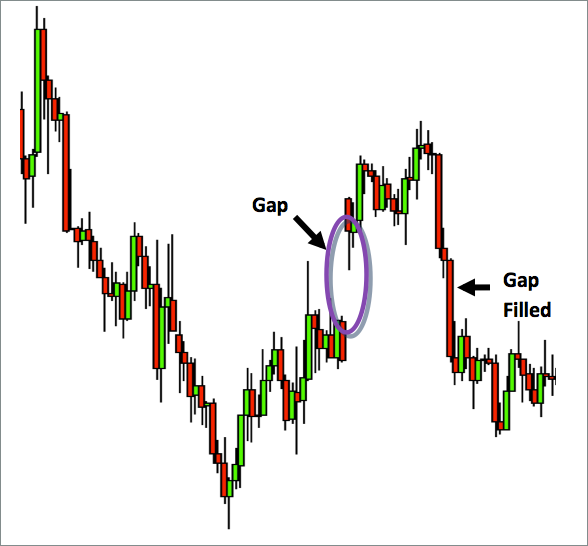 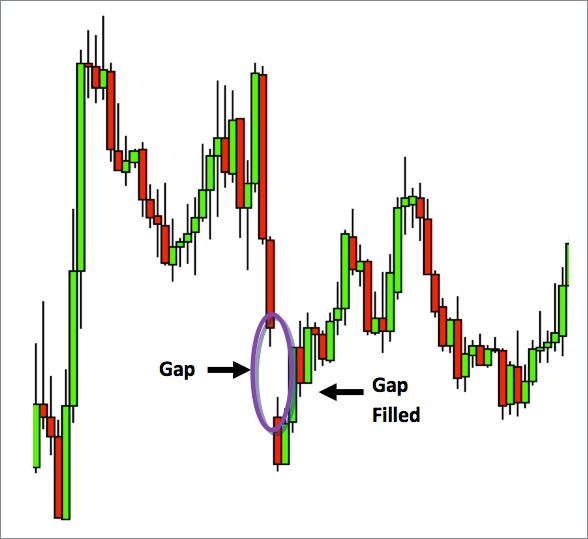 Slippage is the difference between the expected price of a trade and the price at which the trade actually executes. Market gaps can cause slippage which may affect stop and limit orders – meaning they will be executed at a different price from that requested.