The S&P 500 Futures are on the upside after they closed mixed on Monday.

On the US economic data front, Market News International's Chicago Business Barometer dropped to 58.2 on month in November (59.0 expected), from 61.1 in October. Finally, Pending Homes Sales declined 1.1% on month in October (+1.0% expected), compared to a revised -2.0% in September.

Gold bounces after suffering its worst monthly decline in four years while the U.S dollar consolidates after having rebounded yesterday.


Tesla (TSLA): "S&P Dow Jones Indices has determined it will add Tesla to the S&P 500 at its full float-adjusted market capitalization weight effective prior to the open of trading on Monday, December 21, 2020." 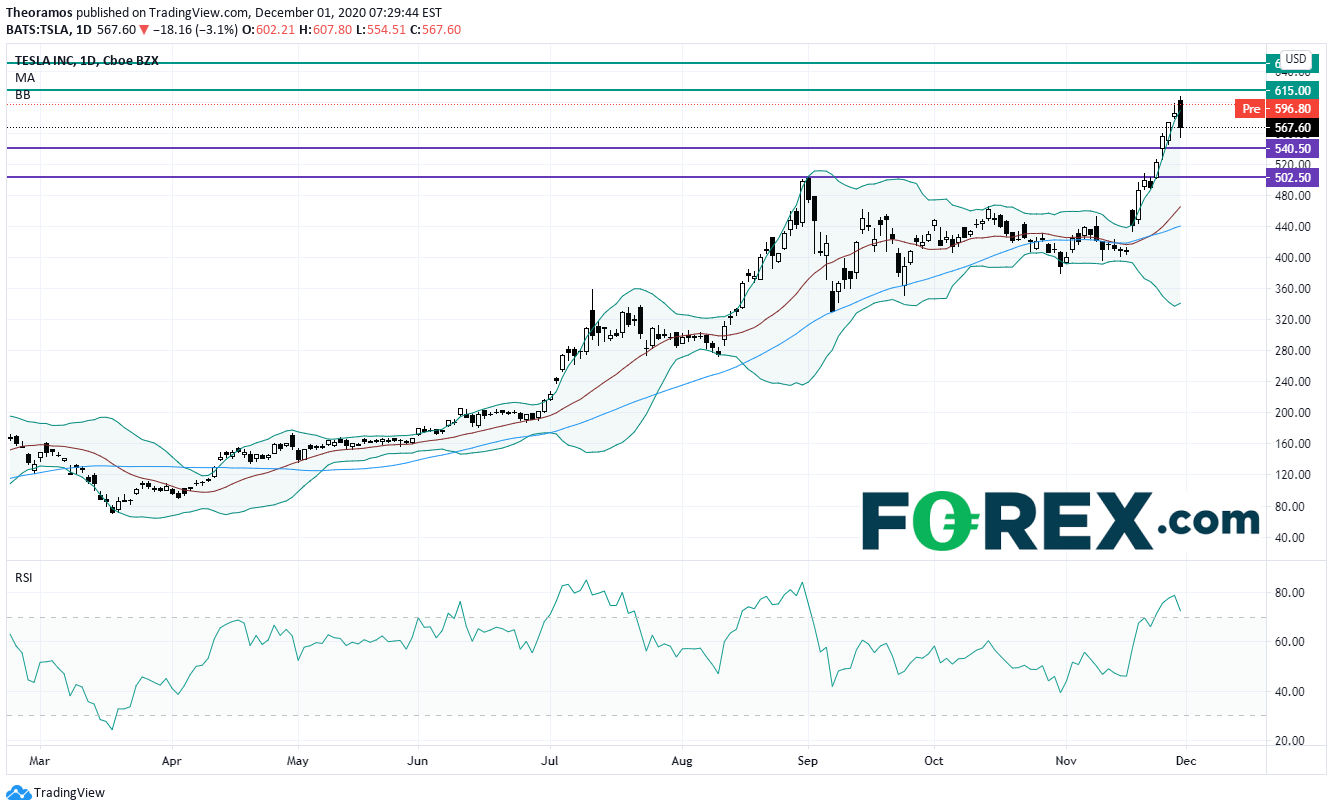 
Pfizer (PFE) and BioNTech (BNTX), the pharma, "have submitted on Monday, November 30, 2020, a formal Application for Conditional Marketing Authorization (CMA) to the European Medicines Agency (EMA) for their mRNA vaccine candidate, BNT162b2, against COVID-19."

Zoom Video Communications (ZM), the leader in modern enterprise video communications, dived after hours after posting third quarter gross margin down to 67% from 71% in the prior quarter.

Nio (NIO), the Chinese electric-vehicle maker, delivered 5,921 vehicles in September, up 109.3% year on year. Separately, the stock was upgraded to "neutral" from "sell" at Goldman Sachs.