The S&P 500 Futures are consolidating after they closed higher on Tuesday.

European indices are trying to rebound after a negative open. Pfizer/Biontech Covid-19 vaccine was approved for use in UK and will be available from next week. The German Federal Statistical Office has released October retail sales at +2.6% (vs +1.2% on month expected). The European Commission has posted October PPI at +0.4% (vs +0.2% on month expected) and jobless rate at 8.4%, as expected.

On the U.S economic data front, Markit's US Manufacturing Purchasing Managers' Index remained at 56.7 on month in the November final reading (as expected), in line with the November preliminary reading. Finally, Construction Spending rose 1.3% on month in October (+0.8% expected), compared to a revised -0.5% in September.

The dollar index gained 0.1pt to 91.413, slightly rebounding after having hit its lowest level since late April 2018.


Pfizer (PFE) and BioNTech (BNTX), the pharma, "announced that the Medicines & Healthcare Products Regulatory Agency (MHRA) in the U.K. has granted a temporary authorization for emergency use for their COVID-19 mRNA vaccine (BNT162b2), against COVID-19." 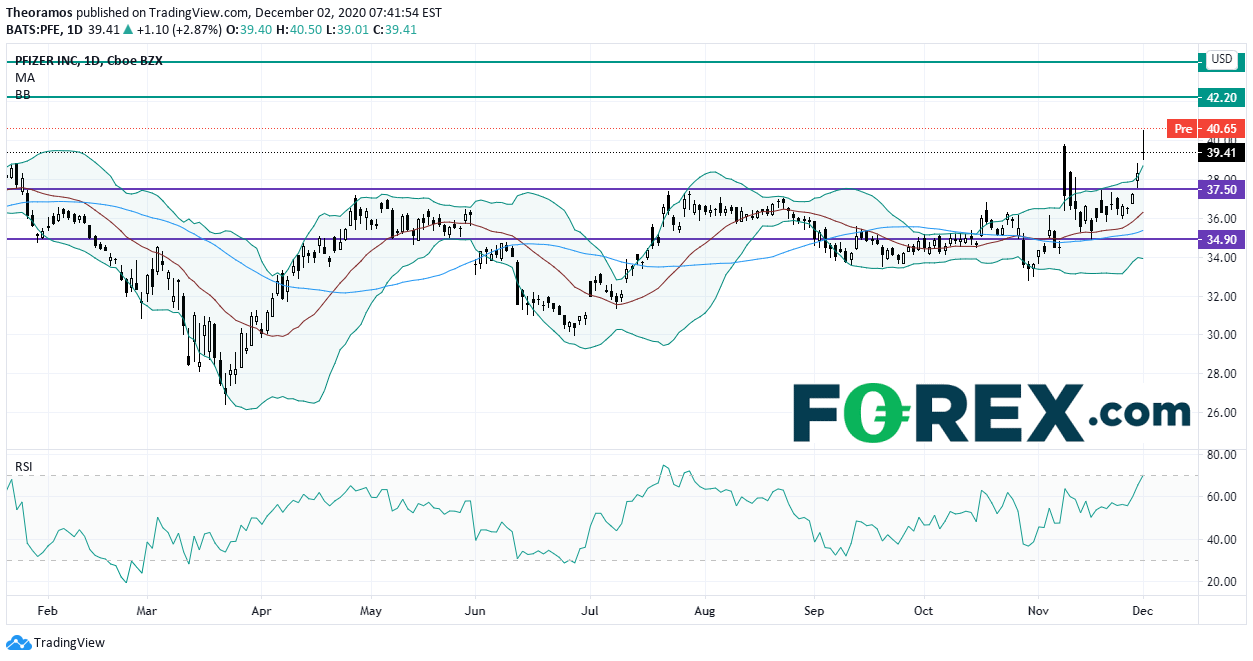 
Salesforce.com (CRM), a developer of business software, revealed that it will acquire Slack Technologies (WORK), the collaboration hub, for 27.7 billion dollars. Separately, the company reported third quarter adjusted EPS of 1.74 dollar, up from 0.75 dollar a year ago on revenue of 5.4 billion dollars, up from 4.5 billion dollars a year earlier.