European indices are struggling to rebound. Research firm Markit has published August Construction PMI in the U.K. at 54.6 (vs 58.3 expected) and at 48.0 in Germany, vs 49.7 in July. The German Federal Statistical Office has reported July factory orders at +2.8%, below +5.0% on month expected.


Asian indices all closed in the red. This morning, official data showed that Australia's retail sales grew 3.2% on month in July (+3.3% expected).

WTI Crude Oil futures are posting a tentative rebound. Later today, Baker Hughes will report the total number of rig counts for the U.S. and Canada.

Gold gains ground as the US dollar consolidates before US jobs data.

AbbVie (ABBV), a pharmaceutical company, and I-MAB (IMAB) have reached a deal worth 2.9 billion dollars regarding a cancer treatment. 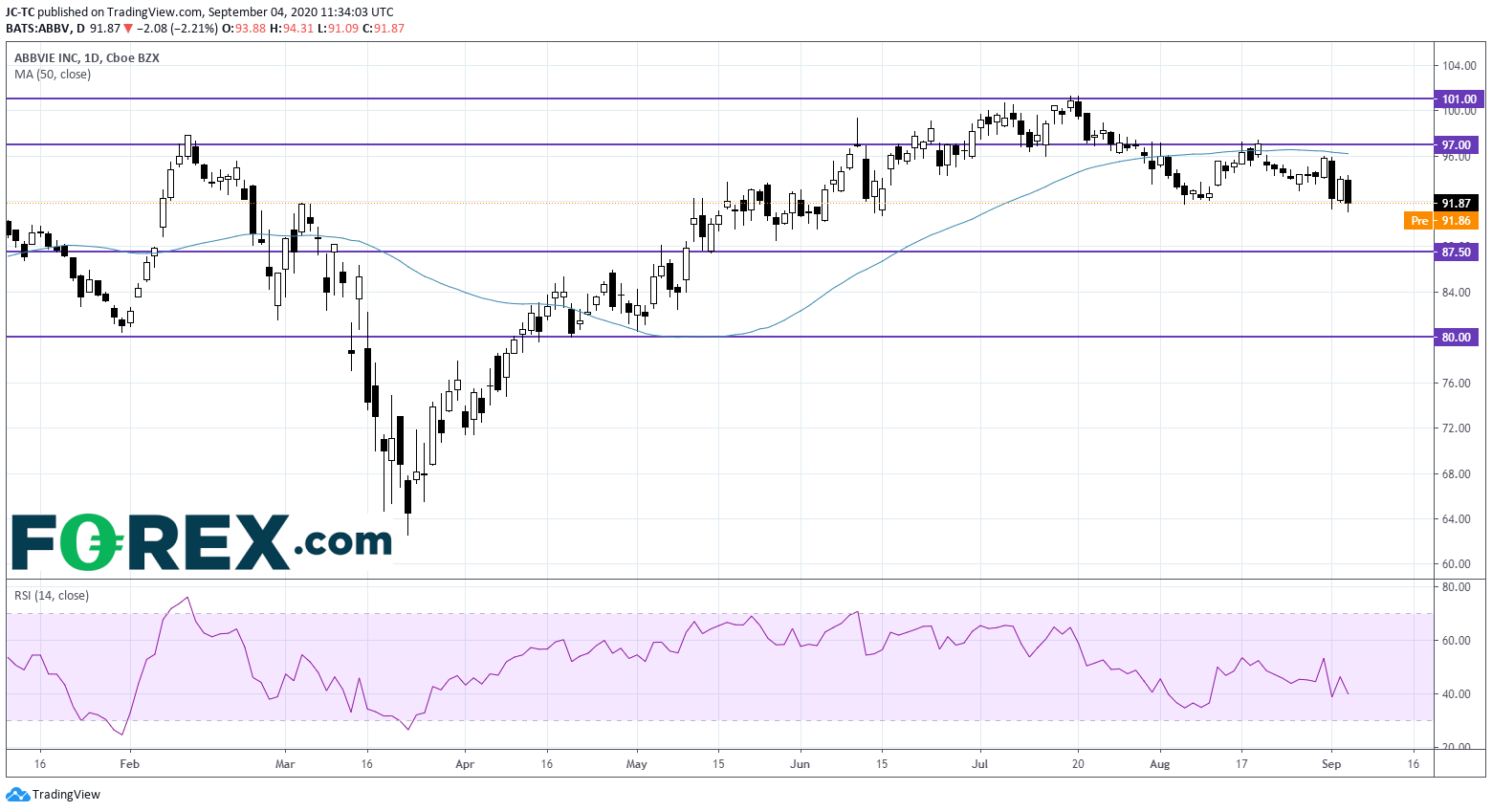 Kimberly-Clark (KMB), a personal care products manufacturer, announced that it has agreed to acquire Softex Indonesia, "a leader in the fast-growing Indonesian personal care market", in an all-cash transaction for 1.2 billion dollars from a group of shareholders including CVC Capital Partners Asia Pacific.

Lululemon Athletica (LULU), a designer of athletic accessories and apparel, was downgraded to "neutral" from "buy" at Citi.