The S&P 500 Futures are around flat, after another historical high reached by the Nasdaq 100 yesterday.

The S&P 500 Futures are around flat, after another historical high reached by the Nasdaq 100 during Tuesday trading session.

Asian indices ended mixed with the China Mainland CSI 300 adding 1.62% extending a 7-day rally. The index is now up 16.54% year to date while the Nasdaq 100 is up 20.51%. Also, Hong Kong HSI gained 0.59% while on the flipside Australian ASX 200 dropped 1.54% and the Japanese Nikkei eased 0.78%. The Reserve Bank of Australia kept its benchmark rate unchanged at 0.25% as expected. The RBA said "the nature and speed of the economic recovery remains highly uncertain" and "this accommodative approach will be maintained as long as it is required."

Gold hold gains, close to a 2011 high, on COVID-19 concerns and as a new stimulus measures from the Fed are anticipated.

The US dollar steadies as risk sentiment is damped by economic fears.

Apple's (AAPL) price target was raised to 400 dollars from 380 dollars at Deutsche Bank.

Levi Strauss (LEVI), a designer and seller of a variety of clothing products, reported second quarter adjusted LPS of 0.48 dollar, slightly missing estimates, vs an EPS of 0.17 dollar a year ago, on net sales of 500.0 million dollars, below the consensus, down from 1.3 billion dollars in the previous year. The Co also stated that it will be cutting its workforce by 15%.

Allstate (ALL), an insurance group, announced that it has agreed to acquire general insurance company National General (NGHC) for 4 billion dollars in cash, or 34.50 dollars per share, a 69% premium over National General July 7 closing price.

American Express (AXP), a globally integrated payments company, was downgraded to "neutral" from "buy" at Citi. 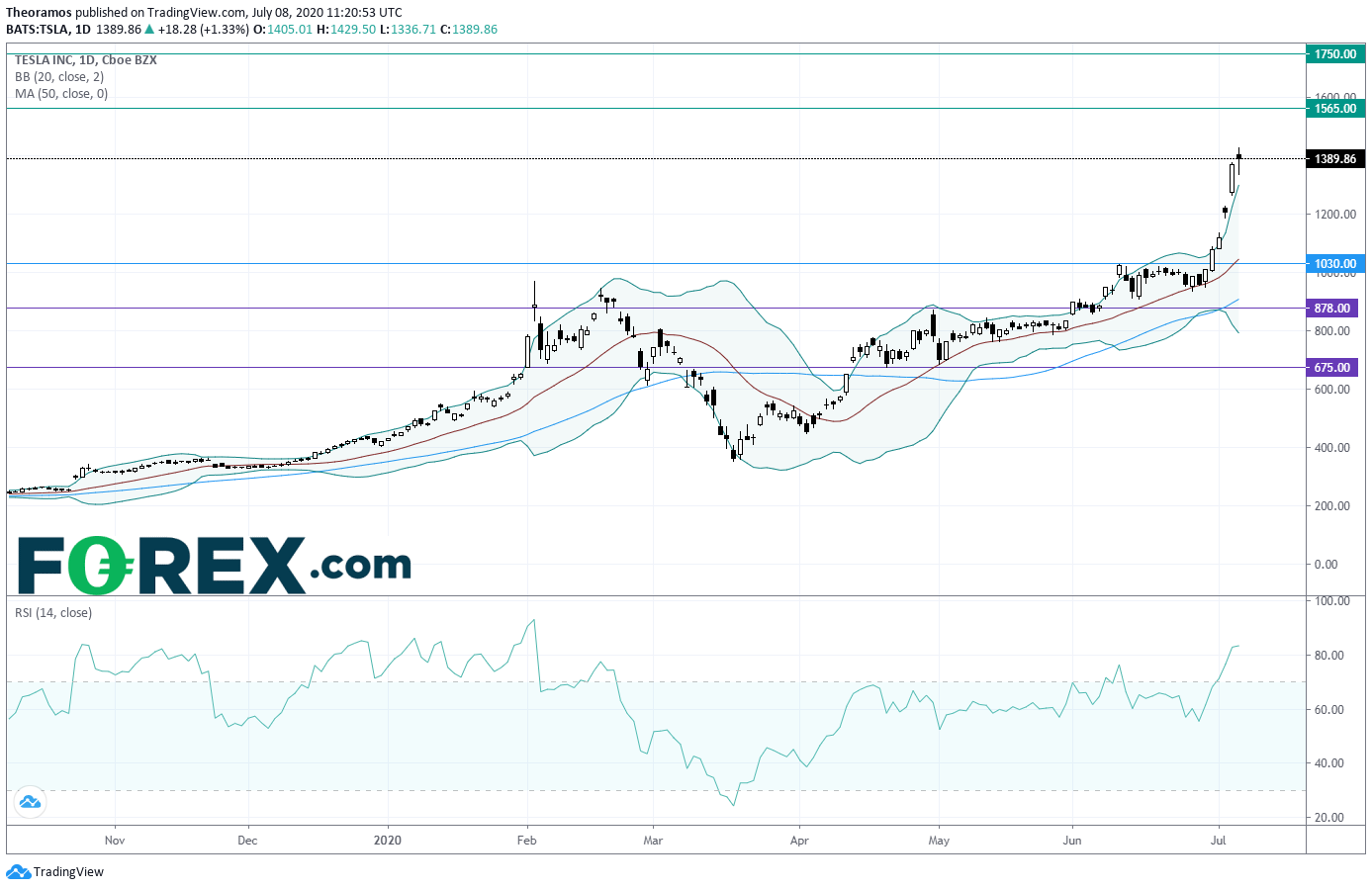