The S&P 500 Futures are rebounding after they closed sharply lower yesterday as tech-led sell-off continued.

European indices are rebounding after they consolidated following announcement by AstraZeneca it halts clinical trials in Japan for Covid-19 vaccine for safety reasons.


Lululemon Athletica's (LULU) shares are under pressure in premarket trading after the designer of athletic accessories and apparel said it expects adjusted profit in its current third fiscal quarter to fall as much as 20% because of higher marketing costs. The company reported second quarter adjusted EPS of 0.74 dollar, beating the estimate, down from 0.96 dollar a year ago. 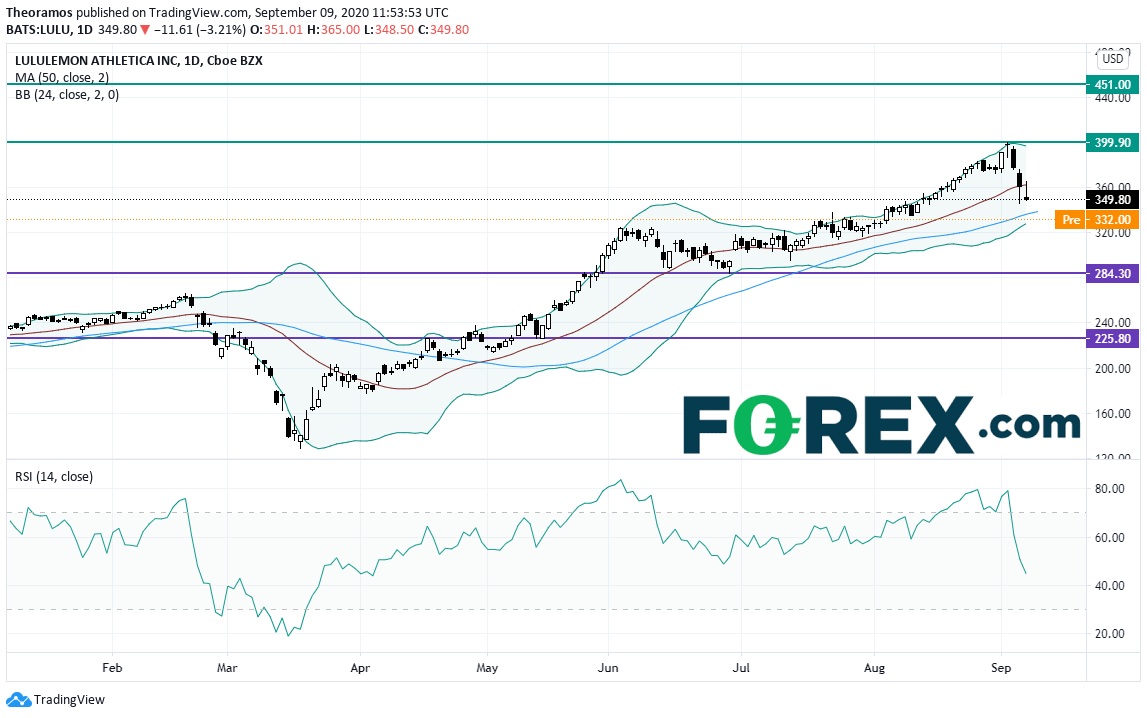 Slack Technologies (WORK) shares are heavily down in premarket trading after the collaboration hub announced second quarter LPS of 0.13 dollar, below the forecast, up from an LPS of 0.98 dollar last year on revenue of 215.9 million dollars up from 145.0 million dollars a year earlier.

Northrop Grumman (NOC), an aerospace and defense technology company, announced that it has secured a 13.3 billion dollars contract from the U.S. Air Force for the modernization of the nation's intercontinental ballistic missile (ICBM) system.