#UK - IRELAND#
Aveva, an IT company, posted a 1H trading update: "The Group expects to report revenue of approximately £333 million for the first half of FY 2021. This is broadly in-line with the Group's plan for the shape of the year, (...) Adjusting for the previously disclosed early renewal of a significant Global Account contract, which caused a £20 million pull forward of revenue into September 2019, the organic constant currency revenue decline was 7%. Without this adjustment, the decline was 12%. (...)  the Board expects to see solid revenue growth in the second half and remains confident in the full year outlook."


From a daily point of view, the stock is excepting to bounce back on a potential rising trend line. Moreover, prices are supported by a key support on the RSI at 46%, while the 50 DMA plays a support role. Above 4600p, targets are set at the previous all-time high at 5365p and 6000p in extension. 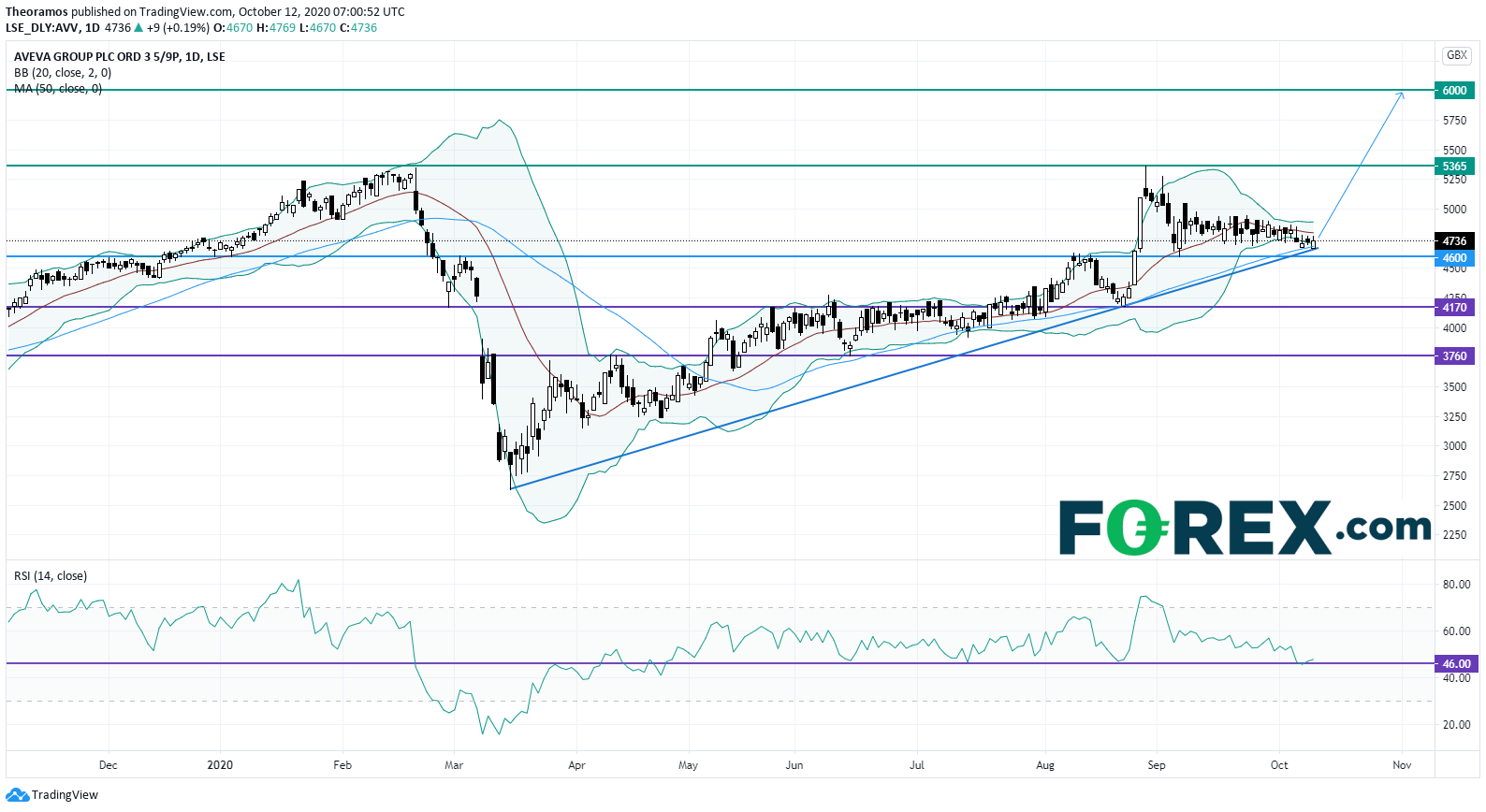 Spectris, a supplier of precision instrumentation and controls, was upgraded to "equalweight" from "underweight" at Morgan Stanley.


#GERMANY#
Daimler, an automobile group, was upgraded to "buy" from "sell" at Goldman Sachs.


#FRANCE#
Veolia, a resource management group, said it is appealing the decision by a court in Paris, which ordered the suspension of the operation of the company's purchase of a stake in Suez from Engie , until it has informed and consulted workers' groups.

Eiffage, a civil engineering construction group, was upgraded to "buy" from "hold" at Societe Generale.

Altice Europe, a telecommunications group, was upgraded to "equalweight" from "underweight" at Morgan Stanley.