The S&P 500 Futures are little changed after they charged higher yesterday, led by technology shares.

European indices are under pressure. ZEW survey results of October were released for Germany (current situation at -59.5 vs -60.0, expectations at 56.1 vs 72.0 expected). The German Federal Statistical Office has posted final readings of September CPI at -0.2% on year, as expected. The U.K. Office for National Statistics has reported jobless rate for the three months to August at 4.5% (vs 4.3% expected).

Asian indices closed on the upside except the Chinese CSI. Chinese September Balance of Trades was released at 37 billion dollars surplus, below 60 billion dollars expected.

Gold lost some ground as dollar bounced back on moves from Beijing to curb the yuan's recent rise.


Johnson & Johnson (JNJ), the health care products company, has "temporarily paused further dosing in all its COVID-19 vaccine candidate clinical trials, including the Phase 3 ENSEMBLE trial, due to an unexplained illness in a study participant." Separately, the company reported third quarter earnings that beat estimates and raised its full-year sales and adjusted EPS guidance. 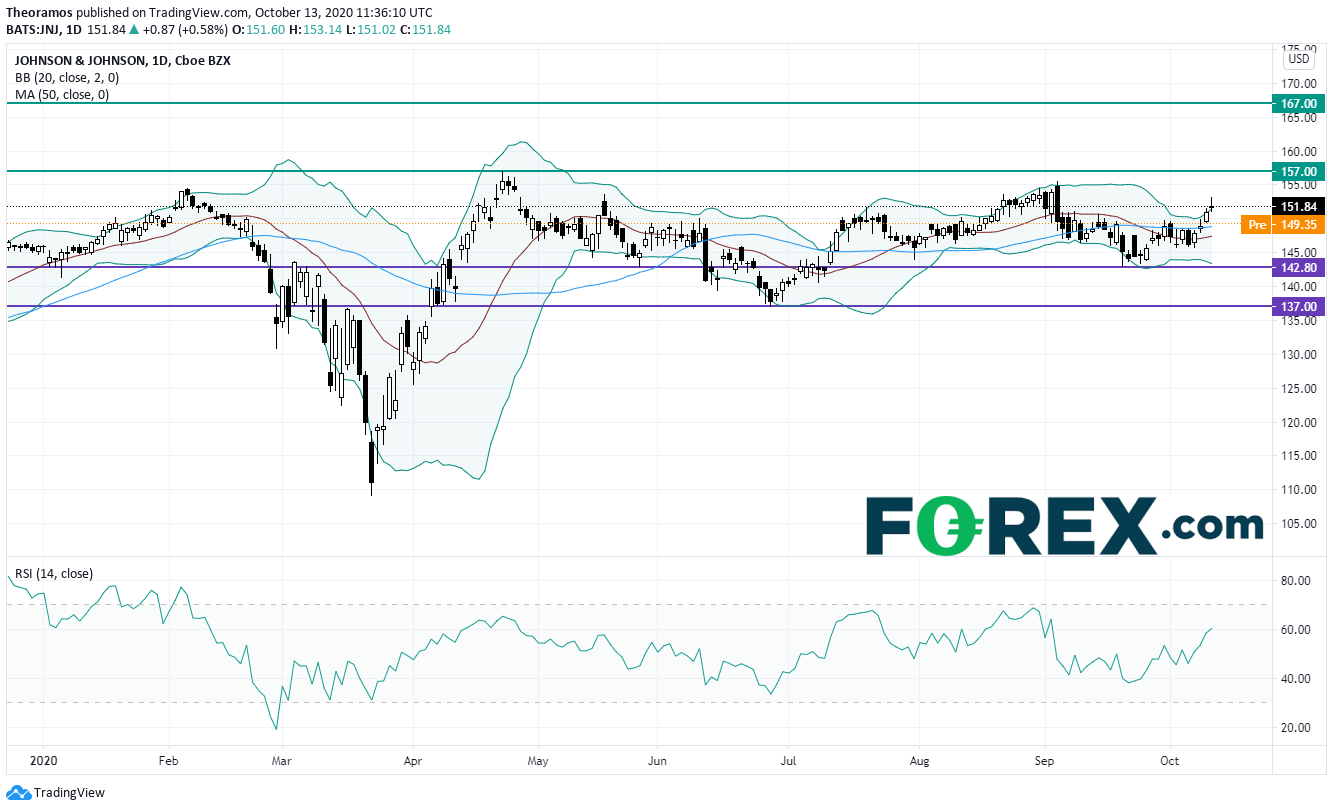 JPMorgan (JPM), the banking group, unveiled third quarter sales down 0.4% to 29.94 billion dollars, above estimates. Provision for credit losses decreased 60% to 611 million dollars, beating expectations. EPS was up to 2.92 dollars from 2.68 dollars a year earlier.

Walt Disney (DIS) soared after hours after announcing "a strategic reorganization of its media and entertainment businesses. Under the new structure, Disney’s creative engines will focus on developing and producing original content for the Company’s streaming services, as well as for legacy platforms, while distribution and commercialization activities will be centralized into a single, global Media and Entertainment Distribution organization."

Exxon Mobil (XOM), an oil and gas company, was upgraded to "neutral" from "sell" at Goldman Sachs.

Beyond Meat (BYND), a producer of plant-based meat substitutes, was downgraded to "underperform" from "market perform" at Bernstein.
TAGS:
Equities Indices
Share: