The S&P 500 Futures are on the upside after they closed mixed on Friday.

No major economic data are expected today in North America.

European indices are consolidating after a positive opening. The European Commission has reported July industrial production at +4.1% (vs +4.2% on month expected).

WTI Crude Oil futures are facing a consolidation. The total number of rotary rigs in the U.S. fell to 254 as of September 11 from 256 in the prior week, while rigs in Canada was unchanged at 52, according to Baker Hughes.

GBP/USD rose 54pips to 1.285 ahead of the U.K. Parliament vote on the Withdrawal Bill


Nvidia (NVDA), a technology company, announced that it has agreed to acquire processor manufacturer Arm Holdings from SoftBank in a transaction valued at 40 billion dollars. The company added that the transaction is expected to be immediately accretive to its adjusted gross margin and adjusted EPS. 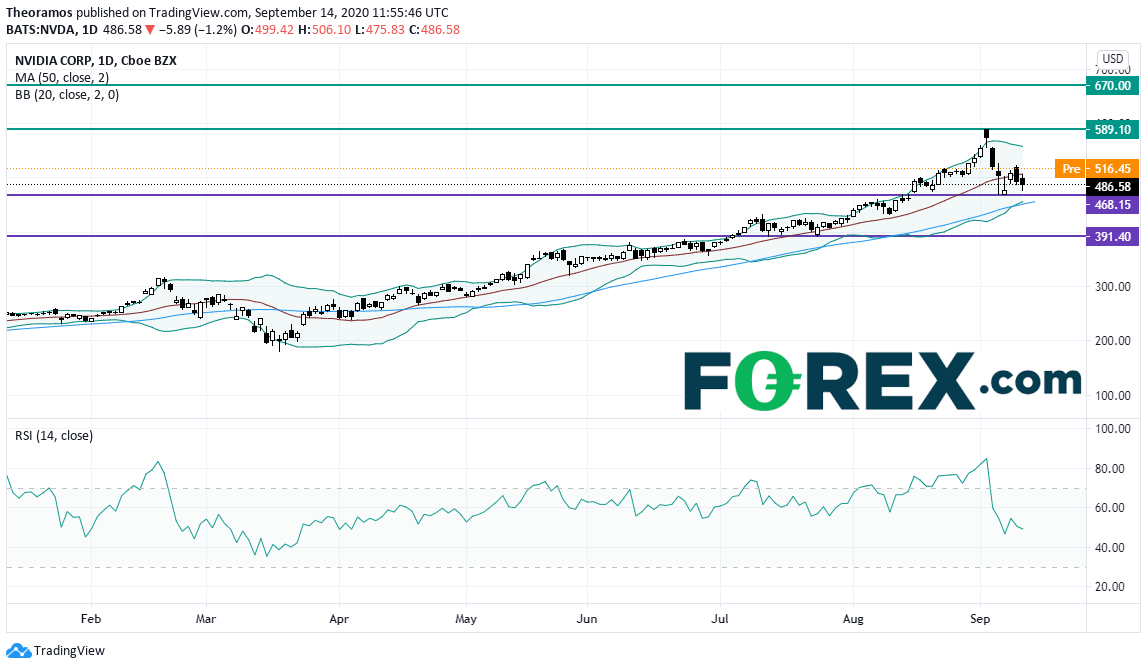 
Gilead Sciences (GILD), a biopharmaceutical group, announced that it has agreed to acquire pharmaceutical company Immunomedics (IMMU) for 88 dollars per share, which values the company at about 21 billion dollars.

Merck & Co (MRK), a pharmaceutical company, has initiated the phase 1/2 trial of its Covid-19 vaccine in Belgium, according to Dow Jones.
TAGS:
Equities Indices
Share: