U.S Futures in the green ahead of FOMC - Watch ADBE, FDX

The S&P 500 Futures remain on the upside after they ended higher yesterday, though pared gains throughout the session.

Later today, the Federal Reserve's interest rate decision will be due. It is widely expected that the central bank would stick to its accommodative monetary policy. The U.S. Commerce Department will report August retail sales (+1.0% on month expected) and July business inventories (-0.1% on month expected). The National Association of Home Builders will release Housing Market Index for September (78 expected).

Asian indices were under pressure except the Australian ASX which closed on the upside. This morning, government data showed that Japan recorded a trade surplus of 248.3 billion yen in August (15 billion yen deficit expected), where exports declined 14.8% on year (-16.1% expected) and imports slid 20.8% (-17.8% expected).


Adobe (ADBE), the developer of software products, announced third quarter adjusted EPS of 2.57 dollars, ahead of the estimate, up from 2.05 dollars last year on revenue of 3.2 billion dollars, as expected, up from 2.8 billion dollars a year earlier. Adobe's shares are trading higher in premarket trading. 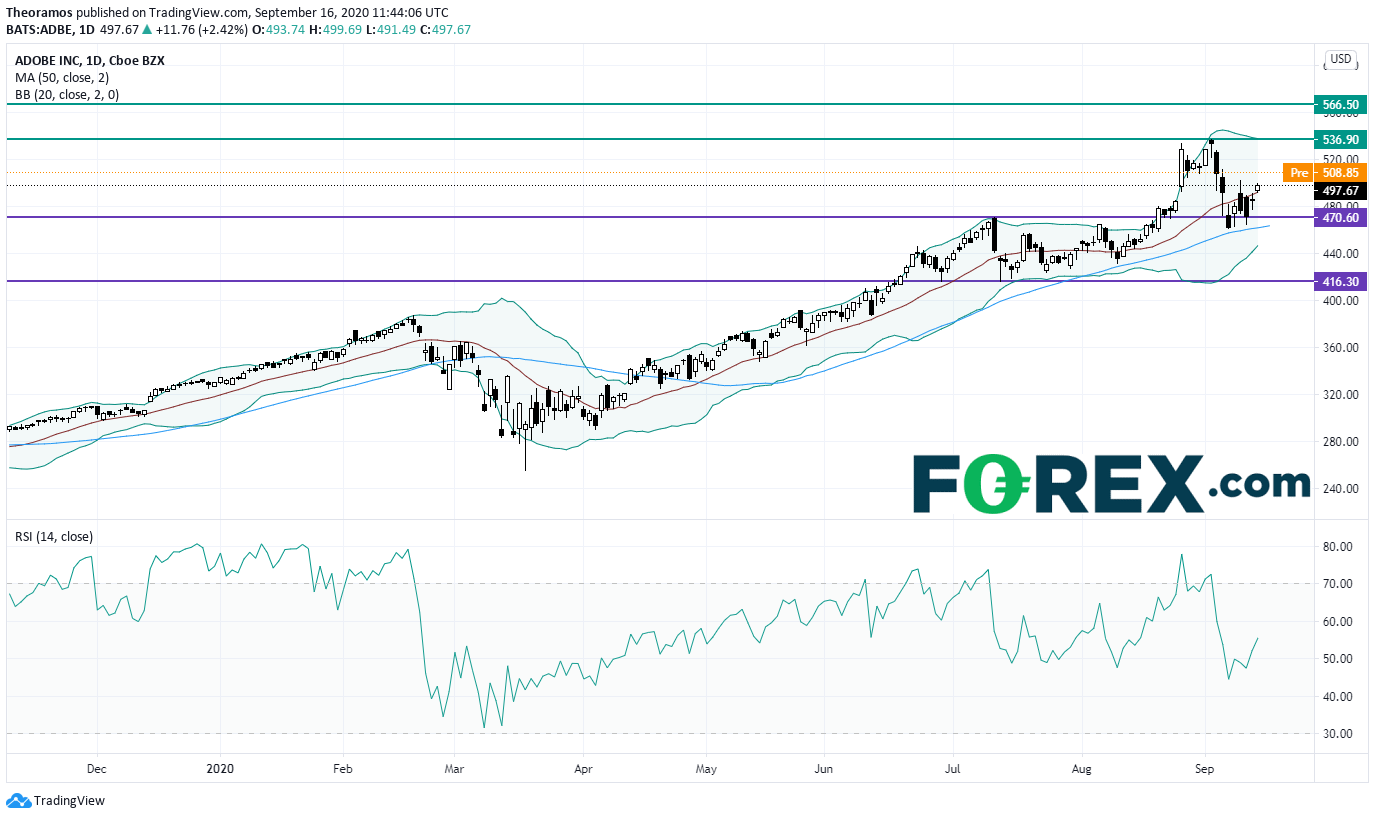 FedEx's (FDX) shares jump in premarket trading after the package delivery service company reported first quarter adjusted EPS of 4.87 dollars, significantly exceeding the forecast, up from 3.05 dollars a year ago on revenue of 19.3 billion dollars, higher than anticipated, up from 17.0 billion dollars in the prior year.