#FRANCE#
LVMH, a luxury goods conglomerate, announced that 3Q revenue dropped 10% on year (-7% organic growth) to 11.96 billion euros and 9-month revenue was down 21% (-21% organic growth) to 30.35 billion euros. The company said 3Q sales reflected "a marked improvement in trends compared to the first half, notably a return to growth in Cognac and Fashion & Leather Goods (+12% organic growth)". It also added that "the decision to pay an interim dividend will be discussed".

Eurofins Scientific, a bioanalytical testing company, announced a ten-for-one stock split, effective upon the listing on Euronext Paris of the new shares expected to occur on November 19.

Saint-Gobain, a building materials supplier, was downgraded to "neutral" from "buy" at Goldman Sachs.


#BENELUX#
Just Eat Takeaway, an online food order and delivery service provider, was upgraded to "buy" from "hold" at HSBC.


#SWEDEN#
Volvo, a vehicle manufacturer, announced that 3Q net income declined 23% on year to 5.72 billion Swedish krona and adjusted operating income dropped 34% to 7.22 billion Swedish krona on net sales of 76.85 billion Swedish krona, down 22% (-16% currency adjusted). The company said: "Towards the end of the quarter transport activity was back on roughly the same level as a year ago in most markets. This led to an improved sentiment among our customers, which is reflected in increased order intake for trucks, engines and construction equipment as well as a gradually improving service business."
From a daily point of view, the stock is trading above a rising trend line drawn since March 2020. Furthermore, the 50 DMA is playing a support role, while the Relative Strenght Index is carried by the key support at 45%. Above 165SEK, targets are set at 195SEK and 210SEK in extension. 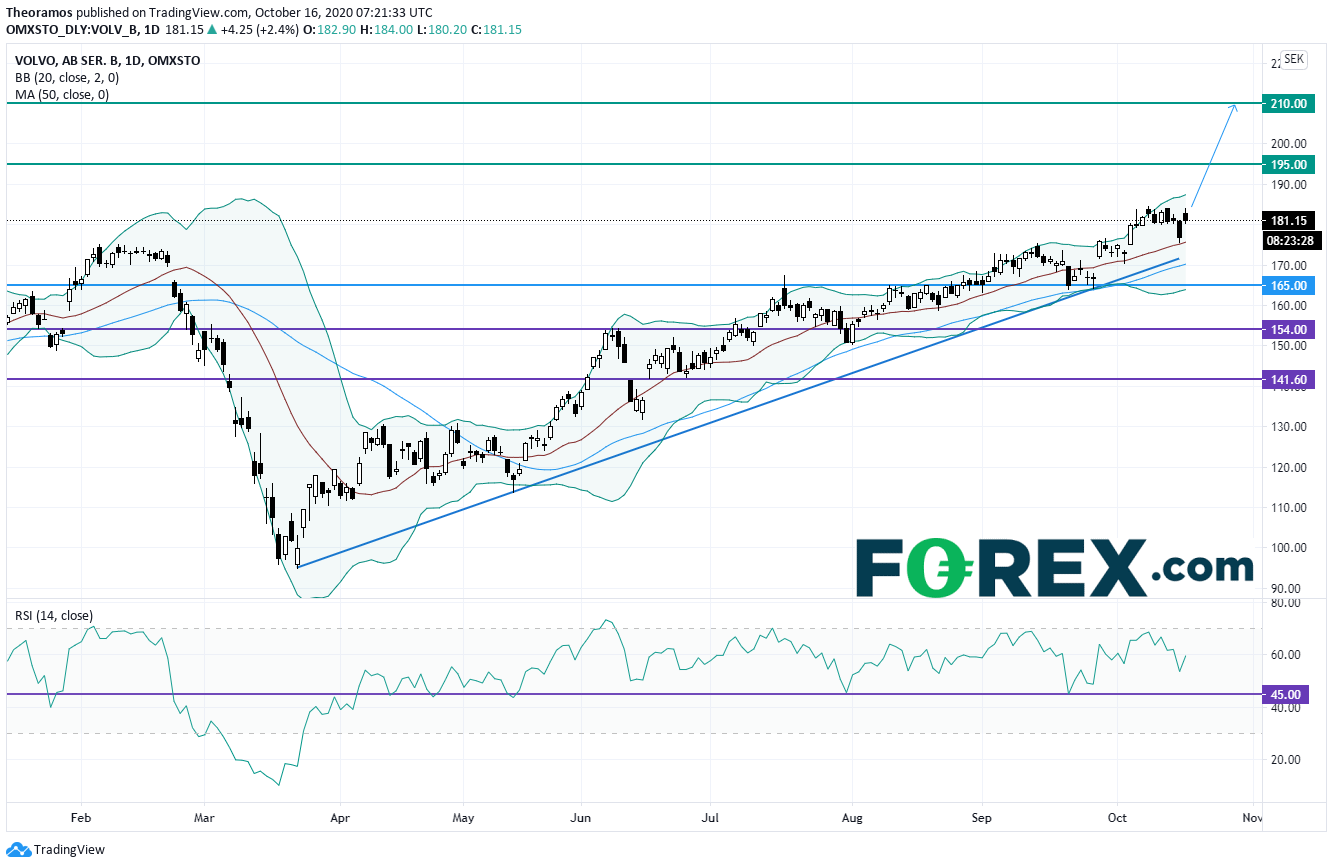