The S&P 500 Futures remain on the downside after they gave up earlier gains yesterday to close at session lows. Market sentiment was dampened by New York City's decision to close public school indefinitely in view of increasing coronavirus cases.

European indices are on the downside. September Eurozone Output was released at -2.9% on month, vs +2.6% expected.

Asian indices closed in dispersed order as the Japanese Nikkei and Hong Kong HSI were down when the Chinese CSI and the Australian ASX ended in the green. Official data showed that the Australian economy added 178,800 jobs in October (-27,500 jobs expected), while jobless rate edged up to 7.0% (7.1% expected) from 6.9% in September.

On the U.S economic data front, the Mortgage Bankers Association's Mortgage Applications declined 0.3% for the week ending November 13th compared to -0.5% in the previous week. Finally, Housing Starts spiked to 1,530K on month in October (1,460K expected), from a revised 1,459K in September. 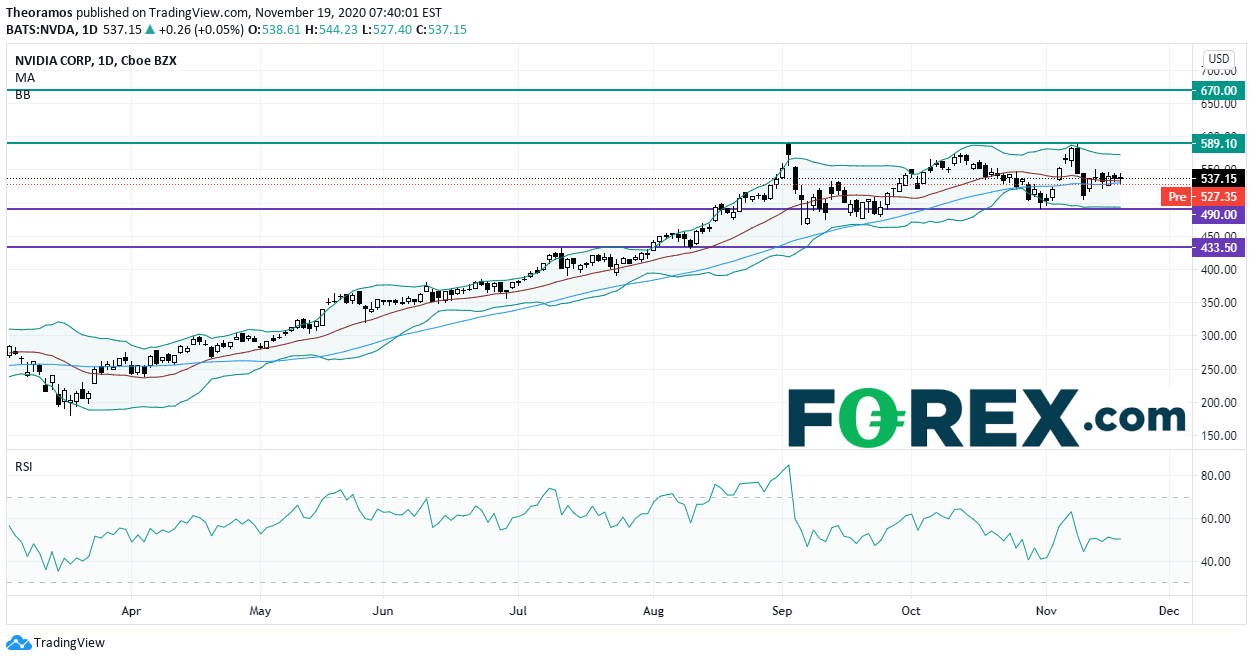 Coty (COTY), the global beauty company, was upgraded to "buy" from "neutral" at Citigroup.

L Brands (LB), a women's apparel and beauty products retailer, announced third quarter adjusted EPS of 1.13 dollar, significantly above the consensus, up from 0.02 dollar a year ago on sales of 3.1 billion dollars, also above estimates, up from 2.7 billion dollars a year earlier.

JPMorgan (JPM), the banking group, was downgraded to "market perform" from "outperform" at KBW.

Keysight Technologies (KEYS), a provider of electronic measurement devices and software solutions, disclosed fourth quarter adjusted EPS of 1.62 dollar, beating estimates, up from 1.33 dollar a year ago on revenue of 1.2 billion dollars, as expected, up from 1.1 billion dollars a year earlier. The company unveiled first quarter adjusted EPS forecast that also exceeded estimates.