The S&P 500 Futures are posting a rebound after they closed sharply lower yesterday. Despite House Speaker Nancy Pelosi calling on the government to reconcile remaining disputes on a fiscal stimulus package within 48 hours, no progress was made toward a deal agreement between the government and Congress.

European indices are slightly bullish. The German Federal Statistical Office has posted PPI for September at +0.4% on month (vs -0.1% expected).

Asian indices closed in the red except the Chinese CSI.

Intel (INTC), a designer and manufacturer of microprocessors, and South Korean company SK hynix "have signed an agreement under which SK hynix would acquire Intel’s NAND memory and storage business for 9 billion dollars." 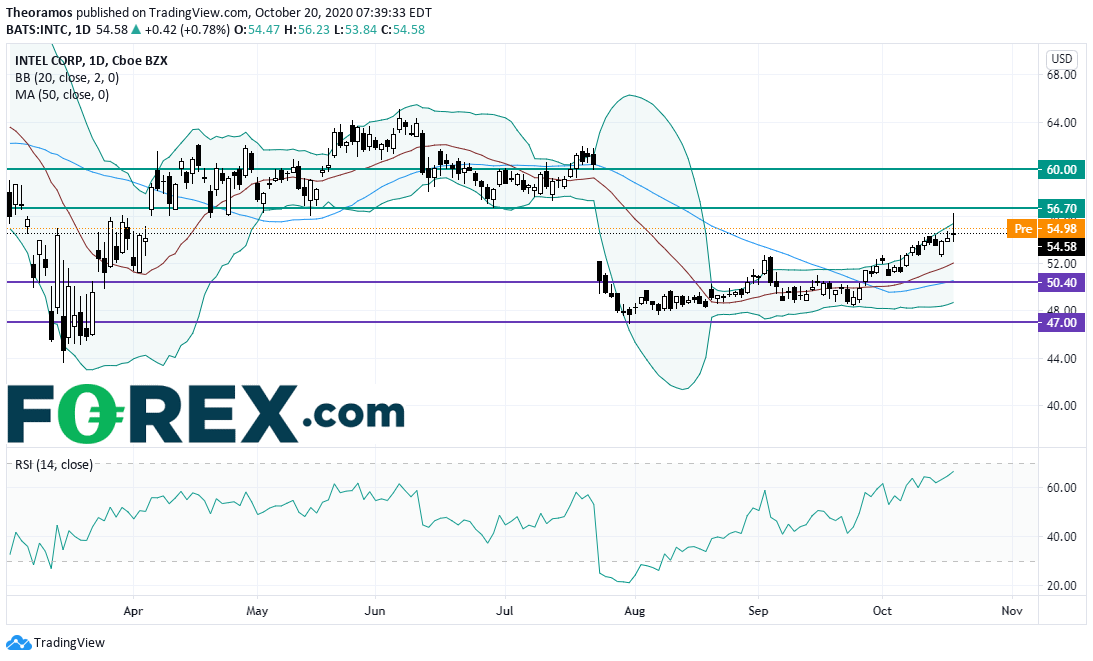 Goldman Sachs (GS), the banking group, has reached an agreement with the U.S. Department of Justice to settle Malaysia's 1MDB scandal for more than 2 billion dollars, pushing its total related penalties to about 5 billion dollars, reported Bloomberg.

Microsoft's (MSFT), the tech giant, price target was raised to 245 dollars from 220 dollars at Stifel.

Snap's (SNAP), the social network, price target was raised to 35 dollars from 25 dollars at Evercore.

PPG Industries (PPG), a producer of paints and coatings, reported third quarter adjusted EPS of 1.93 dollar, just above forecasts, up from 1.67 dollar a year earlier on net sales of 3.7 billion dollars, as expected, down from 3.8 billion dollars a year ago. Sales in volume declined 5%.