The S&P 500 Futures remain under pressure after they posted modest losses after a choppy session yesterday.

European indices are under pressure. Germany's GfK Consumer Confidence Index for November was released at -3.1 (vs -3.0 expected). France's INSEE has reported October indicators on business confidence at 90 (vs 92 expected) and manufacturing confidence at 93 (vs 96 expected).

Asian indices closed in the red except the Hong Kong HSI.

Gold is consolidating while the U.S dollar bounces after hitting a seven-week low amid U.S fiscal package uncertainty and soaring global COVID-19 cases.


Tesla (TSLA), the electric-vehicle maker, reported third quarter adjusted EPS of 0.76 dollar, up from 0.37 dollar a year ago, on revenue of 8.8 billion dollars up from 6.3 billion dollars a year earlier. Those figures beat estimates. 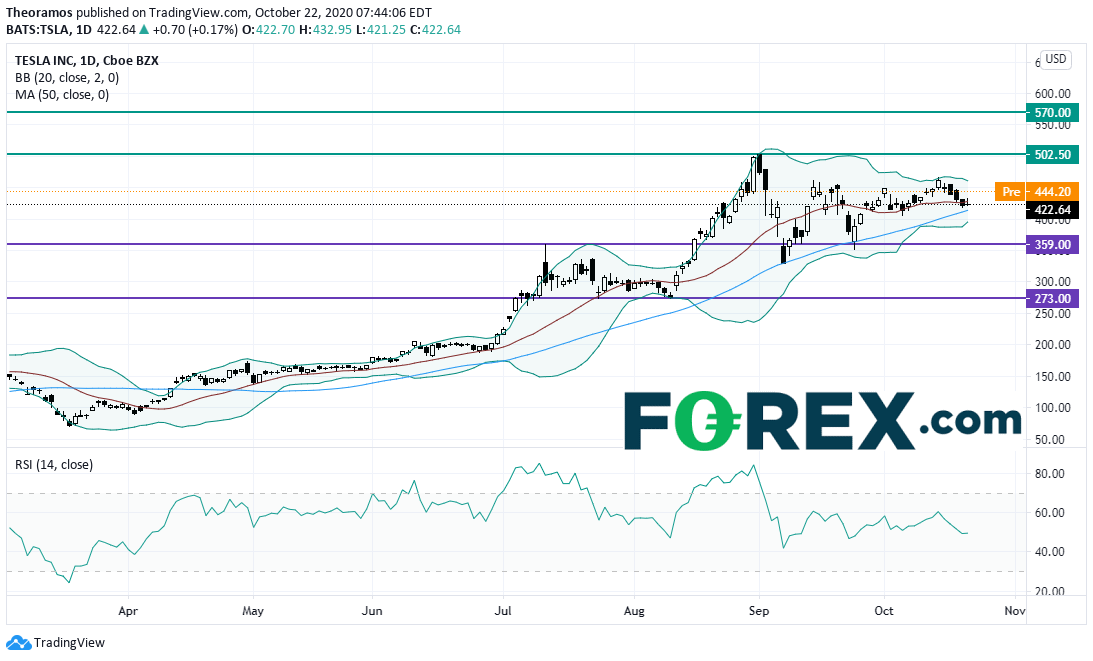 Citigroup (C), the banking group, was downgraded to "buy" from "conviction buy" at Goldman Sachs.

AT&T (T), one of the largest wireless communication carriers in the U.S., is gaining some ground before hours after posting quarterly earnings that slightly beat estimates.

Exxon Mobil (XOM), the oil and gas company, plans layoffs in the coming weeks, according to Bloomberg.

Southwest Airlines (LUV) is climbing in extended trading as quarterly earnings exceeded expectations. The company said it is in talks with Boeing (BA) to restructure order book.

Kinder Morgan (KMI), one of the largest midstream energy firms in North America, released third quarter adjusted EPS of 0.21 dollar, down from 0.22 dollar a year ago, on sales of 2.9 billion dollars, down from 3.2 billion dollars a year earlier. Those figures were broadly in line with estimates.

Peloton Interactive (PTON), the interactive fitness platform, was downgraded to "neutral" from "buy" at Goldman Sachs.