The S&P 500 Futures remain on the upside after they charged higher on Friday, as both the S&P and the Nasdaq marked record closes. Market sentiment was supported by upbeat economic data.

European indices are bullish even if European Union's chief negotiator Michel Barnier said on Friday, about Brexit: "at this stage, an agreement between the U.K. and the E.U. seems unlikely".

WTI Crude Oil futures are rebounding. The total number of rigs in the U.S. rose to 254 as of August 21 from 244 a week ago, and rigs in Canada increased to 56 from 54, according to Baker Hughes.

Gold rebounds on falling US dollar.


Tesla (TSLA)'s, the electric-vehicle maker, price target was raised to 3,500 dollars from 2,500 dollars at Wedbush. 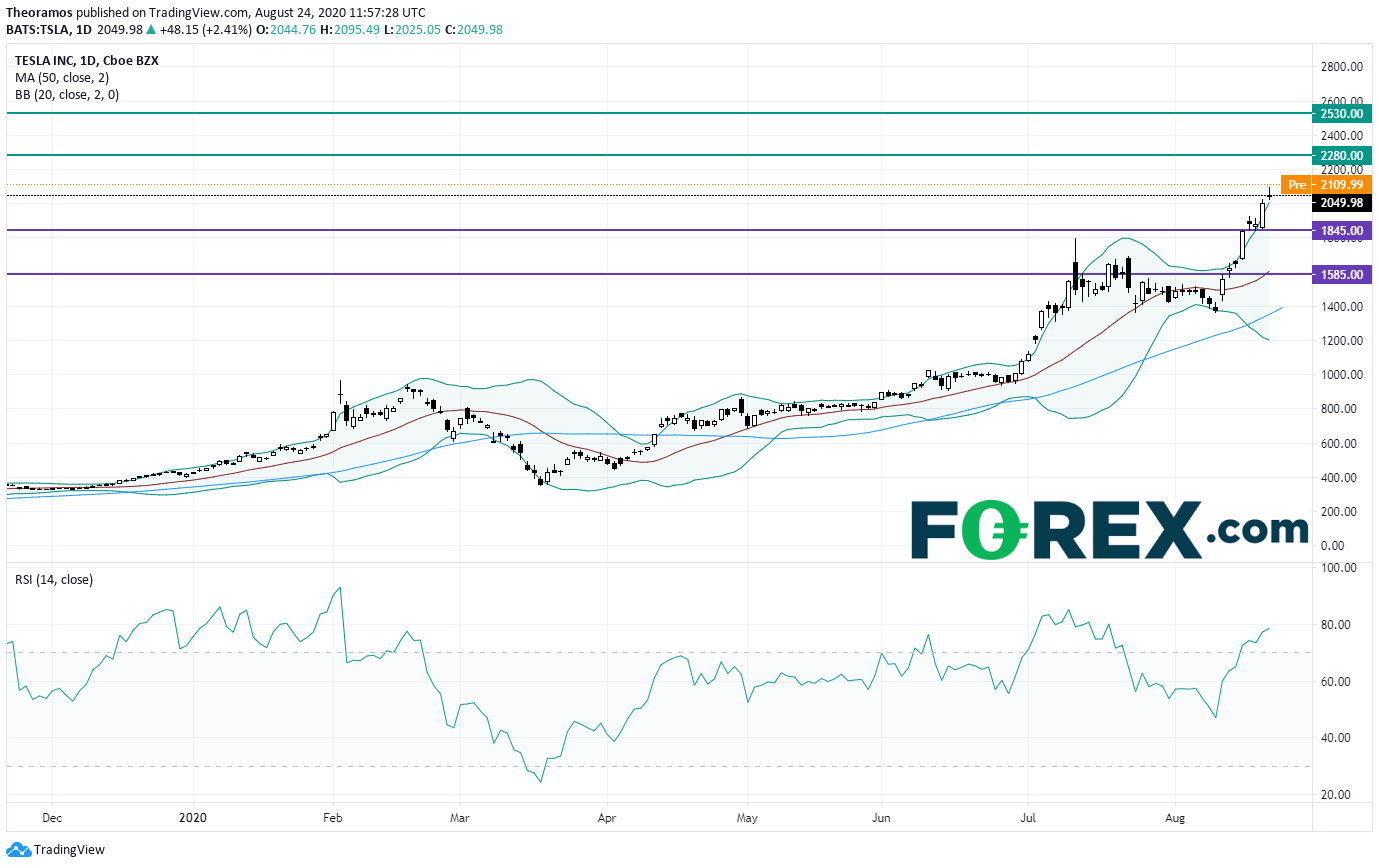 Pinterest (PINS), the social network, was downgraded to "neutral" from "buy" at Citi.

Deere & Co (DE), a manufacturer of agricultural and construction equipment, was upgraded to "buy" from "neutral" at BofA Securities.