The S&P 500 Futures remain flat after they closed mixed yesterday. While both the S&P 500 and the Nasdaq 100  closed at record levels again, the Dow Jones Industrial Average eased 60 points (-0.21%) to 28248. Market sentiment was boosted by progress in the U.S.-China phase-one trade deal.

European indices are rebounding after a pessimistic open. France's INSEE has posted Consumer Confidence Index for August at 94, as expected.


Salesforce.com (CRM), a developer of business software, disclosed second quarter adjusted EPS of 1.44 dollar, higher than anticipated, up from 0.66 dollar a year earlier, on revenue of 5.2 billion dollars, exceeding the consensus, up from 4.0 billion dollars a year ago. 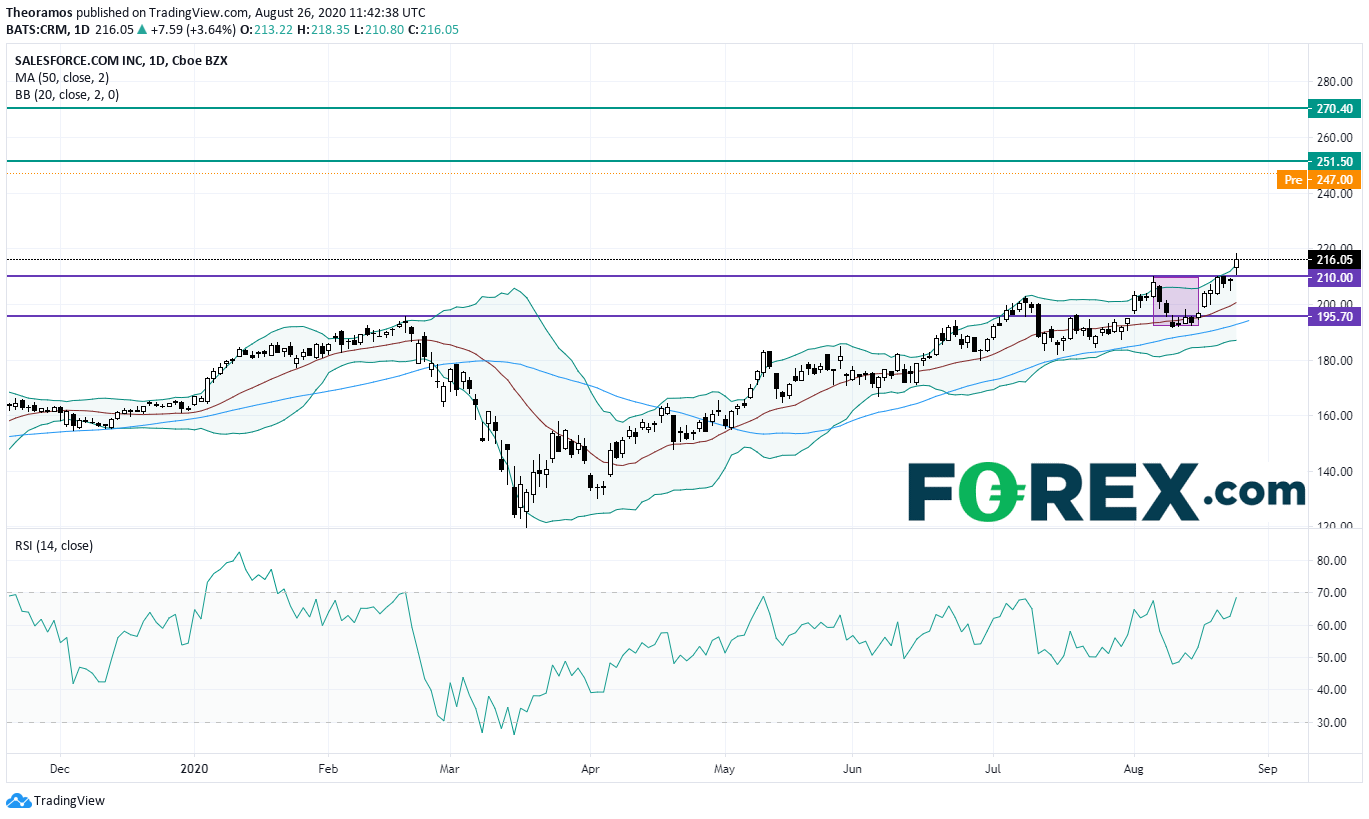 
Apple's (AAPL), the tech giant, price target was raised to 600 dollars from 515 dollars at Wedbush.

Tesla's (TSLA), the electric-vehicle maker, price target was raised to 2,500 dollars from 1,200 dollars at Jefferies.

Nio (NIO), the Chinese electric-vehicle maker, was upgraded to "overweight" from "equalweight" at Morgan Stanley.

HP (HPE), a supplier of information technology products and services, announced third quarter adjusted EPS of 0.32 dollar, beating the consensus, down from 0.45 dollar a year ago on net revenue of 6.8 billion dollars, also exceeding forecasts, down from 7.2 billion dollars in the prior year.

Intuit (INTU), a developer and marketer of accounting software for small and medium sized businesses, unveiled fourth adjusted quarter EPS of 1.81 dollar, above estimates, vs an adjusted LPS of 0.09 dollar a year ago, on net revenue of 1.8 billion dollars, better than predicted, up from 994.0 million dollars a year earlier.

Nordstrom (JWN), the fashion retailer, released second quarter adjusted LPS of 1.62 dollar, missing estimates, vs an adjusted EPS of 0.91 dollar a year ago on net sales of 1.8 billion dollars, worse than expected, down from 3.8 billion dollars a year earlier.