The S&P 500 Futures are relatively flat after Thursday rebound recorded mostly during the last trading hour.

The S&P 500 Futures  are relatively flat after Thursday rebound recorded mostly during the last trading hour. Thursday end of the trading session saw major information impacting the financial sector with the financial regulators easing up "Volcker Rule" restrictions on banks' risk-taking, allowing them to invest in hedge fund and private equity. The Federal Reserve released the results of its stress tests, stating: "The banking system has been a source of strength during this crisis, and the results of our sensitivity analyses show that our banks can remain strong in the face of even the harshest shocks." In anticipation of a prolonged economic downturn, the Fed announced measures to bar the nation's biggest banks from buying back their own stocks or increasing dividend payments in the third quarter.

Due later today are reports on May Personal Income (-6.0% on month expected), Personal Spending (+9.0% expected), and the University of Michigan's Consumer Sentiment Index (a rise to 79.2 in June expected).

European indices are up more than 1% on average. On the statistical front, in the euro zone, M3 annual growth of money supply was 8.9% in May, compared with +8.7% forecast by economists and +8.2% (revised from +8.3%) the previous month. In Germany, import prices rose by 0.3% in May after a decline of 1.8% the previous month. Economists expected an increase of 0.4%. In France, June consumer confidence index rose to 97 from 93 the previous month and 95 expected.

Gold consolidates but remains firm near 8-year high while the US dollar edges higher on rising COVID-19 cases.

Nike (NKE), the sportswear company, dipped after reporting fourth quarter LPS of 0.51 dollar, significantly missing estimates, vs an EPS of 0.62 dollar a year ago, on revenue of 6.3 billion dollars, below forecasts, down from 10.2 billion dollars last year.

Boeing (BA), the aircraft maker, was downgraded to "market perform" from "outperform" at Bernstein.

Amazon.com (AMZN) price target was raised to 3,333 dollars from 2,750 dollars by Deutsche Bank.

EBay (EBAY), the global electronic commerce platform, was upgraded to "buy" from "hold" at Deutsche Bank. 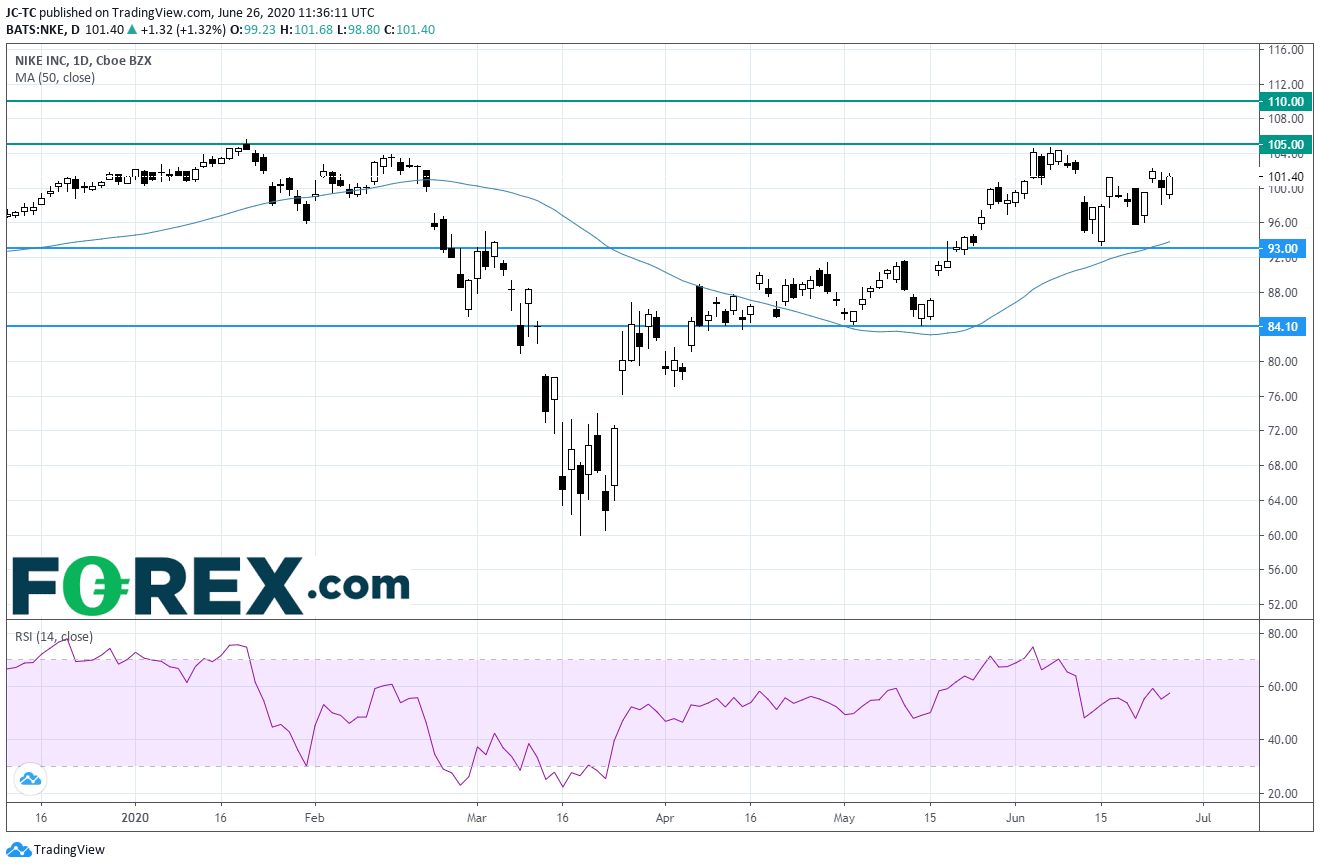