The S&P 500 Futures are rebounding after Friday sharp decline.

Due later today are U.S. reports of the National Association of Realtors on pending home sales for May and The Federal Reserve Bank of Dallas Manufacturing Activity Index for June.

Asian indices ended lower. The Japanese Nikkei recorded the biggest decline with a 2.30% drop as official data showed that Japan's retail sales only rose 2.1% on month in May while +3.0% was expected. Over the weekend, government data showed that China's industrial profits grew 6.0% on year in May (-4.3% in April).

WTI Crude Oil futures are trading slightly higher despite a bearish opening and after a 0.6% decline last Friday, as sentiment was dragged down by the resurgence of coronavirus cases. Meanwhile, the total number of U.S. rigs slipped to 265 as of June 26 from 266 a week ago, and oil rigs in Canada fell to 13 from 17, according to Baker Hughes. The net long position of WTI crude oil increased 3.0% on week to 365,022 contracts as of June 23, reported the Commodities Futures Trading Commission.

Gold remains firm, close to a 8-year high while the US dollar consolidates as COVID-19 cases spike.

Apple's (AAPL), app store rules that require app makers to use its payment system are being scrutinized by the U.S. Justice Department, reported Bloomberg.

Gilead Sciences (GILD), the biopharma, has set a price for remdesivir "for governments of developed countries of 390 dollars per vial. Based on current treatment patterns, the vast majority of patients are expected to receive a 5-day treatment course using 6 vials of remdesivir, which equates to 2,340 dollars per patient."

Boeing (BA), the aircraft maker, is gaining ground before hours as recertification flights for 737 MAX are beginning today.

Southwest Airlines (LUV) was upgraded to "buy" from "sell" at Goldman Sachs.

Beyond Meat (BYND), a producer of plant-based meat substitutes, was downgraded to "underweight" from "overweight" at Barclays.

Coty (COTY), the global beauty company, agreed to acquire a 20% stake in Kim Kardashian West's brand KKW for 200 million dollars, according to the Financial Times. 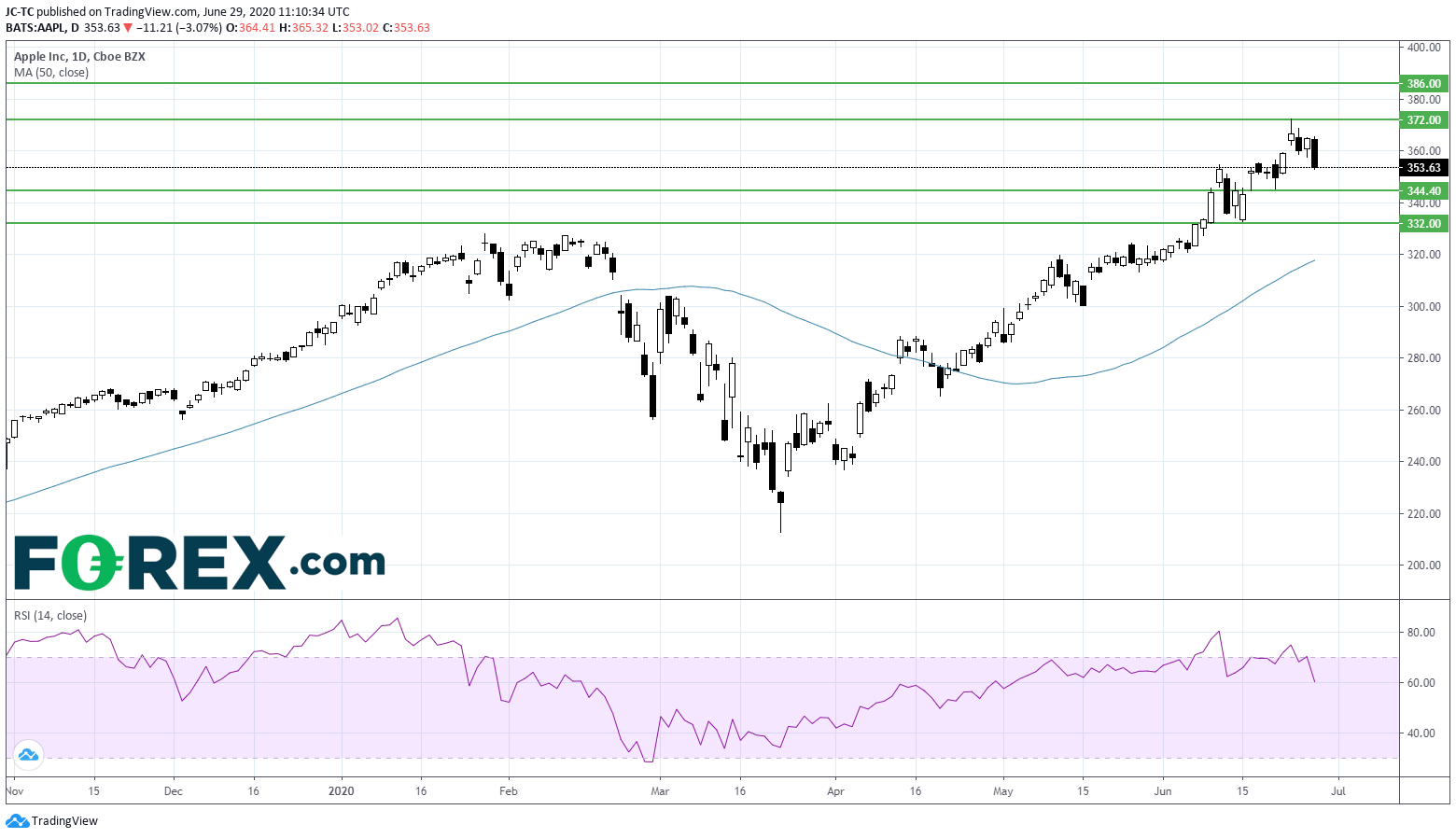