The S&P 500 Futures are on the upside after they closed mixed on Thursday. In after-market hours, Apple (AAPL), Amazon.com (AMZN), Alphabet (GOOGL) and Facebook (FB) saw their share prices rise after posting upbeat earnings results.

Gold rebounded, close from 2,000 dollars, on track for its best month in four years on COVID-19 fears.

The US dollar keeps consolidating as investors eyes Congress for stimulus.


Apple (AAPL), the tech giant, reported third quarter EPS of 2.58 dollars, above estimates, up from 2.18 dollars a year ago, on revenue of 59.7 billion dollars, beating forecasts, up from 53.8 billion dollars last year. The Co also announced a 4-for-1 stock split. Shares jumped after hours following that release. 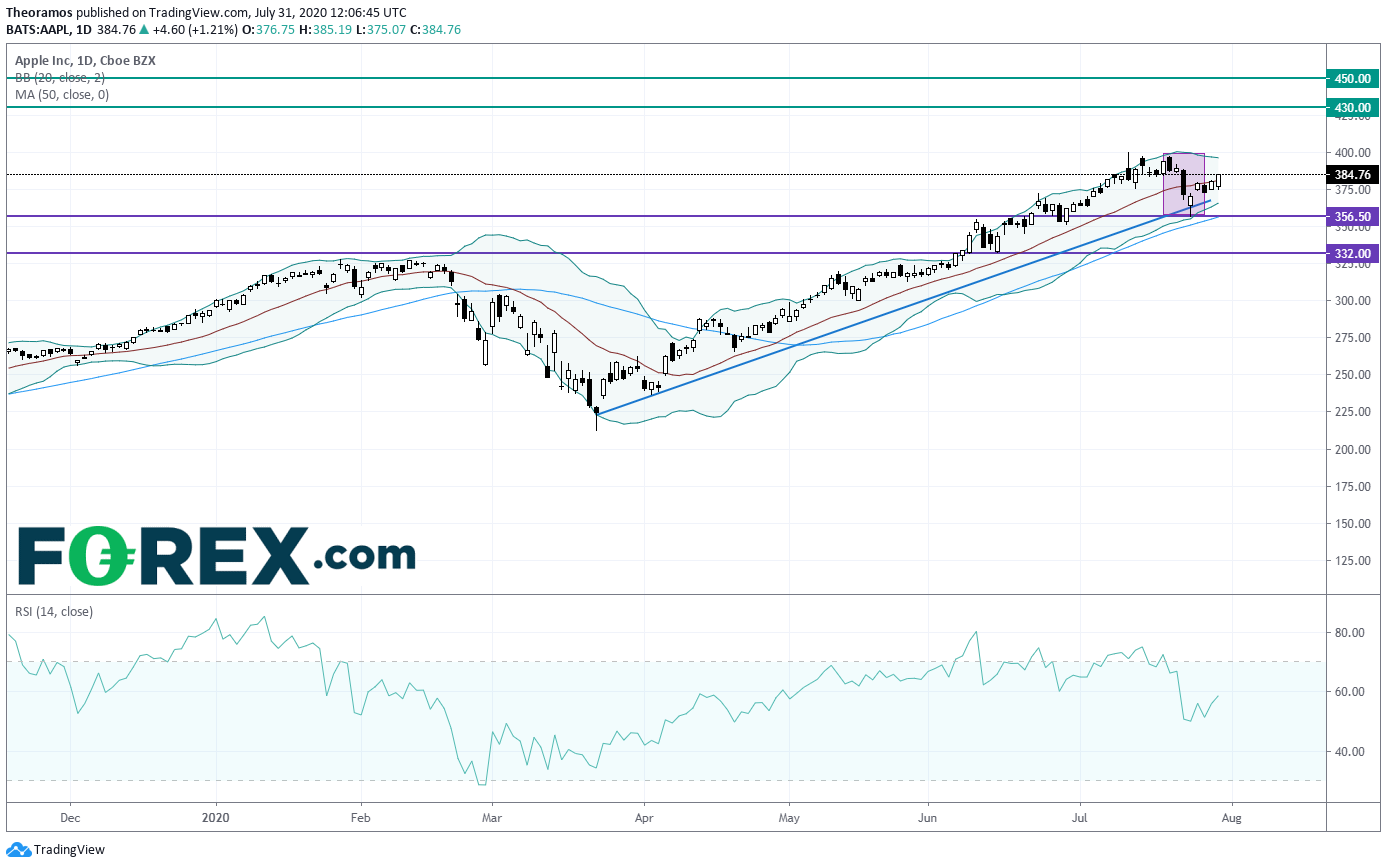 Facebook (FB), the largest online social network platform, posted second quarter EPS of 1.80 dollar, beating estimates, down from 1.99 dollar a year ago, on revenue of 18.7 billion dollars, better than expected, up from 16.9 billion dollars a year earlier. The stock price strongly increased in extended trading following that release.

Merck & Co (MRK), the pharma giant, is gaining ground before hours as the company reported quarterly results above estimates and raised its full year forecasts regarding adjusted EPS and sales.

Electronic Arts (EA), a global developer and publisher of video games, unveiled first quarter adjusted EPS of 1.42 dollar, exceeding estimates, up from 0.25 dollar a year ago, on adjusted sales of 1.4 billion dollars, above the consensus, up from 743.0 million dollars a year earlier.

Ford (F), the carmaker, gained some ground after hours as second quarter adjusted LPS was narrower than anticipated.