A boost in US consumer confidence fails to push indices higher

EURUSD jumps back into consolidation: Chart

The US Dollar was bearish against most of its major pairs on Tuesday with the exception of the CAD and JPY. On the US economic data front, Wholesale Inventories unexpectedly rose 0.5% on month in the August preliminary reading (-0.1% expected), compared to a revised -0.1% in the July final reading. Finally, the Conference Board's Consumer Confidence Index spiked to 101.8 on month in September (90.0 expected), from a revised 86.3 in August.

The Euro was bullish against most of its major pairs with the exception of the AUD. In Europe, France's INSEE has released September Consumer Confidence Index at 95 (vs 93 expected). The Bank of England has released the number of mortgage approvals for August at 84,700 (vs 71,300 expected). The European Commission has reported the Eurozone's September Economic Confidence Index rose from 87.5 to 91.1 (vs 89.0 expected). German CPI fell 0.2% in September in first estimation (-0.1% expected) after a 0.1% decline in August.

Looking at the most active major pairs, the EUR/USD jumped 74 pips to 1.174. The pair as entered back into its prior consolidation zone. A bearish cross remains in-play after the 20-day moving average crossed below the 50-day moving average however bearish momentum as so far failed to materialize. A break above 1.2015 would signal a resumption of the prior uptrend. A break below 1.1605 support could cause an acceleration lower towards 1.15 key support that was acting as resistance back in March. 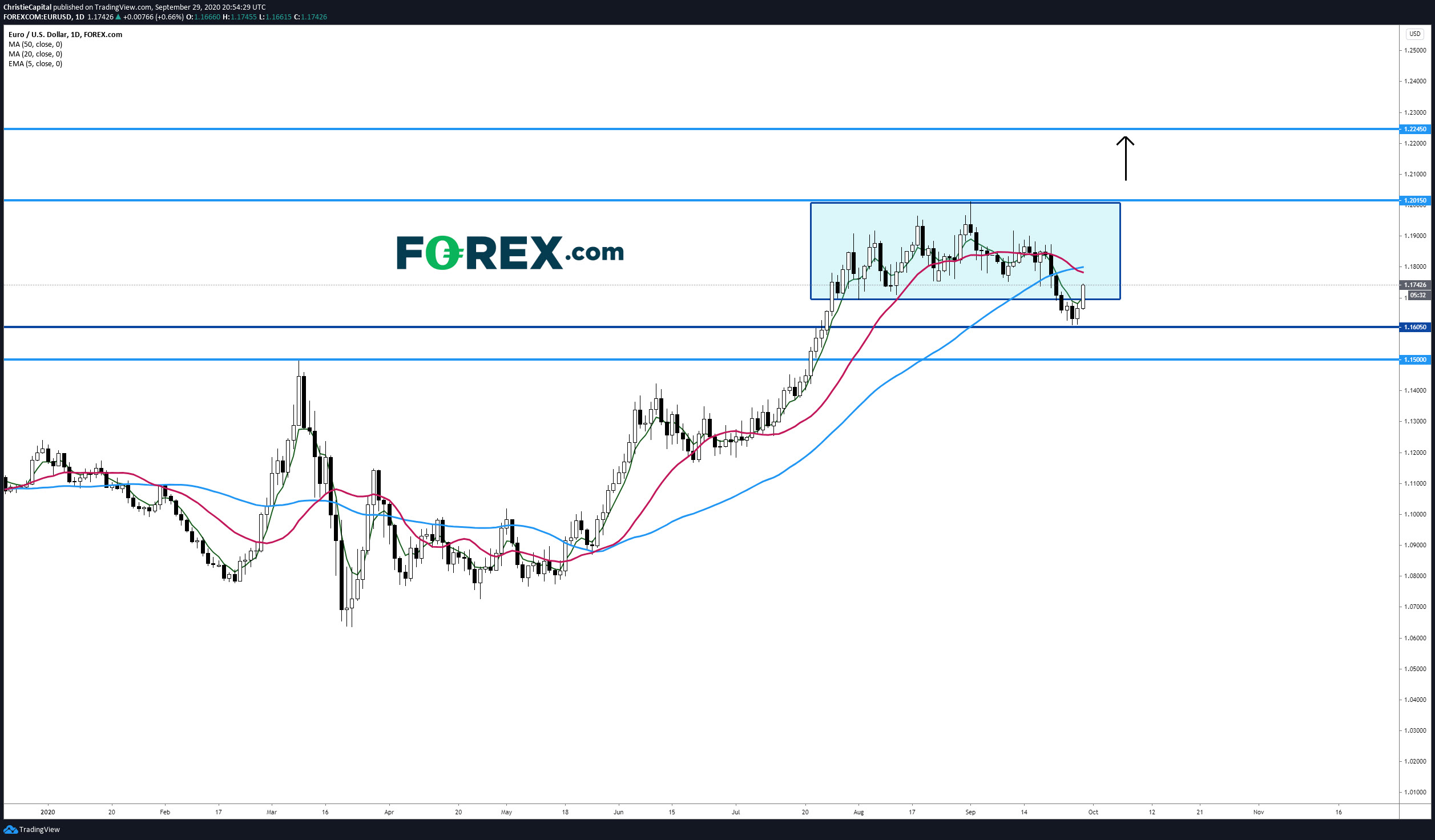