A Brexit deal may happen over the weekend: GBP/USD, EUR/GBP, GBP/CAD

What could happen to GBP pairs if a deal gets done this weekend?

Over the past month, it seems that almost daily a Brexit trade deal could be reached.  However, comments from both sides have changed seemingly almost every hour, causing volatility in GBP pairs.  This past week, traders appear to believe that some type of deal will be done, therefore causing Sterling to go bid!  What could happen to GBP if a deal gets done this weekend, while the markets are closed?

GBP/USD is up nearly 2.25% this week on hopes that a Brexit deal will be reached.  After Boris Johnson imposed a new deadline of Sunday night last weekend, the pair gapped higher as officials announced talks would continue this week.  GBP/USD traded from the bottom trendline of the upward sloping channel and broke out yesterday.  Today there appears to be some profit taking ahead of the weekend, as headline risk is a factor. 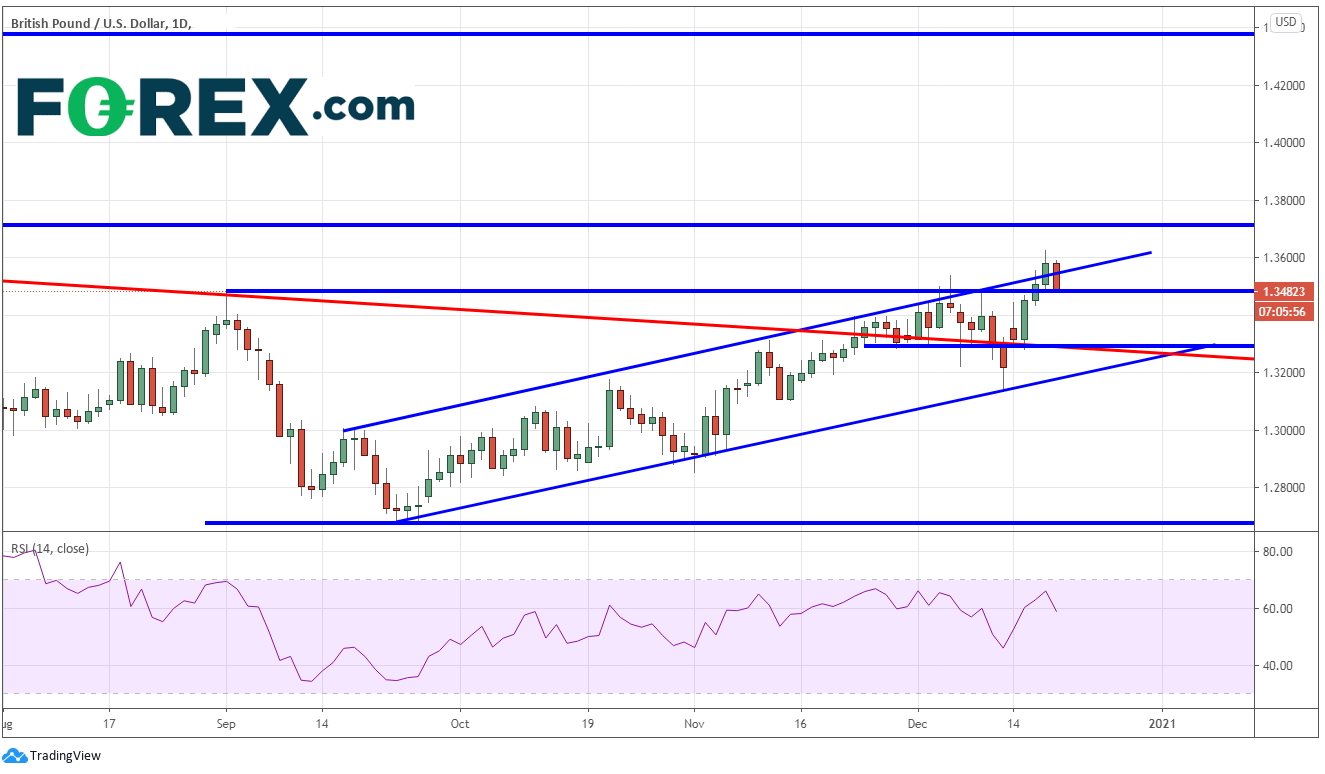 If a deal is reached, traders will be looking for the pair to gap higher on the Sunday night/Monday morning reopening.  Resistance levels to watch are the Feb 2018 lows near 1.3711 and the April 2018 highs near 1.4376.  Much of the market has been pricing in a deal this week.  Therefore, if there are strong indications that a deal will not be done, watch for last Fridays lows of 1.3134 to be reached, then the September 26th lows near 1.2675.

Much of the same (but opposite) can be said for EUR/GBP.  The pair formed a shooting star candlestick last Friday and gapped lower on the reopen Sunday night.  The pair has been oscillating around the apex of a longer-term triangle since it broke higher out of the descending channel on December 2nd.  Today, it appears as though there could be some profit taking, and EUR/GBP is up nearly 0.5% today. GBP/CAD moved  in a similar fashion to GBP/USD over the last week.  After putting in a low last Friday near 1.6769, price gapped higher on Monday and is up 2% this week.   Price broke through trendline resistance yesterday from the highs of November 23rd near 1.7274, however failed to close above it.  Today there appears to be profit taking as GBP/CAD remains below the trendline. 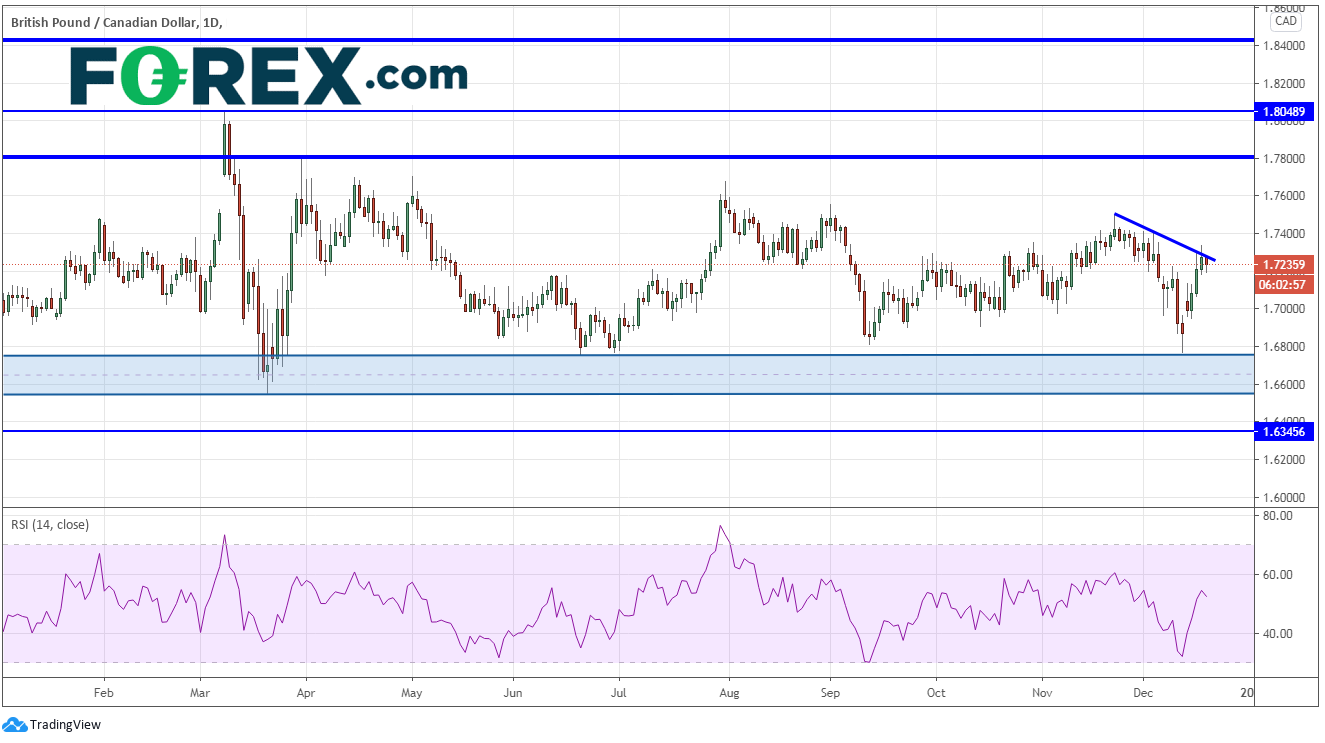 Remember that the levels mentioned are not guaranteed levels where support or resistance will hold.  They are only levels where something could happen, and traders should be aware of them.  As always, traders should use proper risk management, especially if trading during possible high volatility events.