The US Dollar was bearish against most of its major pairs on Tuesday with the exception of the JPY. On the economic data front, Housing Starts declined to 891K on month in April (900K expected), from a revised 1,276K in March. On Wednesday, the Mortgage Bankers Association's Mortgage Applications data for the week ending May 15th are expected. Finally, the Federal Open Market Committee (FOMC) is expected to hold a Meeting Minutes.

The Euro was bearish against most of its major pairs with the exception of the CHF, JPY and USD. In Europe, the U.K. Office for National Statistics has reported jobless rate for the three months to March at 3.9% (vs 4.3% expected). ZEW survey results of May have been released for Germany (current situation at -93.5 vs -87.6; Investors’ confidence at 51.0 vs 28.2 in April).


Using the “technical Insight” research tool under the Market Analysis tab, I searched for interesting Candlestick & Bar patterns and some price gaps were identified in the USD/CAD and the EUR/USD showing USD weakness after today's decline in the dollar index.

Here is a bearish gap in the USD/CAD 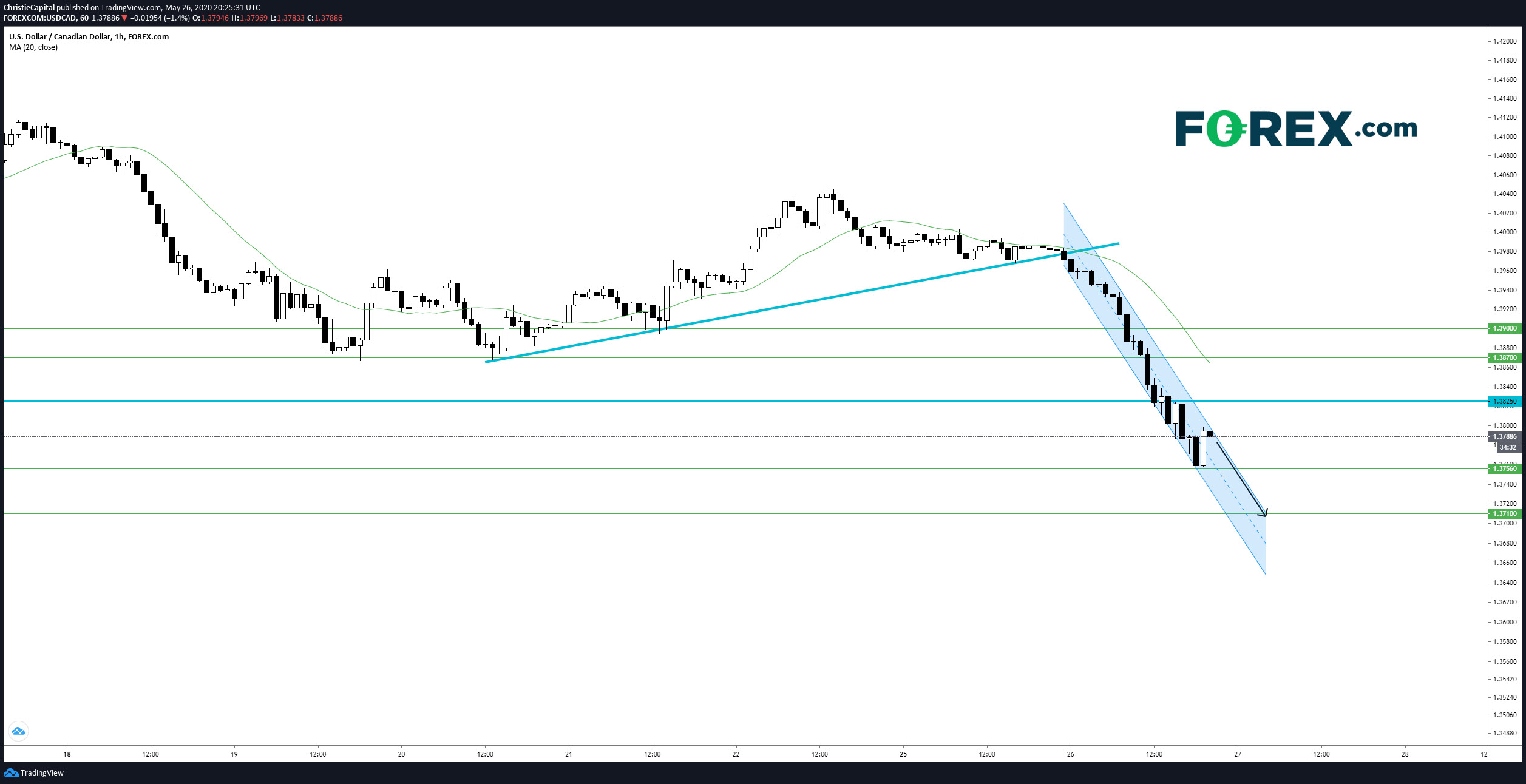