A50 Index Intraday Trend Remains Up on Mixed PMI Data

A50 Index currently rises around 0.2% after releasing the China PMI data....

A50 Index currently rises around 0.2% after releasing the China PMI data.

China's Caixin Manufacturing PMI dropped to 49.4 in April (50.5 expected) from 50.1 in March. The key findings included: "Output continues to recover, albeit at a mild pace (...) .but total new work declines again as export sales plummet (...) Input costs and output charges both fall."

From a technical point of view, the A50 index has validated a bullish breakout of the consolidation zone on the 30 minutes chart, indicating the resumption of the recent uptrend. Besides, the index has recorded a series of higher tops and higher bottoms since March 22. It suggests that the trend remains bullish.

The RSI reversed down after challenging the overbought level at 70. This momentum indicator suggests that the prices may have a consolidation move. However, the RSI remains bullish as the RSI does not break the support zone between 42 and 47.

In this case, as long as the support level at 13410 (around the rising 50-period moving average) is not broken, the index prices would challenge to the resistance levels at 13640 and 13740, representing 100% and 127.2% measured move of the previous up move. On the other hand, crossing below 13410 would erase the bullish bias and bring a return to the support level at 13270. 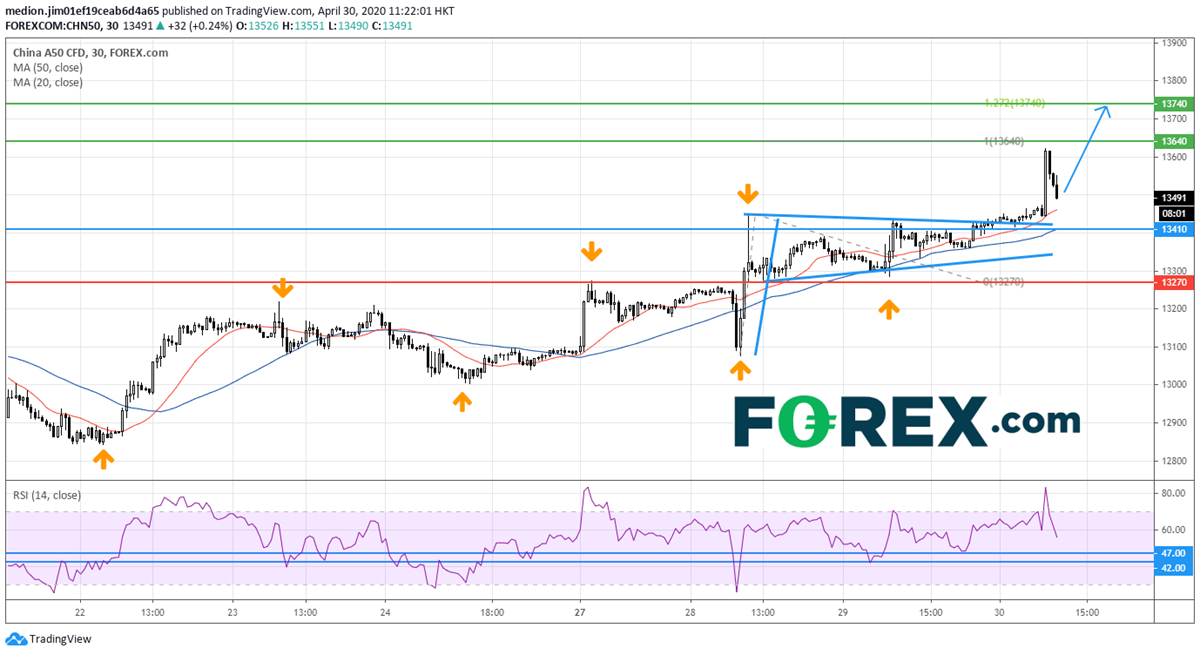