Is it a good chance to buy in Dip for Alibaba?

Alibaba (9988) dropped 7% after its Ant Group (6688) announced that it was notified by the Chinese regulators that its proposed A Share listing is suspended as the company may not meet listing qualifications or disclosure requirements.

In other news, U.S.'s White House has called a halt to blacklisting Alibaba and Antgroup, reported Reuters citing insiders.

Investors should be aware that the company will release the 3Q result on November 5, while investors would expect an EPS of $10.823 and revenue of $155 billion.

From a technical point of view, although the stock posted a pullback, it is still supported by a rising channel. In fact, the candlestick opened at the lower boundary of the bullish channel and edged higher during the intraday trading. It would suggest that a potential bullish reversal bar is forming.

Bullish readers could set the support level at HK$255, while the resistance levels would be located at HK$310 and HK$325. 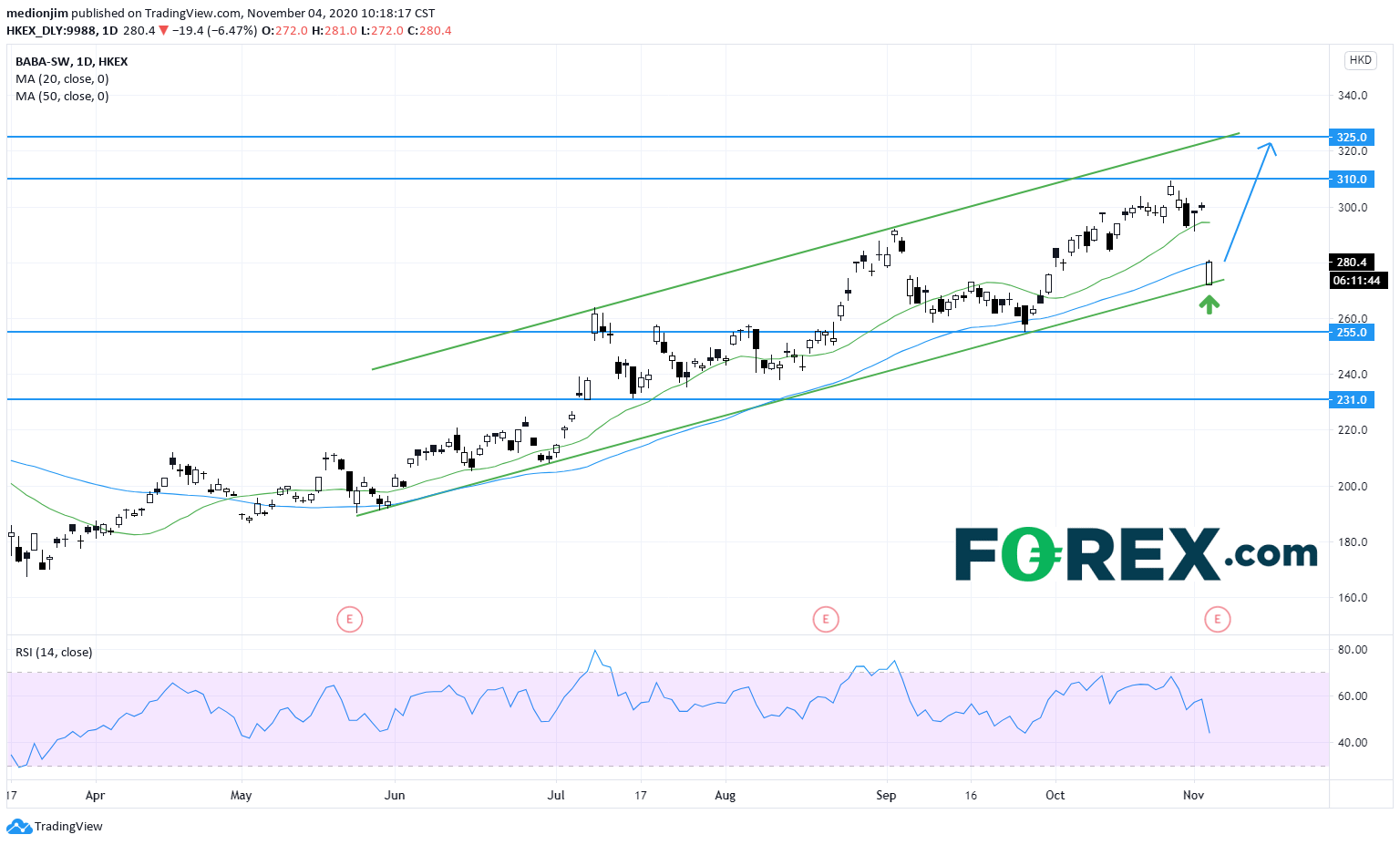