On balance, traders are cheering the report on the initial release, with the stock trading up about 4% in extended trading as we go to press...

Many market participants, ourselves included, refer to the period from mid-April to the end of May when major US companies report their results from the first quarter of the year as “earnings season.” And while that technically covers the period when almost all publicly-traded firms share their results, many traders are most interested in just a single week, or to be more precise, a 72-hour window when the most dominant, profitable megacap technology companies report…

…and that 72-hour window just kicked off with results from Alphabet, the parent company of Google!

Also of note, internal documents released last week showed that the company is considering hiring freezes and cutting marketing budgets by up to 50% in response to COVID-19, so the company is clearly wary about its near-term prospects.

On balance, traders are cheering the report on the initial release, with the stock trading up about 4% in extended trading as we go to press. That said, the after-hours trading is notoriously volatile and takes place on low volume, so traders will want to keep a close eye on where the stock opens for normal trading tomorrow morning.

From a technical perspective, Alphabet shed over 3% today before reporting earnings, so a slight bullish reaction to today’s release would only get the stock back to where it opened the week. The stock continues to churn at a critical area, with the $1260-$1275 area marking the confluence of the 50- and 200-day exponential moving averages, as well as the 50% Fibonacci retracement of the March swoon. 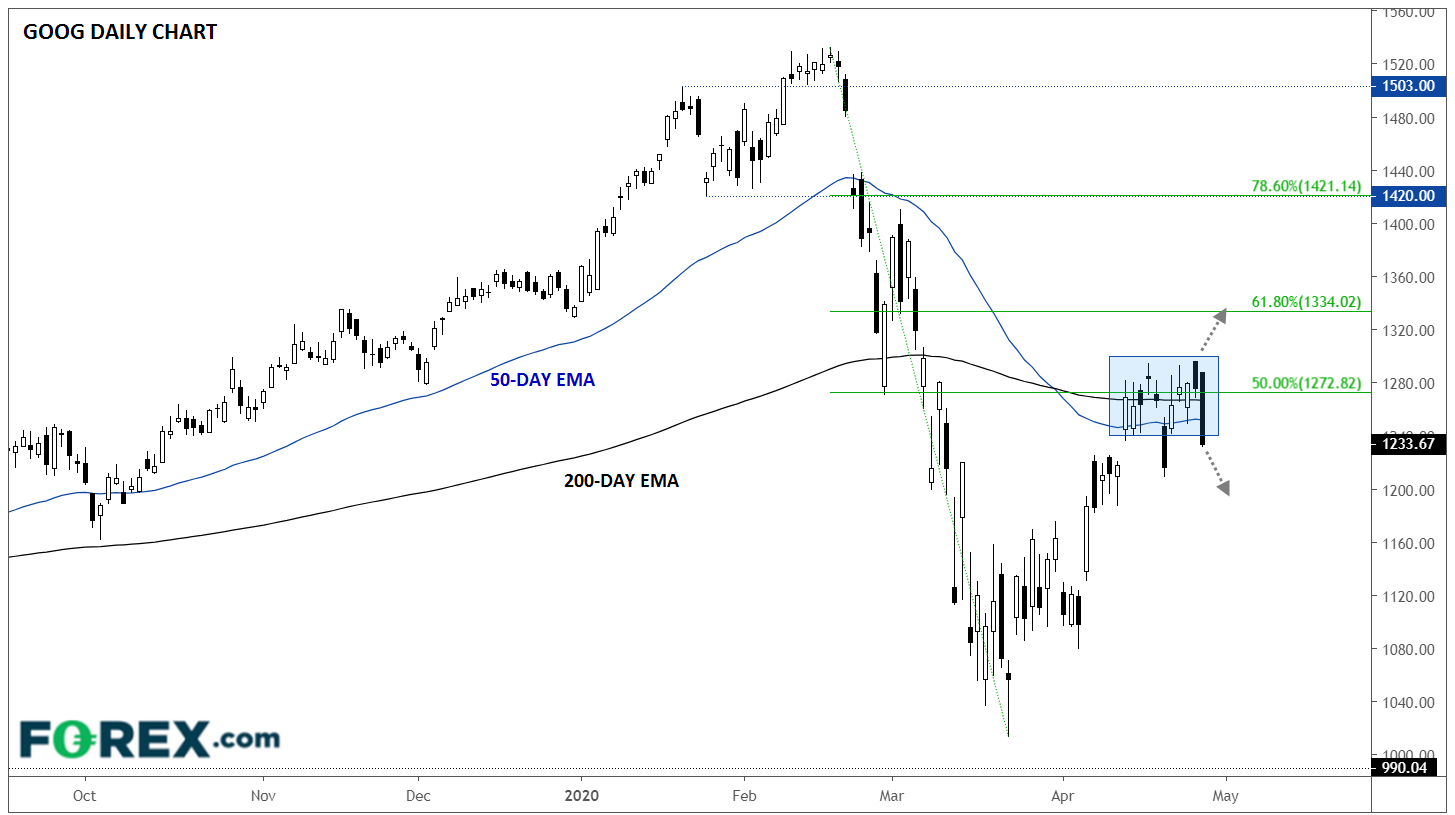 Overall, the most prudent course of action for traders may be to wait for a breakout beyon the two week range from $1240 to $1300 to signal the next tradable swing.

As the week proceeds, we’ll be following the earnings results from the other $500B+ market cap tech stocks including Facebook and Microsoft (tomorrow), as well as Apple and Amazon (Thursday), not to mention other noteworthy names like Tesla (tomorrow) and Twitter (Thursday). Stay tuned!