The European elections didn’t make for the most exciting FX open we’ve seen of late, although equities across the region breathed a slight sigh of relief that populism hadn’t taken over. If there were moves of interest worth noting, it’s that the British pound didn’t react too well to Nigel Farage’s Brexit party gaining a seat in European parliament, whilst British MPs queue up in drives to take Theresa May’s job. Of course, headline risks remain for GBP surrounding Brexit and UK politics remain, although a relatively quiet economic calendar could also see prices consolidate. Either way, we suspect the path of least resistance for GBP crosses is down. Especially since GBP traders increased their net-short exposure by 22.8k contracts last week, their most bearish weekly change since June 2018. 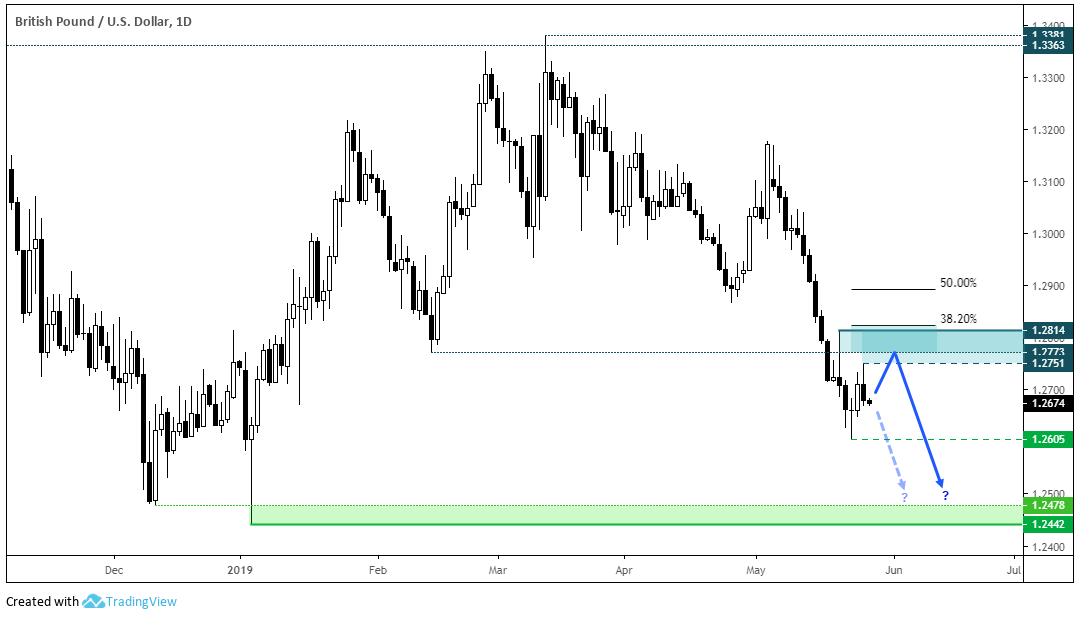 Despite thin trade and no economic data yesterday, GBP/USD took its cue from the European elections and traded lower. Technically we’re looking out for a swing high and yesterday’s bearish candle provides a dark cloud cover pattern, making it a potential candidate. The trend is clearly bearish and momentum is picking up pace, although we wouldn’t be against a deeper retracement before the next leg unfolds. If so, we’d consider fading into low volatility rallies beneath the 1.2773-1.2814 resistance zone with a view for bears to target the 1.2442-1.2478 lows. A break back above 1.2814 places it onto the backburner until the trend structure becomes clearer on the daily once more. 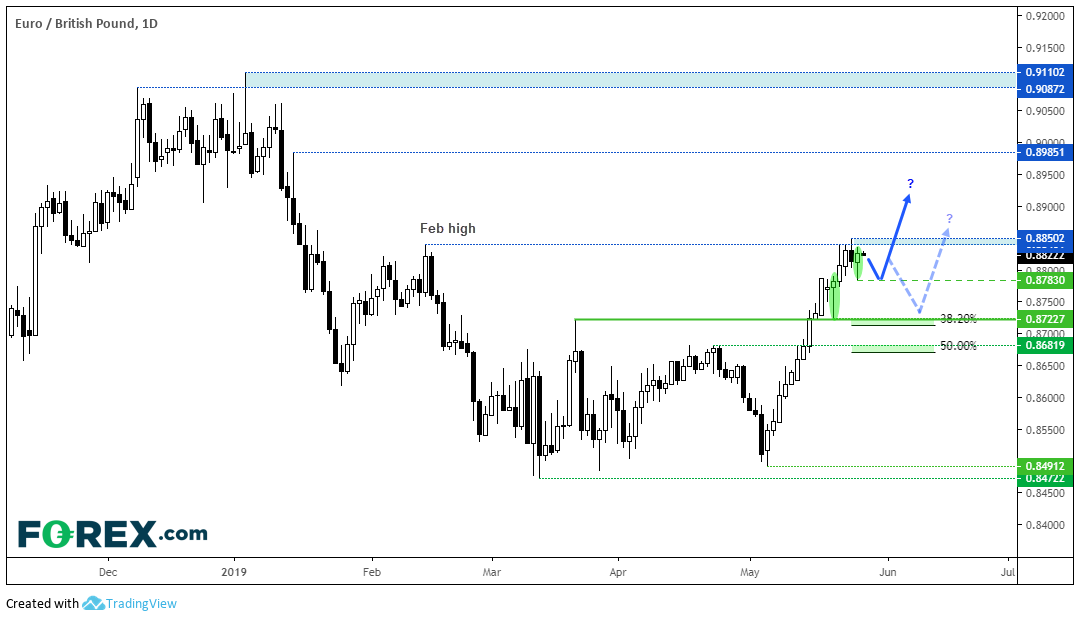 Currently hovering near February’s high, we suspect EUR/GBP could be headed higher given the strength of the rally from 0.8500. Retracements have been restricted to intraday timeframes and two bullish hammers mark support at 0.8725 and 0.8783. Although if EUR/GBP is to embark on a deeper correction first, there’s a decent zone of support around the 38.2% Fibonacci level, so we remain bullish above this area. Besides, as the rally from 0.85 has been in a relatively straight line, a retracement wouldn’t necessarily hurt the move. But ultimately, a break to new highs takes it into a new range with an unobscured view until the 0.8985 high.

Recent Analysis: Weekly COT Report: AUD Shorts Gain Traction Week Ahead: May Quits, EU Elections and Trade Wars
Bitcoin Could Target $10,000 If It Can Hold Above $8,500