Apple Back Out of “Bear Market” Territory

Coronavirus fears represent a significant near-term headwind for the stock, but the long-run impact will be limited.

Markets have been a rollercoaster over the past couple of weeks, and no megacap stock has seen a wilder ride than Apple (AAPL).

At this time less than two weeks ago, the technology and consumer electronic company was trading near $325, within 1% of its record high, and had a market capitalization in excess of $1.4T. As fears of supply chain disruptions in China and falling demand across the globe spread, the stock saw its own “bear market,” shedding over -21% as of Friday’s open to trade below $260 with a market capitalization of “only” about $1.1T. In just two weeks, Apple’s market cap declined by about $300B, the approximate value of Netflix (NFLX) and Tesla (TSLA)…combined!

The AAPL rollercoaster made a sharp reversal Friday, rallying nearly 7% off the lows to close near flat before tacking on another 9% yesterday. With the stock now trading back near $300 again, equity traders around the globe are asking: Where will AAPL go next?

From a fundamental perspective, coronavirus will undoubtedly take a big bite out of Apple’s business. As the revenue breakdown below shows, the company still derives about 80% of its sales from products like the iPhone (52%), Mac (11%), wearables/other (10%), and iPads (7%), despite the rapid growth in the company’s services division: 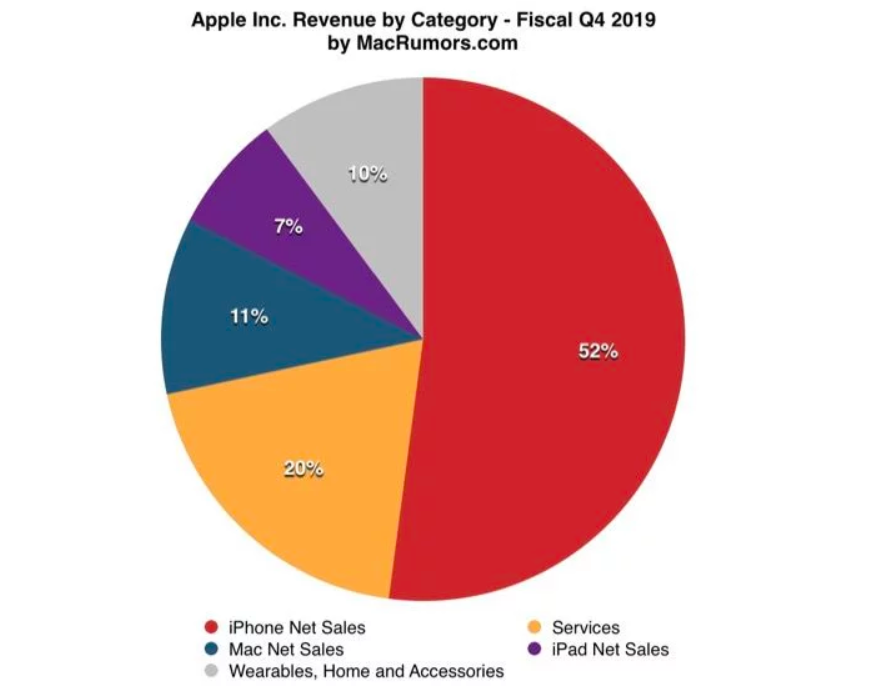 The majority of these products are manufactured in China and will therefore be vulnerable to shortages and supply chain delays through at least the first half of the year. On the other side of the equation, demand for Apple’s products will also see a temporary hit as consumers retrench and cut discretionary spending. That said, any downshift in demand will likely be temporary. Just because a person can’t get ahold of the newest iPhone in March doesn’t mean they’ll never upgrade; instead, they’ll merely postpone their purchase until April or May.

In other words, the current coronavirus fears represent a significant near-term headwind for the stock, but the long-run impact will likely be limited. Indeed, it could serve as an opportunity for the company to diversify its heavily China-dependent supply chain, making it more resistant to future disruptions in the region. So far, analysts are “looking through” the company’s current issues, with a median price target of $338 based on 11 analysts who have issued a recommendation on the stock in the last 3 months according to Nasdaq.

From a technical perspective, traders were briefly granted an opportunity that’s been relatively rare of late: the chance to buy AAPL near its 200-day exponential moving average. While the stock did break below its near-term bullish trend line and shorter-term 20- and 50-day EMAs, it found support at the 200-day EMA, similar to the drop we saw last August: 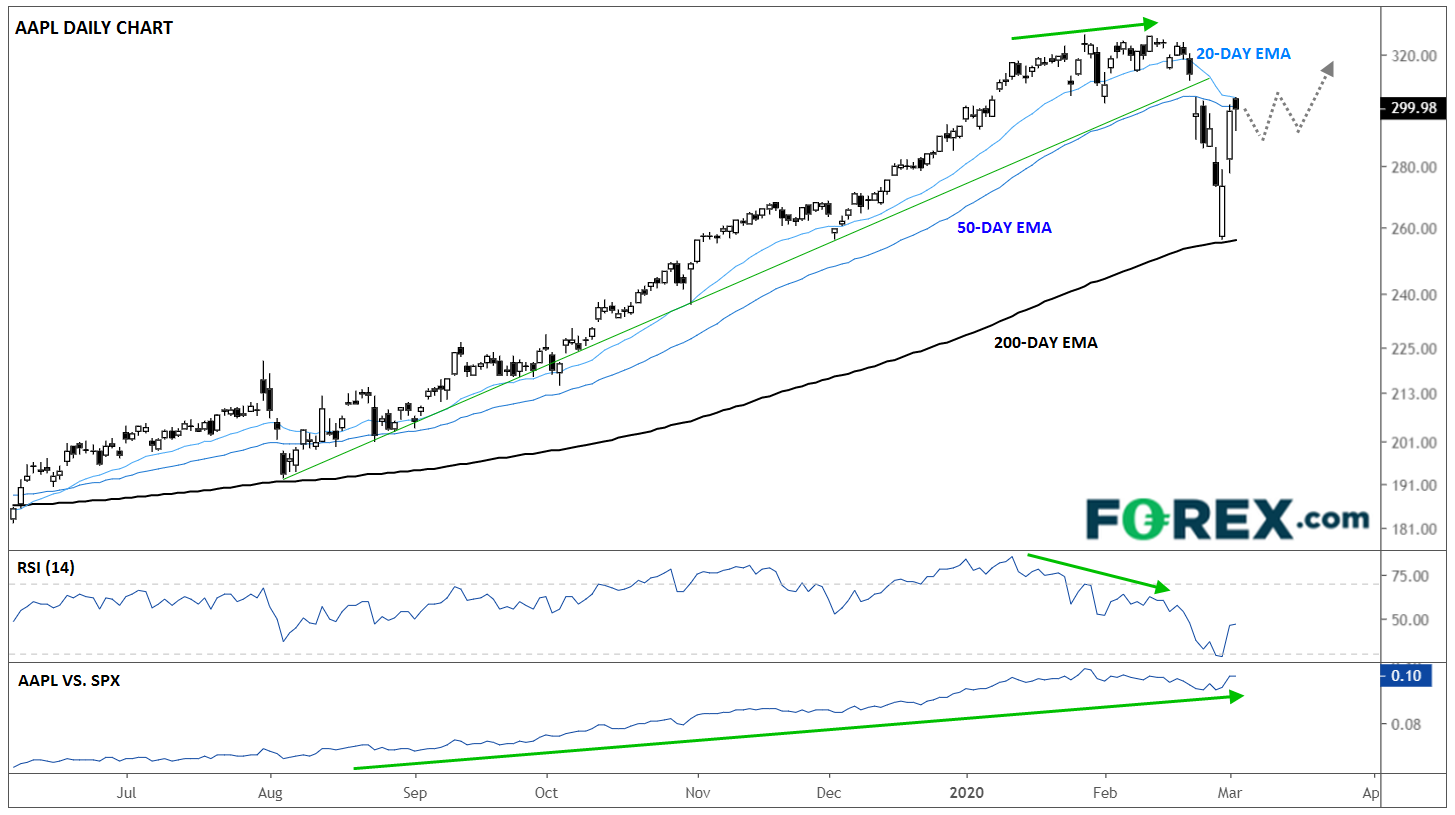 Put simply, the stock’s longer-term uptrend remains intact for the moment, despite the recent swoon.

The late-February drop alleviated Apple’s persistent bearish divergence with its RSI indicator, potentially clearing the way for another leg higher in the weeks to come. Meanwhile, the stock continues to outperform the broader S&P 500 index, showing relative strength even amidst the company’s somewhat idiosyncratic supply chain issues.

While we’re skeptical of the potential for an immediate “V-shaped” reversal back to new highs, a period of consolidation near current levels would be seen as a bullish sign (and of course, we could be wrong; we’ve underestimated the market’s “buy the dip” mentality in the past!). At this point, only a break below Friday’s intraday low and the 200-day EMA near $255 would call the longer-term uptrend into question.