Apple Enters the Phase of Consolidation

Today, Apple is going to hold the online event for a new product launch. Investors are expected that Apple will upgrade the Apple Watch with features, such as a faster processor and a blood oxygen meter. Apple watch is one of best selling devices for the company, which generated a revenue of $24.5 billion in fiscal 2019.

From a technical point of view, the stock posted an inverted V-shape reversal signal and broke below the 20-day moving average. The relative strength index also breaks below the rising trend line.

As the stock prices have not broken below the 50-day moving average and the 61.8% Fibonacci level at $108. It would expect that the stock remains in the phase of consolidation. A break below the support level at $108 would fill the gap at $96, which occurred on July 31.

Alternatively, only a break above the resistance level at $123 would rebuild the upward momentum and bring a re-test of $138. 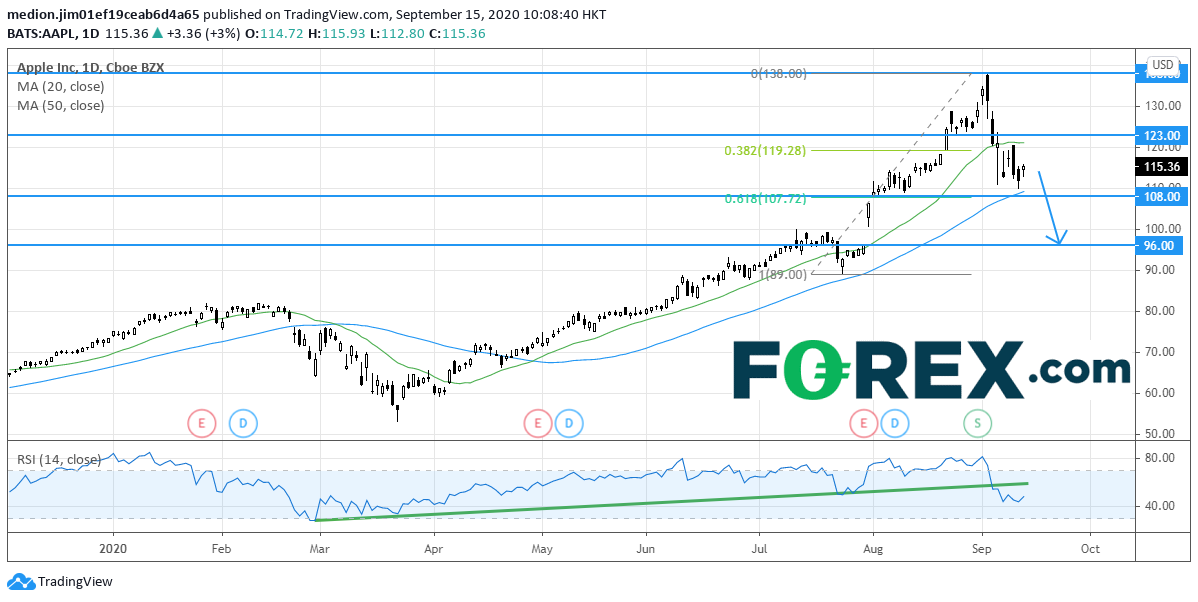