Ashtead Group, an industrial equipment rental company, reported that 2Q underlying EPS fell 6% on year to 54.3p and underlying EBITDA slipped 1% to 663 million pounds on rental revenue of 1.22 billion pounds, down 5% (-1% at constant exchange rates). The company proposed an interim dividend of 7.15p per share, unchanged from the prior-year period. Regarding the outlook, the company has raised its full-year rental revenue guidance to "-4% to -7%" from "-5% to -9%" previously.

From a chartist’s point of view, the stock price remains in a bullish trend, supported by the rising 20WMA currently at 2875p and by an ascending trend line (former resistance which will play a support role). The weekly RSI (14) is bullish and not overbought. Readers may want to consider the potential for opening Long positions above the horizontal support at 2784p with 3489p and 3840p as targets (Fibonacci projection levels). Only a break below 2784p would negate the bullish view and would call for a reversal down trend towards 2032p. 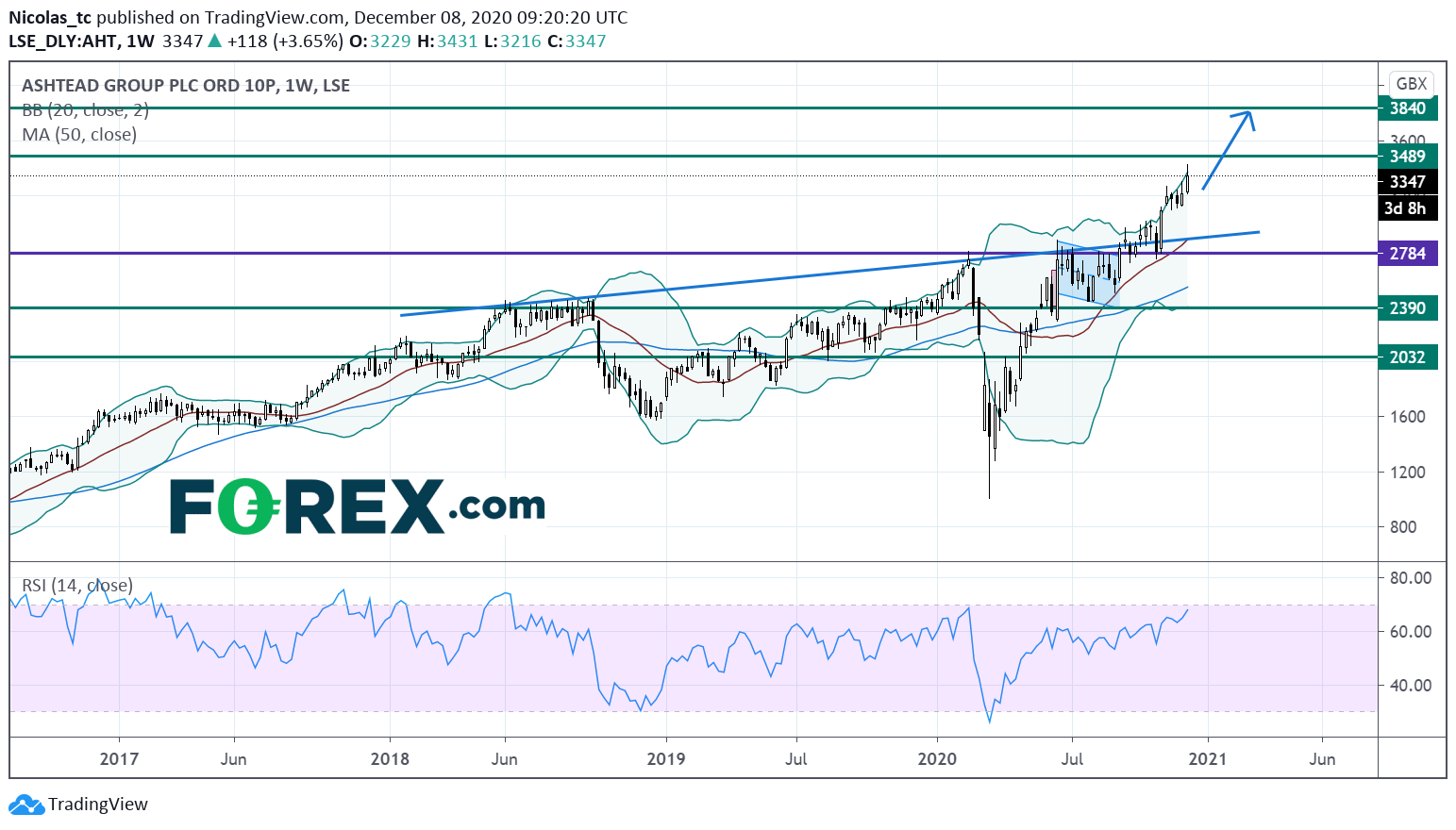