Canada’s inflation metrics rise across the board and beat estimates by a wide enough margin to increase the odds of some serious hiking by the BOC in June. 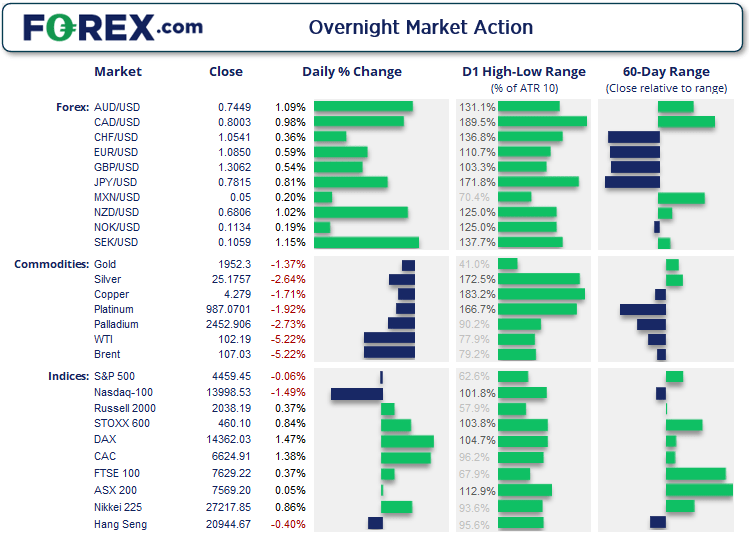 US indices diverged which saw the S&P 500 post a minor gain yet the Nasdaq selloff, after Netflix (NFLX) posted their first subscription drop in a decade. The stock fell as much as -38.4% overnight to eventually close down by around -30% during its worst day in nearly -decades.

ASX 200 falters at its record high

The ASX 200 came within 10 points of its record high yesterday. Yet it failed to hold onto gains, effectively closing flat and printing a bearish pinbar by the close. Given the 1-bar bearish reversal formed below its record high and closed back within the upper Keltner band, we suspect there’s a case for some mean reversion from current levels. Initial downside target for bears to consider is the 7525 high or 7500 (near the 10-day eMA). Should we see a particularly aggressive selloff then perhaps we can consider the next target at 7430.8. But until then, we’d look for evidence of a wing low around 7500. 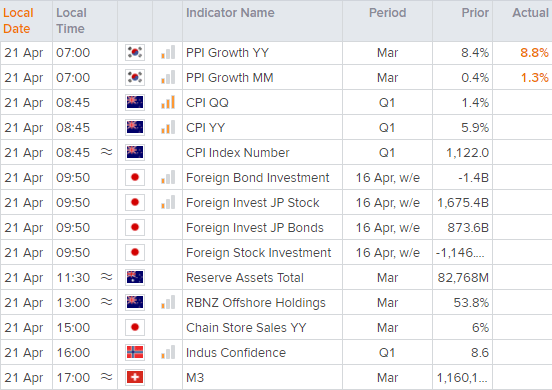