From a chartist point of view, the failure to confirm the upside breakout of former 2020 top area at 9200 is a significant sign of weakness. In addition, the stock is posting a Dark Cloud Cover: a bearish reversal candlestick pattern while at the same time the weekly RSI is posting a bearish divergence: both are strong signals likely to favour a downturn. As a consequence, traders might consider short position below 50% retracement of the decline since the top (invalidation level of the candlestick pattern) at 9300 to target a decline towards June bottom area at 8100 and even January top at 7800. Alternatively, an upside breakout of 9300 would lower the immediate corrective risk and favour another test of the 10k area. 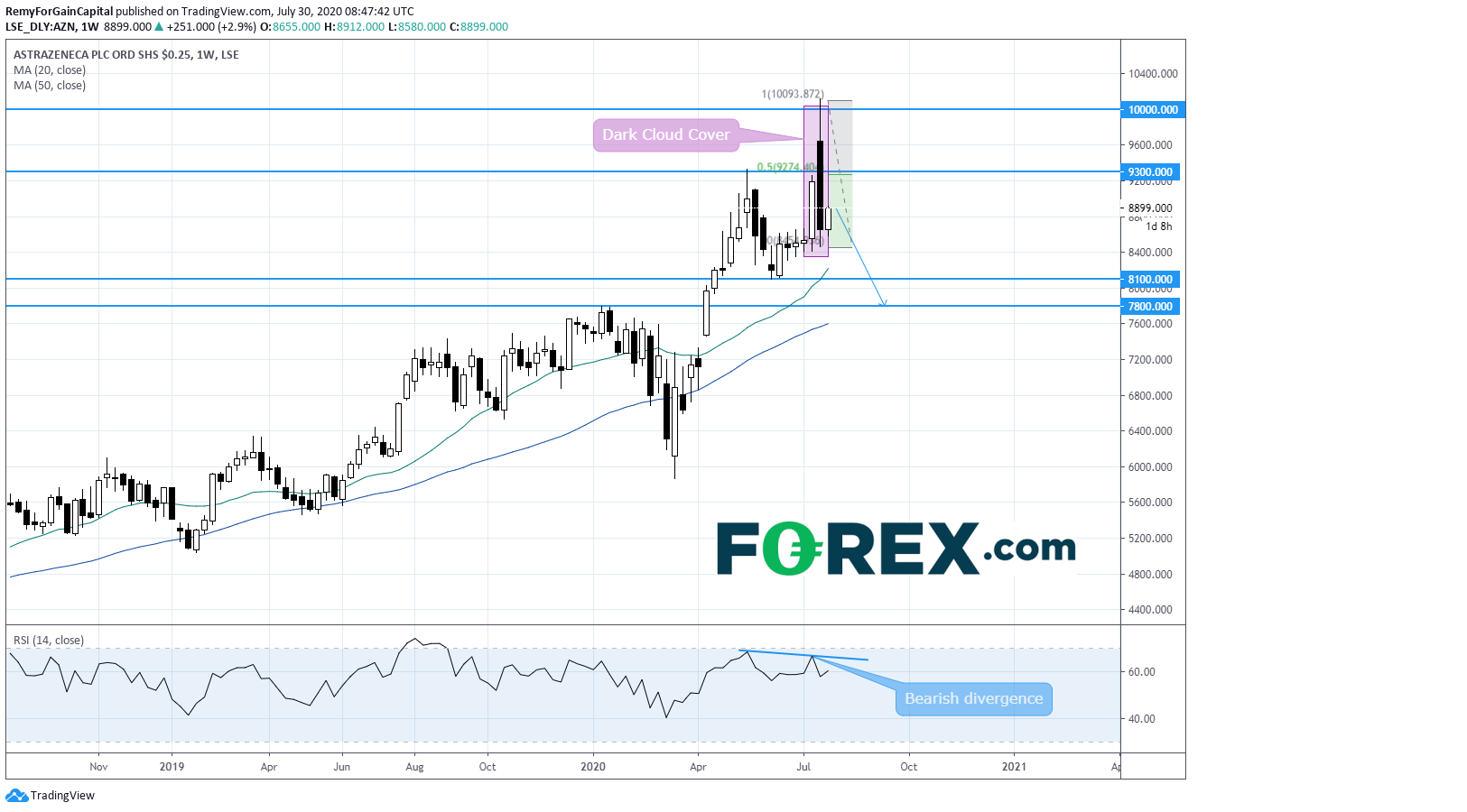