<p>Just hours ahead of Wednesday’s widely-anticipated FOMC statement, in which the Federal Reserve will provide the current outlook with respect to US monetary policy, equity markets remain relatively well-supported, the US dollar has strengthened, and gold remains pressured. These conditions have helped to extend a sharp pullback for AUD/USD from its new eight-month high of 0.7592 that was just reached early this week.</p> 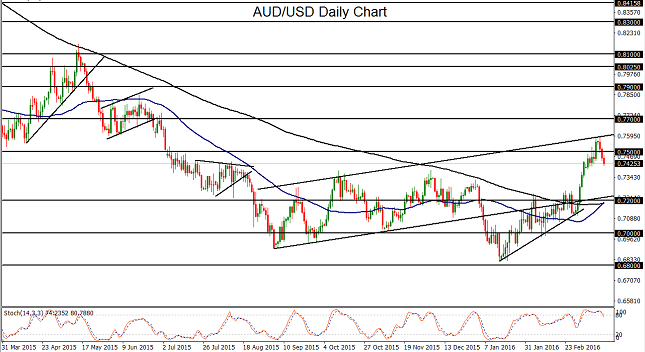