AUD/USD has spent more than a month climbing sharply as the US dollar has taken a dive while the Australian dollar has been on a strong rebound.

The US dollar was unable to make any meaningful gains on Tuesday, despite a rally earlier in the day that gave false hope of a possible rebound after the sharp dive since last week. The pronounced and persistent weakness in the US dollar in the past few days has helped keep major currency pairs like EUR/USD, GBP/USD and AUD/USD, aloft near recent significant highs. In the case of AUD/USD, the pair has spent more than a month climbing sharply as the US dollar has taken a dive while the Australian dollar has been on a strong rebound.

In the run-up to the jobs data, AUD/USD continues to trade within a strong uptrend since early December, with little in the way of any major pullbacks. Most recently, the currency pair hit a high at 0.7977 on Monday, just short of the 0.8000 psychological resistance level, a height not seen since late September. If the US dollar continues to suffer for the time being on persistent bearish sentiment, and Australia’s employment data once again beats expectations, the key upside level to watch remains at the important 0.8000 resistance level. A breakout above 0.8000 would confirm the strong bullish trend and bias, potentially targeting September’s 0.8100-area highs immediately to the upside. 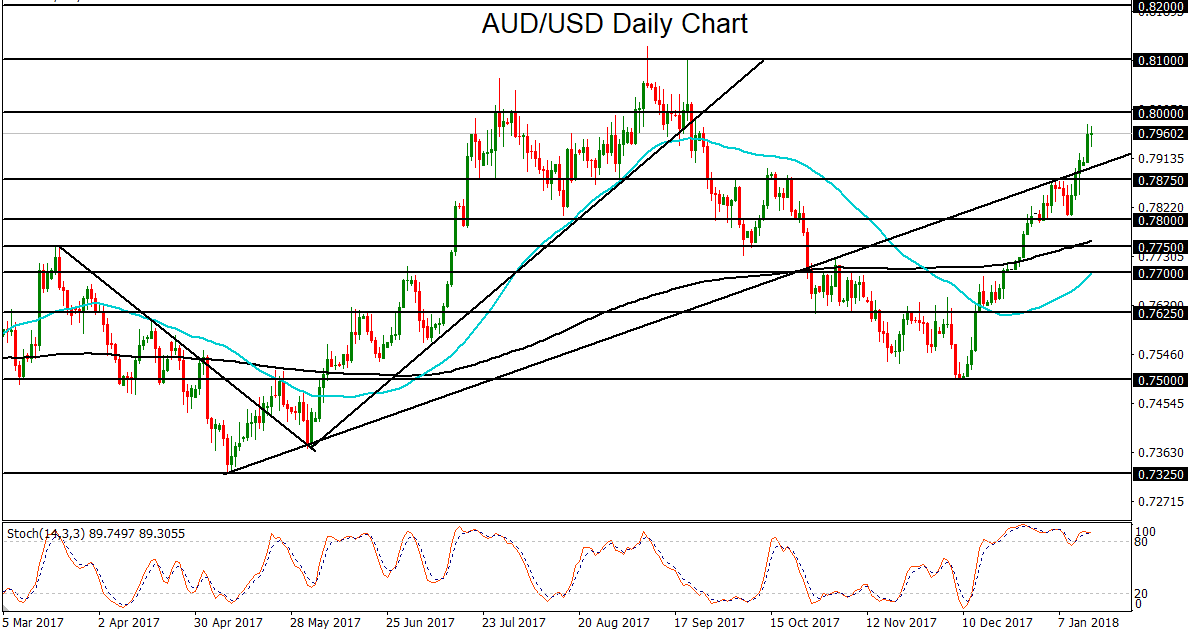