This week could potentially be pivotal for AUD/USD, as the Reserve Bank of Australia and the US Federal Reserve will both be announcing key interest rate decisions – the RBA on Tuesday and the Fed on Wednesday. 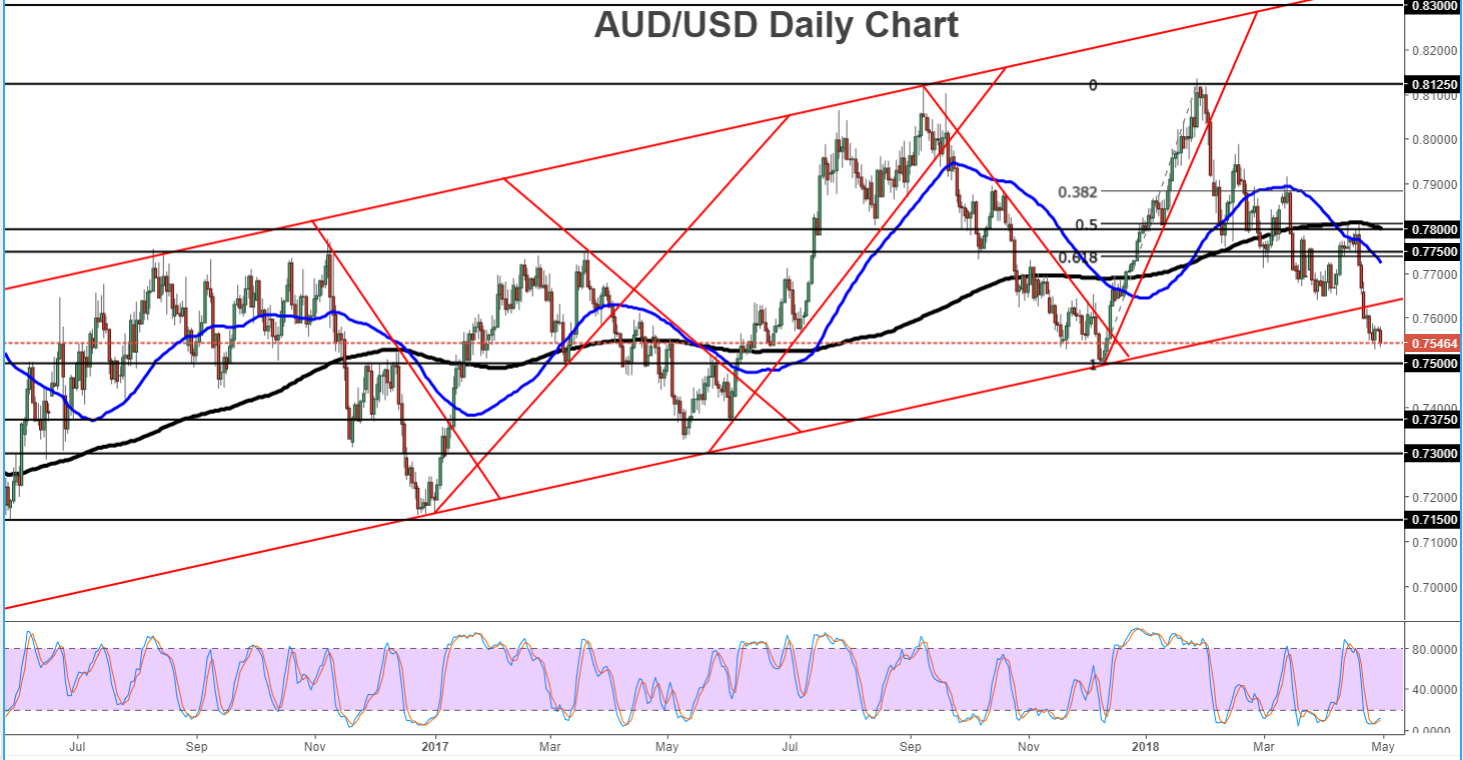