It has been a bullish start to week, with stocks on Wall Street hitting new records following on sharp gains seen in Europe. The insatiable appetite for risk has seen haven Japanese yen drop and risk-sensitive commodity dollars rise. Hence, the AUD/JPY is pushing higher today, confirming the bullish breakout that took place last week. The path of least resistance, therefore, remains to the upside for this pair as we enter arguably the last important week of 2019. 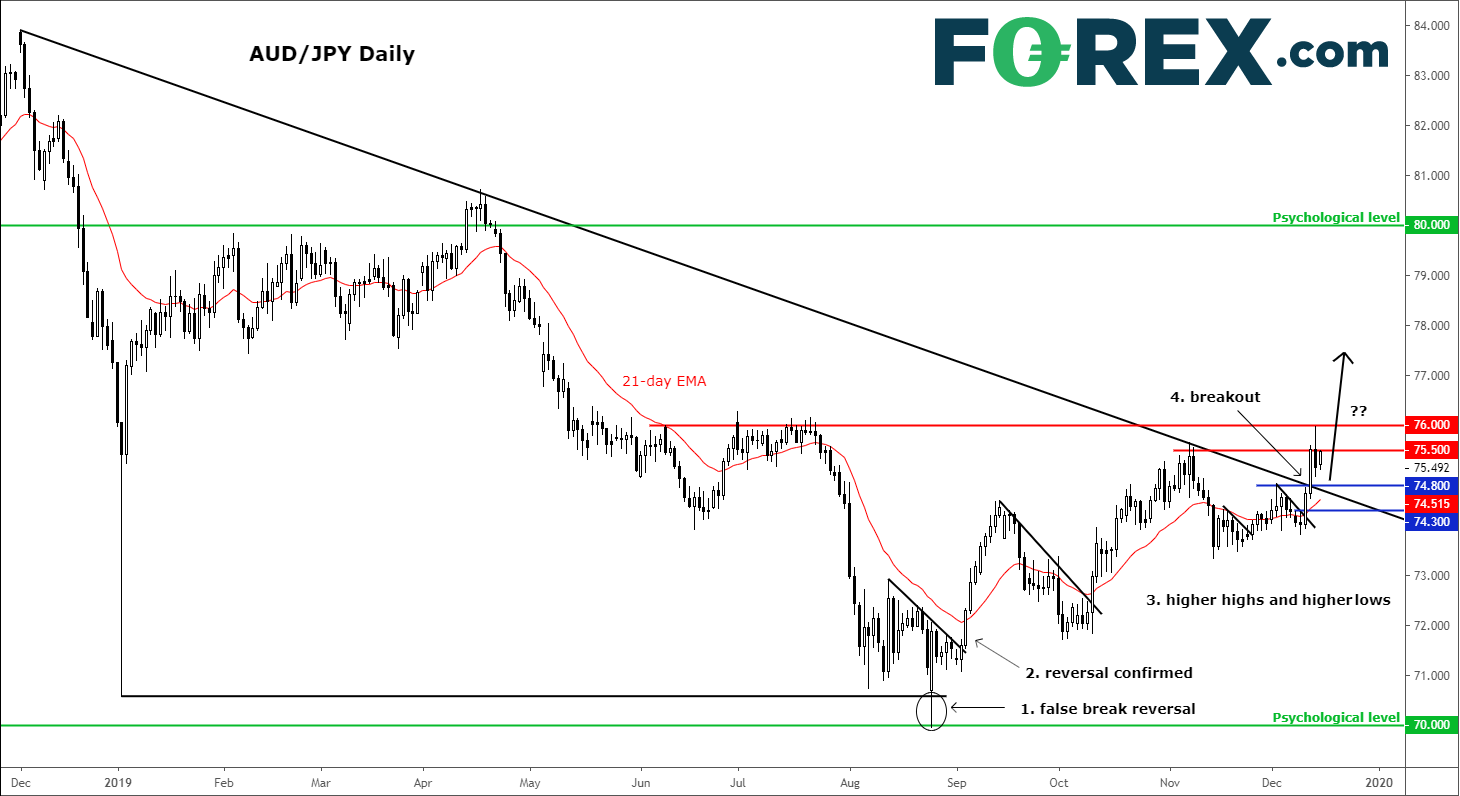 Sentiment towards risk assets have remained positive after the US and China managed to strike a phase one trade deal and as voters in the UK delivered a surprisingly large support for PM Boris Johnson’s Conservatives - this has likely paved the way for the Brexit Withdrawal Agreement to be finally passed through parliament, ending months of uncertainty.

As far as the AUD/JPY is concerned, this pair has found additional support from news China’s retail sales (+8% y/y) and industrial production (+6.2% y/y) both topped expectations as we found out earlier in the day. There will be more fundamental news to impact this pair this week, although the underlying force is the receding risks of US-China trade situation:

The key risks facing the AUD/JPY is that the US and China fail to sign their phase one trade deal, we see an escalation in the war of words between China and Europe or the Aussie employment data comes in significantly weaker than expected. But if these risks fail to materialise then the AUD/JPY could continue pushing higher in the days ahead. Key support seen at 74.80 then 74.30. Short-term potential resistance is seen around 75.50 and 76.00 – but these could break given that the underlying trend is bullish.
TAGS:
Forex
Share: