After forming that false break reversal pattern above the 0.8060/5 level earlier this month, the AUD/USD has broken several key support levels on the way down. But the key question remains: has the long-term bullish trend ended? Well, not really. 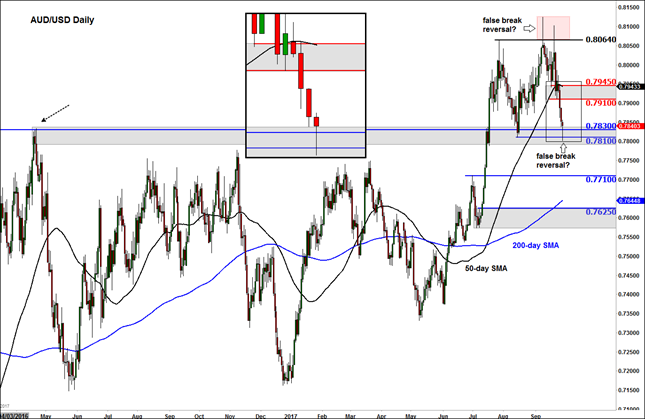