It is not a surprise to find that AUD/USD has been boosted by those economic data and news stories over the weekend...

Global market sentiment has been boosted by an unexpected improvement in the U.S. job market (a surprise surge of 2.509 million nonfarm payrolls in May).

Over the weekend, China reported that May exports fell 3.3% on year, much better than a decline of 6.5% expected.

Also, the Organization of the Petroleum Exporting Countries and its allies (OPEC+) agreed to a one-month extension of oil-production cuts, adding fuel to oil prices' recent rally.

The Australian dollar is highly co-related to prices of commodities, the main exports of Australia. And the Aussie is widely regarded as a proxy trade for China's economy in view of China's substantial purchases of commodities shipped from Australia.

So, it is not a surprise to find that AUD/USD has been boosted by those economic data and news stories over the weekend.

On a Daily Chart, AUD/USD continues a Bullish Bias after breaking above a Bullish Channel. 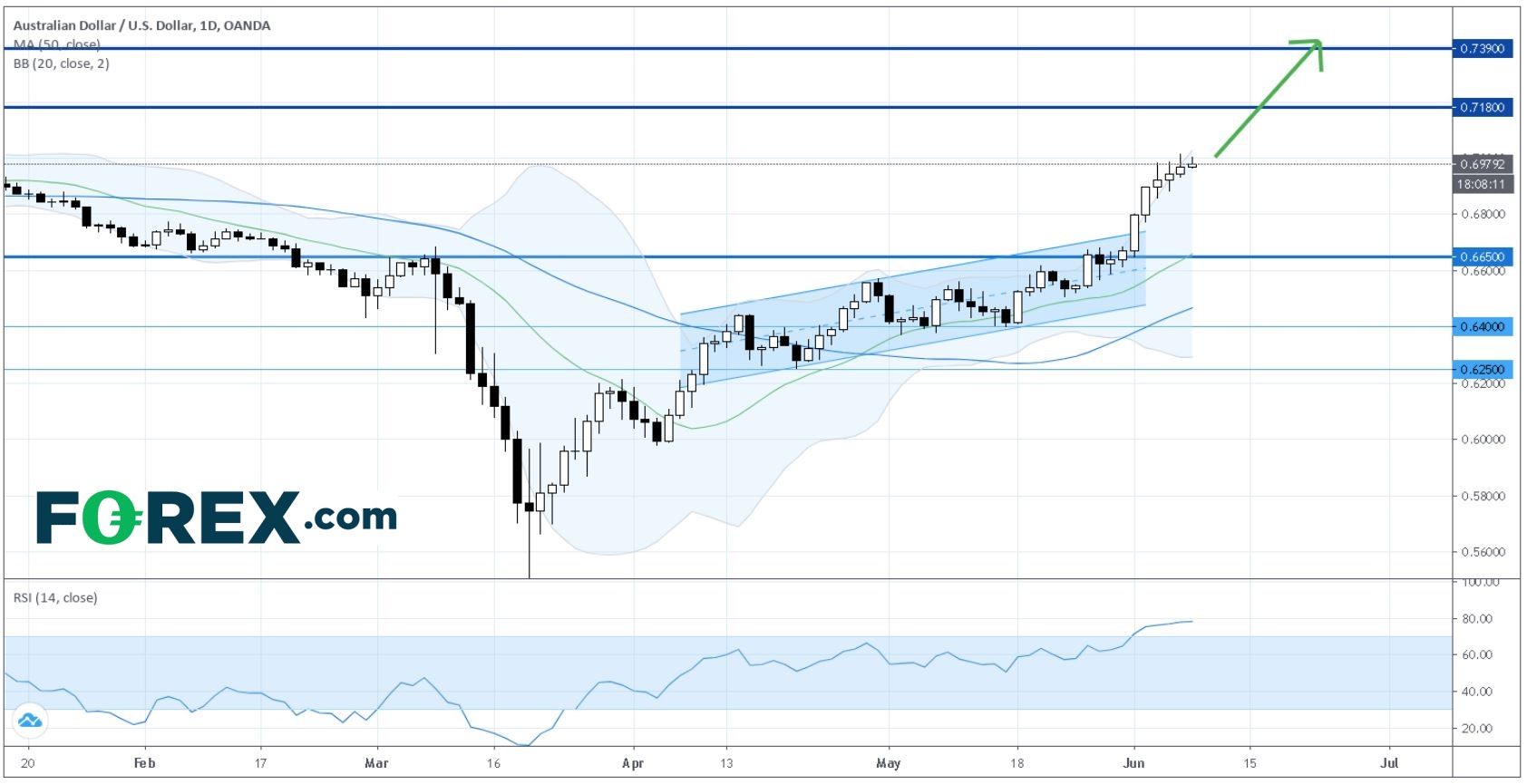 The pair keeps trading at levels close to the Upper Bollinger Band holding the short-term bias as bullish.

The Relative Strength Index is well directed above 80, showing Strong Upward Momentum for the pair.

The trailing Key Support has been raised to 0.6650.


Trading at levels above this Key Support, the pair is expected to encounter Overhead Resistance at 0.7180 (61.8% Fibonacci extrapolation from Key Support).