The risk-sensitive Aussie has been boosted by the rallying equity markets while retail sales data from Australia also beat expectations overnight. 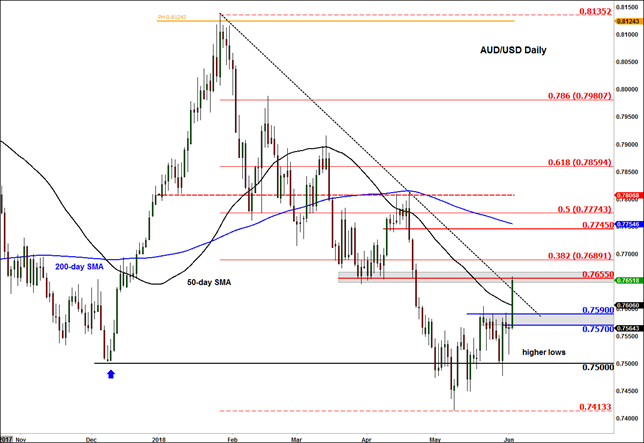