The pair is on its way to test Sept highs after a classic pattern breakout.

The US Dollar was bearish against most of its major pairs on Friday with the exception of the AUD. On Monday, no major economic data is expected.

The Euro was bullish against most of its major pairs with the exception of the CHF. In Europe, German September industrial production only rose 1.6% on month while +2.5% was expected, August figures have been revised lower from +0.5% to +0.2%.

The Federal Open Market Committee (FOMC) kept the Federal Funds Target Rate between 0.00% and 0.25%, as expected.

The Mortgage Bankers Association's Mortgage Applications rose 3.8% for the week ending October 30th, compared to +1.7% in the previous week.

Looking at the week's largest gainer, the AUD/USD comes out on top with a gain of 3.43% or 241 pips after confirming a key breakout. The pair has continued to show upside momentum after breaking above a declining trend channel and a falling wedge reversal pattern. As long as 0.715 can hold as support, look for a continuation higher to test recent highs near the 0.742 level posted back in September and the uptrend to continue higher. A break below 0.715 support would invalidate the pattern breakout and put pressure on the pair down to 0.699 support. 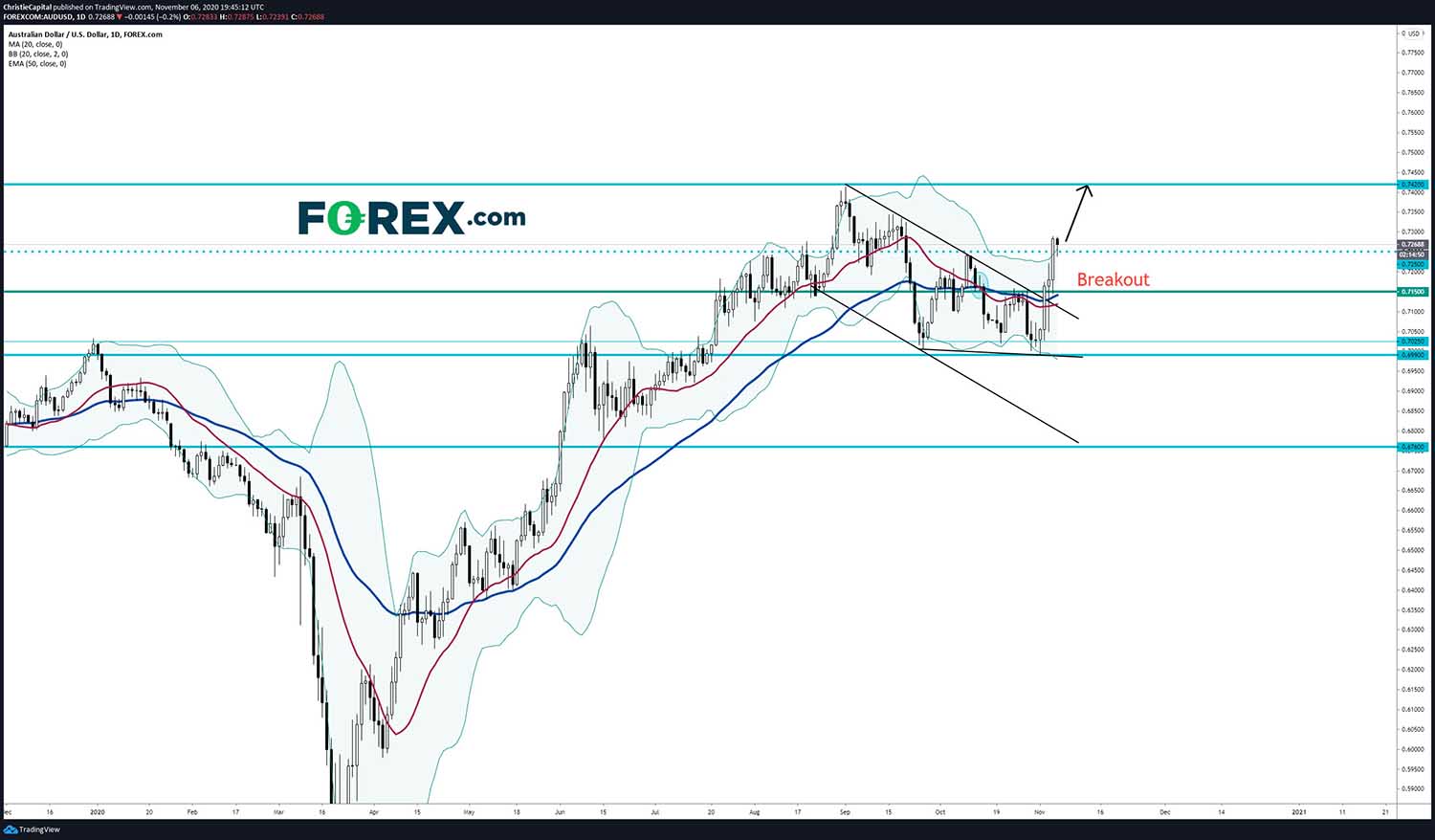