Amidst the second day of Fed Chairman Powell’s Humphrey-Hawkins testimony, disappointing UK inflation data, and a big rally in cryptoassets, the Australian dollar isn’t garnering too many headlines today.... 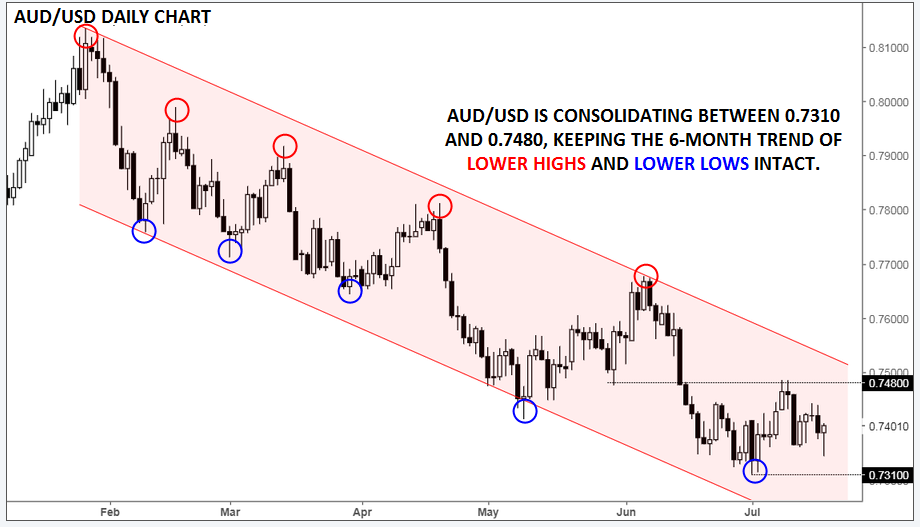