US banks kick off earnings season on April 13th and come at a time when banks' share prices are under performing the broader market. Interest rate hikes, recession fears and the Russian war mean that there will be plenty to watch for.

Banks kick off the Q1 2022 earning season on April 13th with JP Morgan, followed by Citigroup, Wells Fargo and Goldman Sachs on 14th April and Bank of America on April 18th.

Q1 has been a rough quarter for stocks across the board, including banks. The S&P Banks Index trades 11% lower year to date, underperforming the broader S&P index, which trades down 6% so far this year.

While surging inflation and the prospect of higher interest rates, strong consumer spending, and loan growth would usually boost banks, there have been plenty of negatives that could also hit Q1 profits and are keeping the share price under pressure.

Higher interest rates, but is the Fed looking to move too fast?

The Fed raised interest rates in the March meeting for the first time since 2018. The US central bank hikes rates by 25 basis points and are expected to hike rates by a further 50 basis points in the May meeting and possibly again in the June meeting. The outlook is for a higher interest rate environment, which means higher net interest income for the banks. This is broadly beneficial to the banks.

Higher interest rates have been on the cards for a while, so that they could be priced in by now. One of the fears that have gripped the banks is that the Fed acts too aggressively, tightening monetary policy and pushing the US economy into recession. The recent inversion in the yield curve, often considered a recession warning, adds to these concerns. 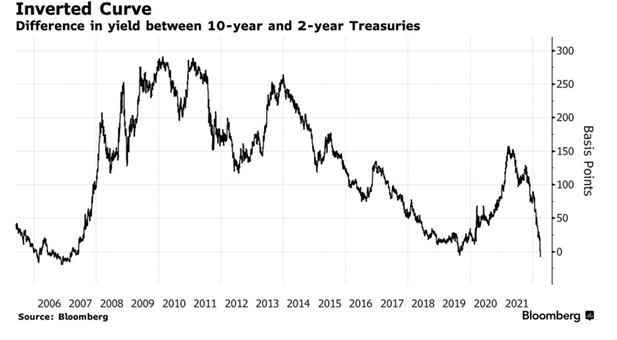 Banks’ share prices have been hit hard as the War unfolded and have failed to rebound at the same speed as some other stocks. Swings in asset prices, trading losses, bad loan write-downs, and charges for closing businesses in Russia or Ukraine could quickly offset the gains made from higher interest rates and more lending.

While market volatility has been elevated, which can be good for trading arms, it has been very choppy trading which can be bad news for dealers. There is also increased counterparty risk as bank clients come under stress, most notably within commodities trades.

Furthermore, there are operational risks to contend with to ensure that sanctions are being followed and the increased cyber threat, resulting in increased costs.

Citibank has struggled in recent years and has the potential for a big hit from the Russian war. Not only is it open to market exposure, but its consumer bank in Russia is also likely to suffer losses.  Total exposure to Russia sits at around $10 billion, and Citigroup warned that there was potential for it to lose half of that in an extreme scenario.

Citigroup’s decision to withdraw from Russia and cut its exposure raises the likelihood of a substantial loss. JP Morgan and Goldman Sachs have also said that they state unwinding operations in Russia and are not looking to take on new business there. Banks have broadly seen downward revisions in earnings, with Citi Group seeing steeper downward revisions than its peers, which explains its steeper selloff.

Despite the rising interest rate expectations, large banks have underperformed as investors become increasingly worried about the economic outlook, an inverted yield curve, and the fallout from the Russian war. Citi group could be one of the hardest hit this earnings season.