Banxico Preview: Higher inflation, but can they leave rates unchanged?

Mexico’s inflation rate for April was 6.08%, the highest since December 2017

As mentioned in the Week Ahead, it’s a slow week for Central Bank meetings.  However, the Bank of Mexico (Banxico) meets on Thursday to discuss interest rate policy.  Banixco has been lowering rates since before the pandemic began.  When the coronavirus hit in the spring of last year, they began to cut more aggressively (as did most central banks). Interest rates in Mexico are currently at 4% and the central bank is expected to leave rates unchanged when they meet this week.

However, Mexico is faced with rising inflation.  Last week, Mexico’s inflation rate for April was released and the print was 6.08%, the highest since December 2017!  At the Mexico’s last interest rate decision meeting in March, members noted that although inflation increased to 4.12% in March, they expected inflation on converge at 3% in Q2 of 2022.  With inflation now at 6.08%, will they change their target date for convergence at 3% or will they need to hike rates at some point to meet that goal?

What about the coronavirus?

The country remains at level Orange, one level below the top tier.  Roughly 15% of the population has been vaccinated and there are supply issues with the Russian Sputnik vaccine.  Banixco must try to balance monetary policy between the on-going coronavirus problem and rising inflation. 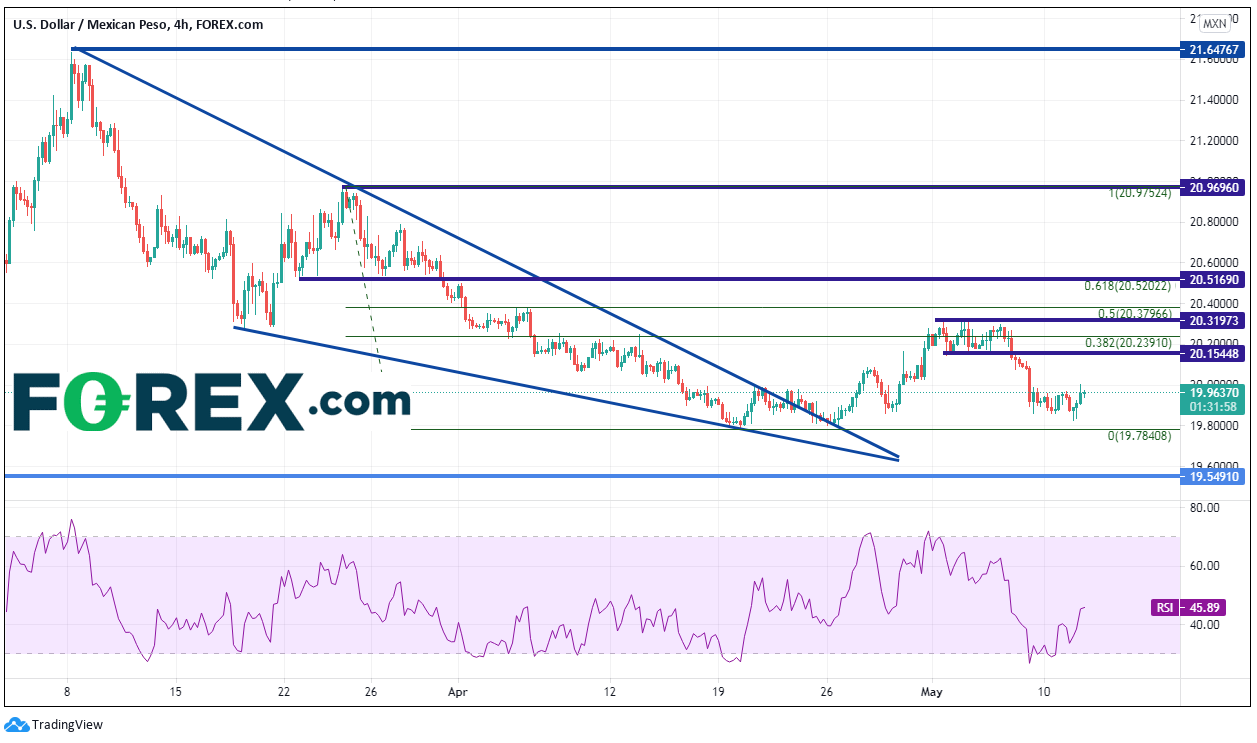 The expectations are for the Bank of Mexico to leave rates unchanged on Thursday.  However, with inflation at 3-year highs and the coronavirus still prevalent, the statement will be closely watch for clues as to the next move for Banxico.