Bayer, the pharmaceutical group, is nearing deals to resolve 50,000 to 85,000 of 125,000 U.S. cancer lawsuits over the use of its Roundup weedkiller, reported Bloomberg citing people familiar with the matter.

The settlements still need approval from the company’s supervisory board, in June.

Chris Loder, a U.S.-based spokesman for Bayer said “As we have said previously, the company will consider a resolution if it is financially reasonable and provides a process to resolve potential future litigation.”

From a technical perspective, the stock price has landed on a support at 55.3E (Lower Bollinger band + 50DMA) and is posting a rebound. The bullish gap opened above the 20DMA is a positive signal. However, the stock price remains stuck in trading range on a short term basis between 55.3E and 63E.

A breakout confirmation of 63E would confirm the bullish outlook with 68E as target.

Alternatively, a push below 55.3E would reinstate a bearish bias towards 50E. 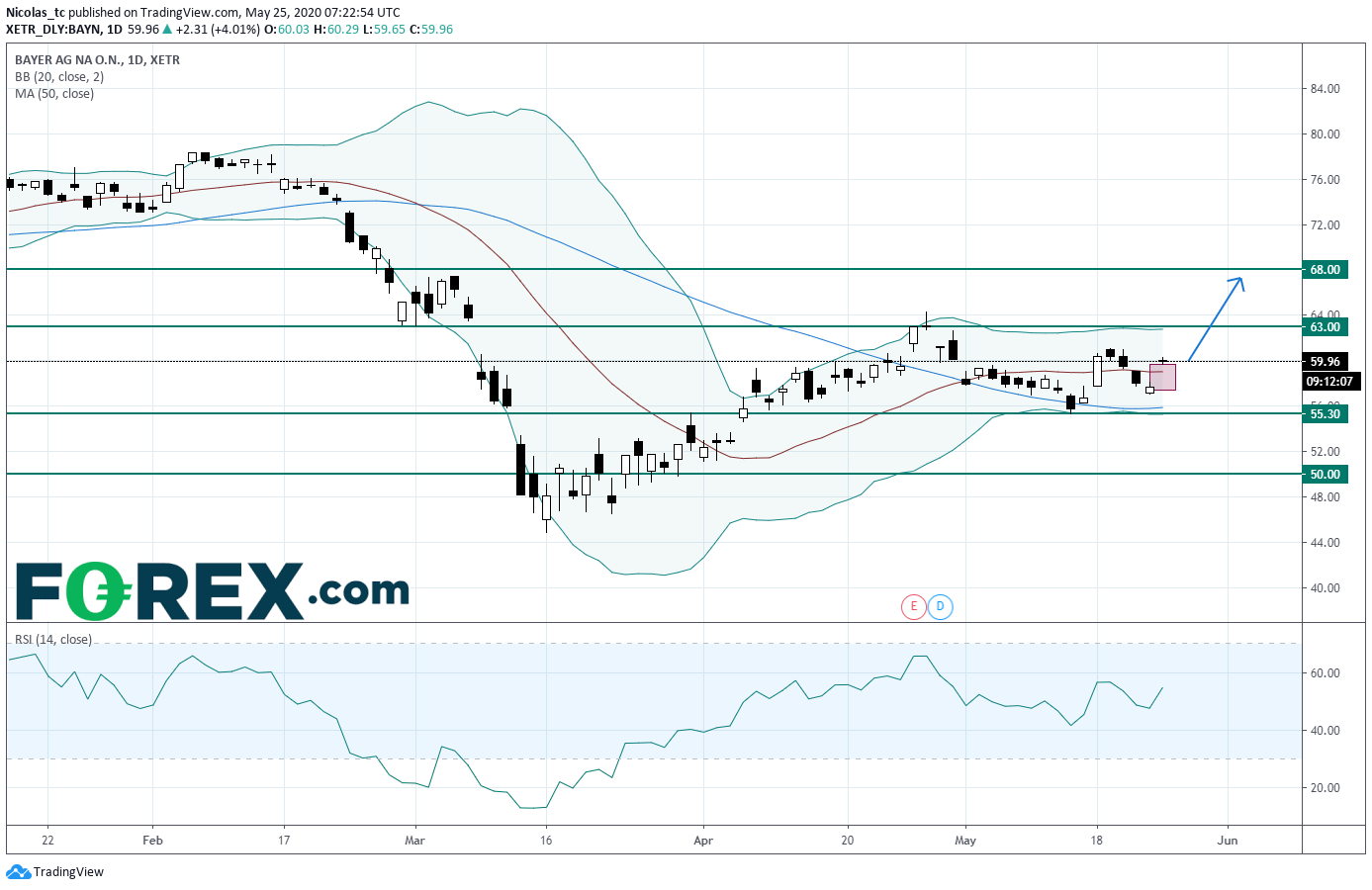