Although the BOE didn’t change monetary policy today, they did hint how they will proceed moving forward in terms of removing QE.

The Bank of England left rates unchanged at 0.1%, as expected, and voted 7-1 to leave the bond purchase program at 895 billion Pounds. The lone dissenter was Saunders, who voted to decrease total bond purchases to 830 billion Pounds.  As mentioned in our BOE Preview, some expected Ramsden to dissent as well. The BOE also revised their 2021 inflation forecast from 2.5% to 4%, however they expect it to fall back to the 2% target over the medium term.  This was somewhat expected, as they needed to play catch-up to other central banks with the “transitory inflation”.  In addition, the central bank noted that banks are ready for negative rates if needed. (However, at this point in time, it is extremely doubtful this will be needed).

One of the more notable takeaways from the meeting was that the BOE said they would begin to reduce their stock of bonds when rates were at 0.5%.  This is much lower than the previous threshold the central bank had set, which was at 1.5%.  In the press conference that followed, BOE Governor Bailey said that “If we stuck with 1.5% threshold for reversing QE, that would be tantamount to saying we were never doing it”.  In other words, it may take so long for the rates to get to 1.5% that they would be stuck with the bonds for a really long time!  He noted it is useful to have a predictable path for reversing QE.  Bailey also said that the MPC will not hesitate to reverse course if it becomes necessary.

GBP/USD was extremely volatile as the statement was released, trading between 1.3872 and 1.3946 during the 15 minutes after he release. 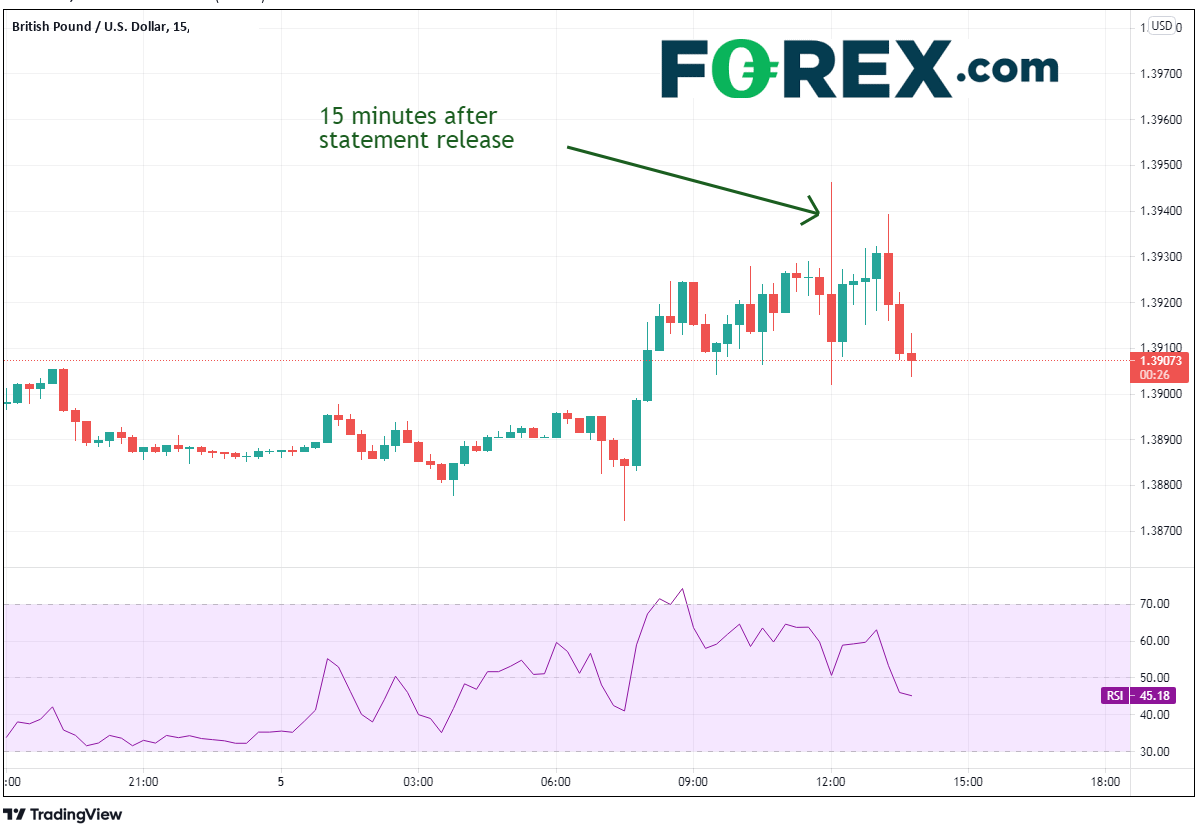 On a 240-minute timeframe, in what started to look like a possible inverted Head and Shoulders pattern, has turned into a pennant formation (the symmetry isn’t there for the inverted head and shoulders).  Regardless, both patterns appear to be bullish.  After moving off the lows at 1.3570 on July 20th, price retraced to the 61.8% Fibonacci retracement level from the June 1st highs to the July 20th lows near 1.3980 and paused.  Since July 30th, the pair has been consolidating in a pennant formation.  The target for a pennant is the length of the pennant “pole” added to the breakout point of the pennant.  In this case it is near 1.4310. 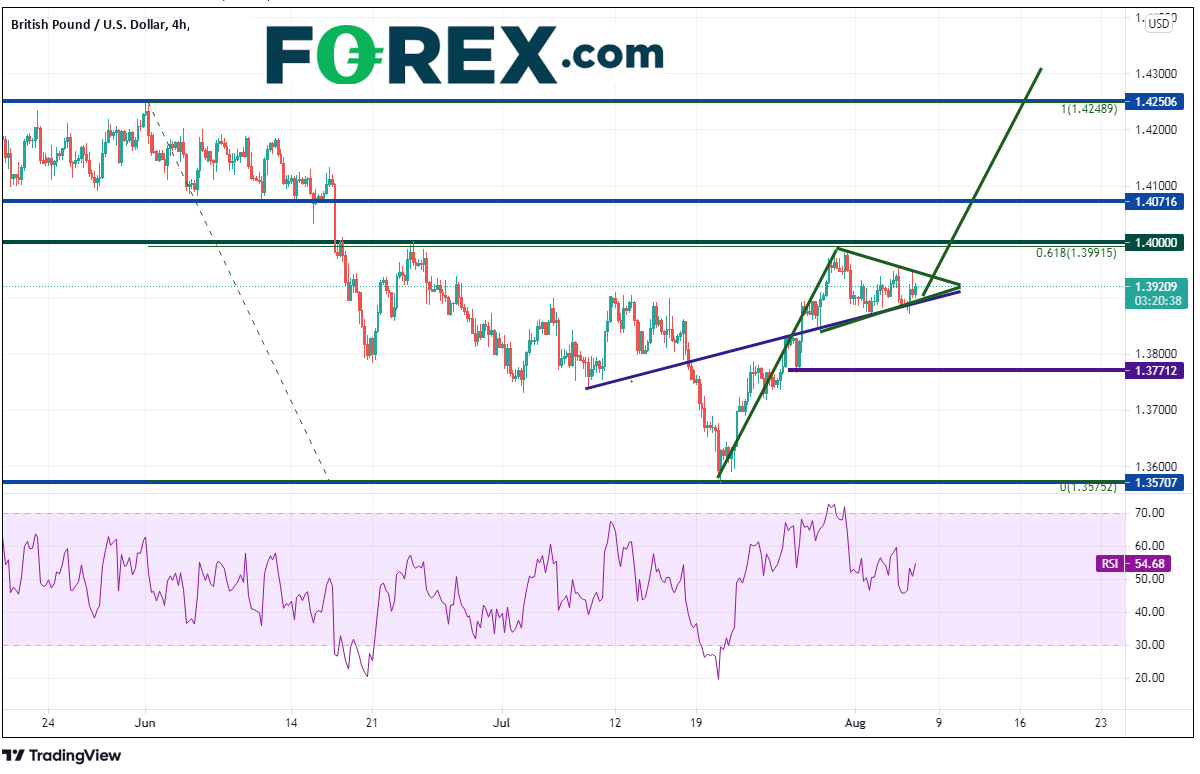 Near term resistance is at the downward sloping trendline of the pennant near 1.3945, then the previously mentioned 61.8% Fibonacci level, as well as the psychological round number resistance level of 1.4000.  Above there is horizontal resistance at 1.4072. However, if price fails to move higher out of the pennant, first support is at today’s lows near 1.3872, then horizontal support near 1.3810.  The next area of support is near 1.3771.

Although the BOE didn’t change monetary policy today, they did hint how they will proceed moving forward in terms of removing QE.  But with the bond purchase program set to expire at the end of the year, expect the BOE to stay the course unless something dramatic changes in the near-term (ie massive increase in coronavirus cases or huge downside miss in economic data).  Tomorrow’s NFP data from the US may provide the next direction for GBP/USD.