The BoE is almost certain to keep interest rates and QE unchanged at 0.75% and £435 billion, respectively. The vote on both fronts is expected to be unanimous. So, what matters for the markets will be the BoE’s forward guidance and any noticeable changes in inflation and growth forecasts.

At the top of the hour, the Bank of England will inform us about their decision on interest rates and QE. It will also publish the minutes of the meeting as well as the Quarterly Inflation Report at the same time. Governor Mark Carney will then deliver the BoE press conference, which starts at 12:30 BST. The BoE is almost certain to keep interest rates and QE unchanged at 0.75% and £435 billion, respectively. The vote on both fronts is expected to be unanimous. So, what matters for the markets will be the BoE’s forward guidance and any noticeable changes in inflation and growth forecasts. Carney’s press conference should be a lively one.

Ahead of the BoE’s so-called “Super Thursday,” the GBP/USD has dropped to a new low for the year of 1.2085. The cable is no doubt hurt by the rallying US dollar, which rose after the Fed’s expected 25 basis point rate cut — the first trim since 2008 — was accompanied by a less dovish than expected tone from Chairman Jerome Powell, as he didn’t signal the start of a series of reductions. However, the pound was also struggling against other currencies with the GBP crosses all hovering near their recent lows at the time of writing, suggesting not many people were expecting the BoE to come to the rescue.

The Bank, already concerned about the markets under-pricing the risks of a no-deal Brexit, will be more concerned now that the new UK Prime Minister is hard-line Brexiteer, who has vowed to take the UK out of the European Union on 31st October come what may. However, the pound’s initial reaction was muted to Boris Johnson’s victory last week as this was already priced in and the legal framework was in place to make a no-deal exit harder to achieve, regardless of who became PM. Still, the pound could not find much support from short-covering and before long it resumed lower.

It is likely that the boffins at the BoE may have now become more dovish on the outlook for interest rates and the economy. In fact, some would argue they should already be alarmed by how domestic data has taken a sharp downturn in recent months, following a similar pattern in mainland Europe. Judging by what the presumably well-informed ECB’s Mario Draghi said in his presser last week — that the Eurozone’s economic outlook is becoming “worse and worse” — this bodes ill for the UK’s exports and thus economy. The Bank’s Monetary Policy Committee will be aware of this and other risks facing the UK when making their latest GDP and inflation forecasts in the Quarterly Inflation Report.

So, I think that it will be far from a “Super Thursday” for the pound as the BoE is likely to be more dovish this time than they have been previously. But even if the pound stages a bit of a recovery, ongoing Brexit uncertainty means the upside potential could be limited anyway. 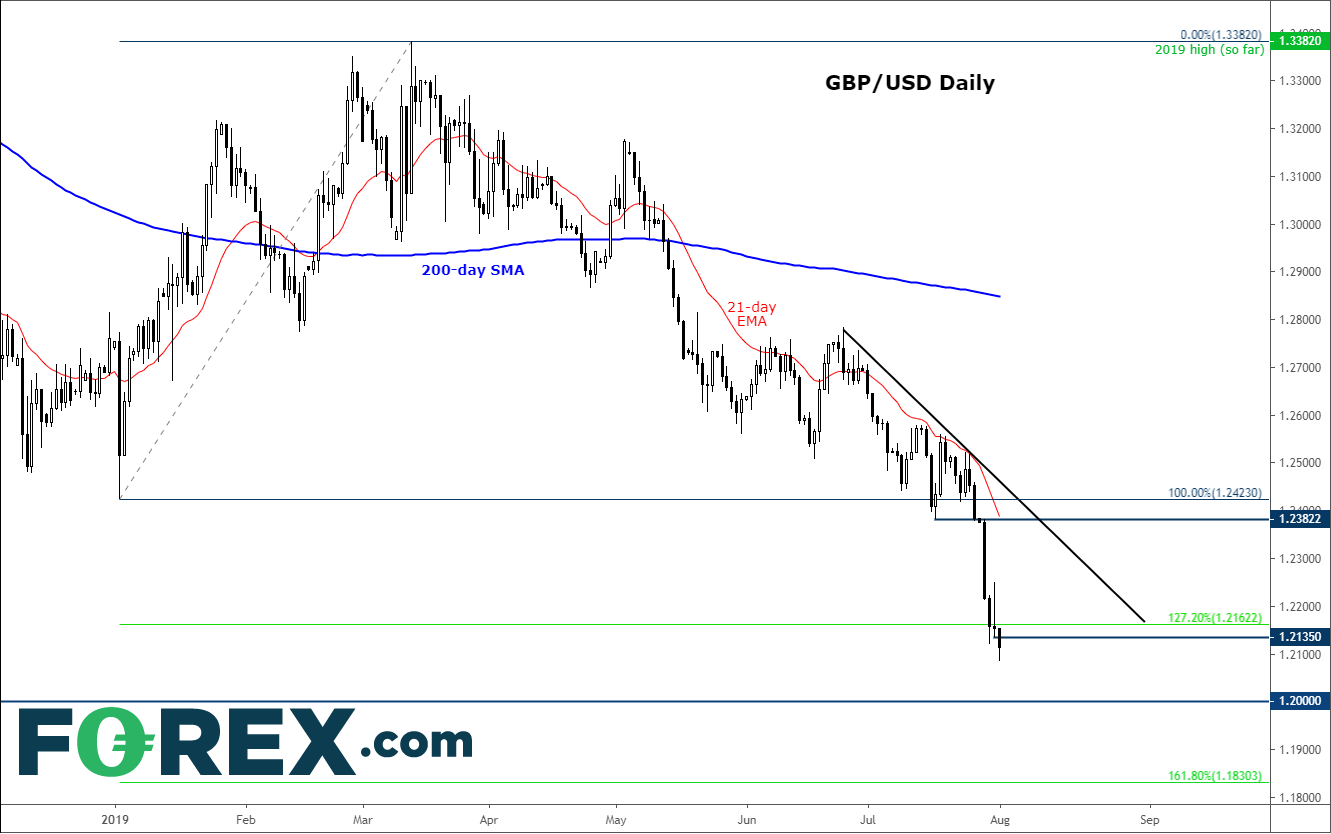