BP, Shell Earnings Likely to be Weaker, but Dividends Still on the Agenda

One risk factor going forward is that BP and Shell may use $40 oil as their average price expectation when making their plans for the rest of 2020...

It would be too hopeful to expect BP’s and Shell’s revenues, profits and all the other measures to show anything but erosion in the first quarter of this year given that oil prices have plunged from $70/bbl in January to $25 in April. But both firms were quick to batten down the hatches in the face of the COVID spread and are reasonably well prepared for what lies ahead this year.

For comparison, BP’s fourth quarter underlying replacement cost profit, the company’s preferred income measure, was $2.6bn, and $10bn for the full year, compared to $3.5 billion and $12.7 billion last year. The annual decline already reflected a slightly weaker demand environment and the effects of a slowdown in China’s economic growth. Shell came in weaker in the fourth quarter, its income attributable to shareholders has dropped by 83% to $965m compared with $5.6bn the year before.

Most of the damage to the two companies’ earnings came in March, with January and February having a relatively minor impact on their operations. Both firms will align the book value of their inventories to market prices and book impairment charges from their oil and gas assets, with Shell expected to write down up between $400m and $800m in the first quarter and BP to go even further with a write down of $1bn.

The companies’ previous divestment targets will also have to be cut down – BP previously forecast $15bn from divestment income but it had already reduced the sale price for its Alaska business to Hilcorp Energy.

Both firms came into the corona pandemic with a better debt ratio and gearing. Last quarter BP reduced its net debt by $1.1bn and its gearing to 31.3% from 31.7% in the third quarter. This, however, is about to change, as the firms take out new credit, including a new $12bn credit facility in Shell’s case.

This quarter is also unlikely to be the last to show declines in earnings but unlike in the wake of the last financial crisis, the big job cuts have not started yet, likely because both firms are trimmer operations than they used to be. Both oil majors have already cut capital spending plans for this year by 25%, a relatively modest reduction compared with some deeper cuts in the rest of the industry and are a putting a halt on a number of planned developments. Shell is delaying its Whale and Jackdraw oil and gas projects in the Gulf of Mexico and the North Sea. BP started investment cuts with the group’s US shale business BPX.

One risk factor going forward is that BP and Shell may use $40 oil as their average price expectation when making their plans for the rest of 2020, something that Italy’s Eni has done when it reported earnings last week. None of the fundamental data either from the US or the rest of the world suggests that demand will start balancing out the current oversupply any time soon and the current production cuts put in place by OPEC+ countries are not nearly enough to guarantee a return of Brent to $40 in the near term.

Here are the implications for the rest of the year: Shell has already said that its planned projects are profitable at around $30/bbl but the current crude price at between $24-$28 is not enough to signal a green light for new developments. This is likely to lead to lower production in the rest of the year and lower revenue in the coming quarters. BP will be in a similar situation.

Dividends are likely to stay in place

Unlike a number of major FTSE 100 players, BP and Shell, which are big dividend payers, have not mentioned cutting dividends in their plans to preserve liquidity. This is making it more likely that those payments will still be forthcoming. 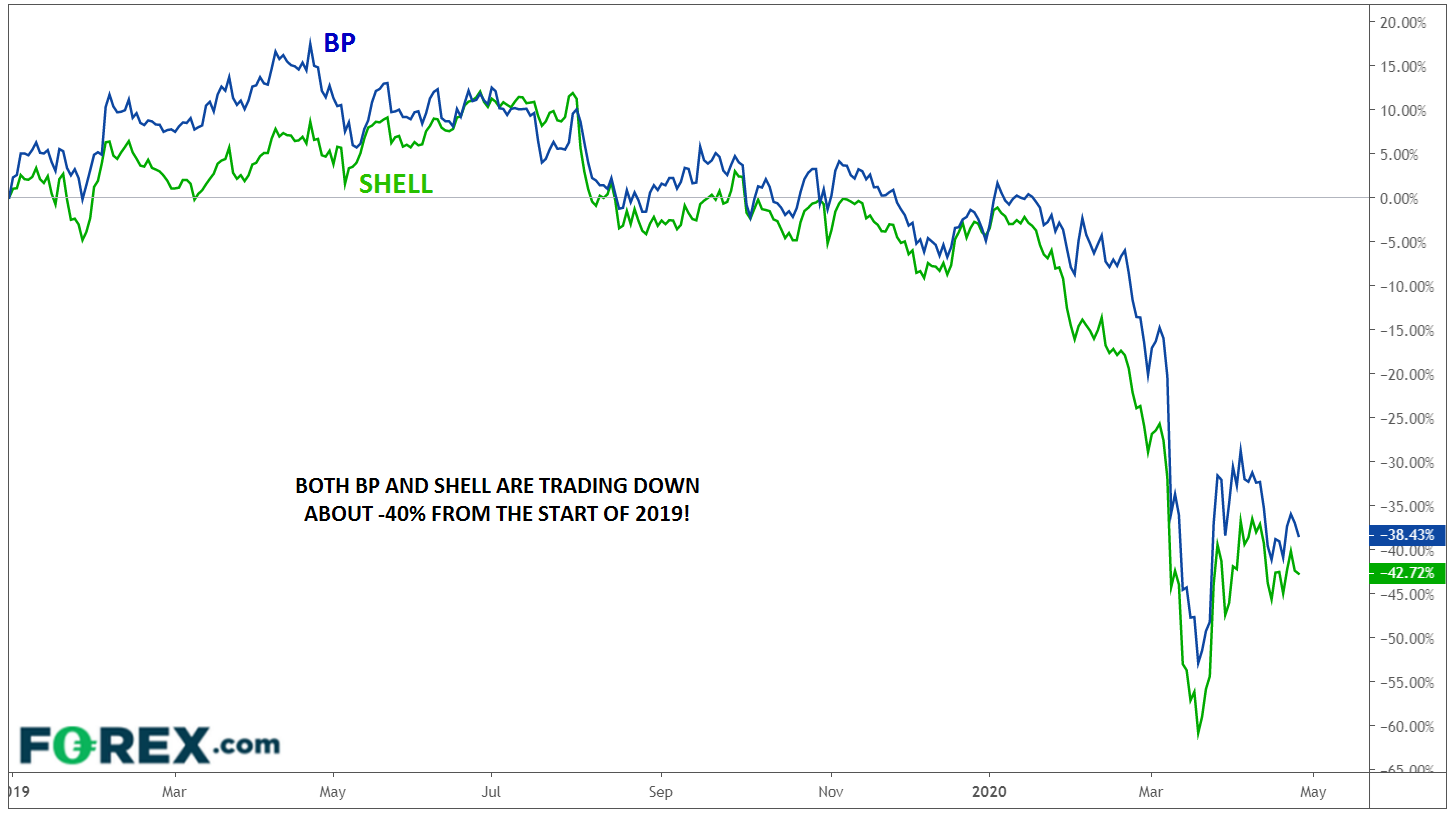