BP, the oil giant, posted 1Q results: "Underlying replacement cost profit for the first quarter was $0.8 billion, compared with $2.4 billion for the same period a year earlier. The result reflected lower prices, demand destruction in the Downstream particularly in March, a lower estimated result from Rosneft and a lower contribution from oil trading.

BP today announced a quarterly dividend of 10.5 cents per ordinary share (unchanged from the previous quarter). BP's future financial performance, including cash flows, net debt and gearing, will be impacted by the extent and duration of the current market conditions and the effectiveness of the actions that it and others take, including its financial interventions. It is difficult to predict when current supply and demand imbalances will be resolved and what the ultimate impact of COVID-19 will be."

From a chartist point of view, the trend remains bearish. The bearish gap opened on the 9th of March still maintains a downward pressure. The stock price struck against its resistance at 371 pence and is reversing down. Bollinger band are narrowing. Readers may want to consider the potential for short trades below horizontal resistance at 371 pence. A break below 284 pence would validate a new bearish signal and would call for a drop towards 222.9 pence.

Only a push above the resistance zone 371 – 392.5 pence would invalidate the bearish bias and would call for a reversal up trend. 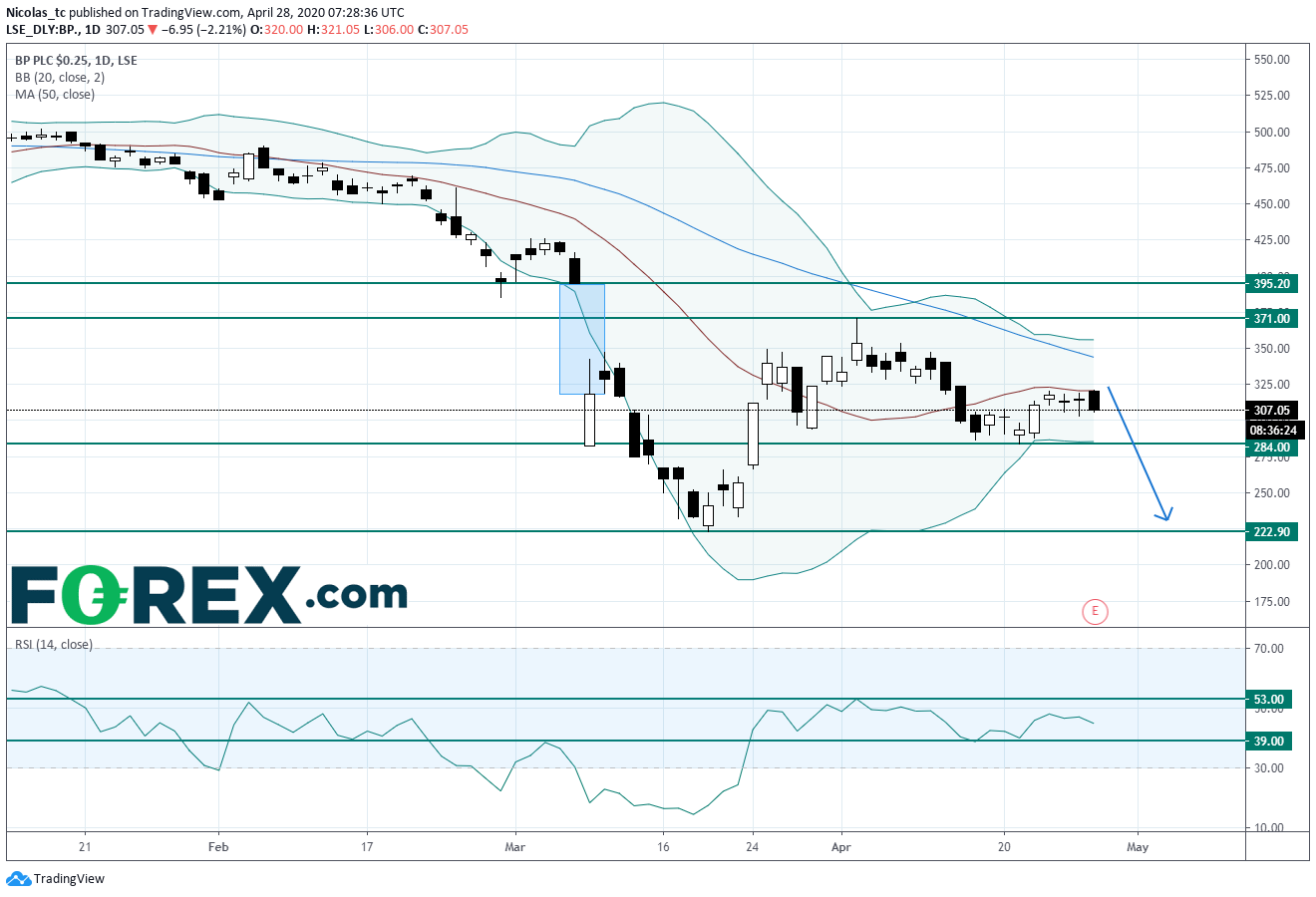