Brexit: Betting Markets See Near Coin-Flip Odds of a Second Referendum, “Plan B” on Tap

The Prime Minister continues to rule out a second referendum on the issue, though betting markets are more open to the idea; according to Bloomberg data, traders now see the odds of another vote at 42% while the implied probability of a no-deal Brexit has fallen below 12%.

For FX traders, the (perceived) drop in the likelihood of a hard Brexit are a bullish sign for the pound. GBP/USD is poised to finish higher on the week (notwithstanding Tuesday’s intraday swoon) and see its highest weekly close in over two months.

With Theresa May set to reveal her “Plan B” proposal on Monday and a vote scheduled for January 29th, traders look likely to take another ride on the Brexit rollercoaster next week… the only question is whether we’ll fall off the rails at some point! 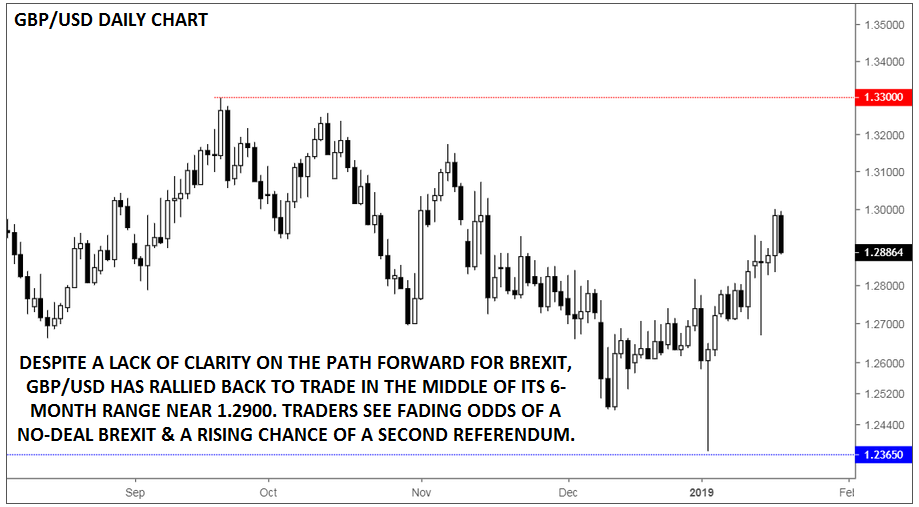