The CAD/JPY has been printing bullish price action ever since the head and shoulders reversal pattern failed towards the end of March and bears were trapped. 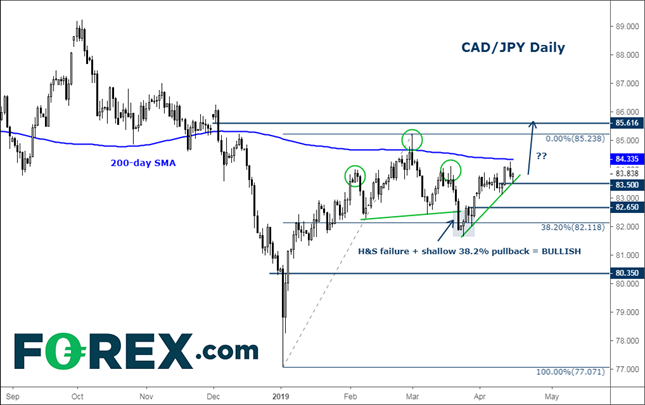