The focus will be on Q4 data and how the virus affects demand and price for Crude Oil.

Canada Retails Sales released earlier were the economic highlight of the day for the North American trading session, and the data was impressive!  Retail Sales rose 1.1% vs an expectation of 0.2% and a previous number of 0.5%!  Ex-Autos, the print was just as good, rising 1% vs 0.2% expected and 0.5% last.  However, the data was for SEPTEMBER!  It is almost December!  With increasing coronavirus cases moving into the winter months, the focus will be on Q4 data and how the virus affects demand and price for Crude Oil.

USD/CAD had been moving lower since the March highs after the pandemic hit, however, since August the pair has been trading in a sideways channel between 1.3000 and 1.3416.  But there is reason think that the pair may be ready to break lower.  Since the US election, the pair had been moving lower as the US Dollar was taking a hit.  A Joe Biden victory meant more hopes for stimulus, therefore more supply of US Dollars in the system and a lower price.  The pair broke channel lows on November 9th but failed to close below it.  Over the next week, the pair retraced to the 50% of the post-election move but could not close above that level. It also held resistance at the 50 Day Moving Average.  In addition, on November 13th, when USD/CAD hit its most recent highs near 1.3150,  it posted an evening star candlestick formation, which is a strong reversal signal.  The pair also failed to close above a rising trendline dating back to the December 1st lows near 1.3118. 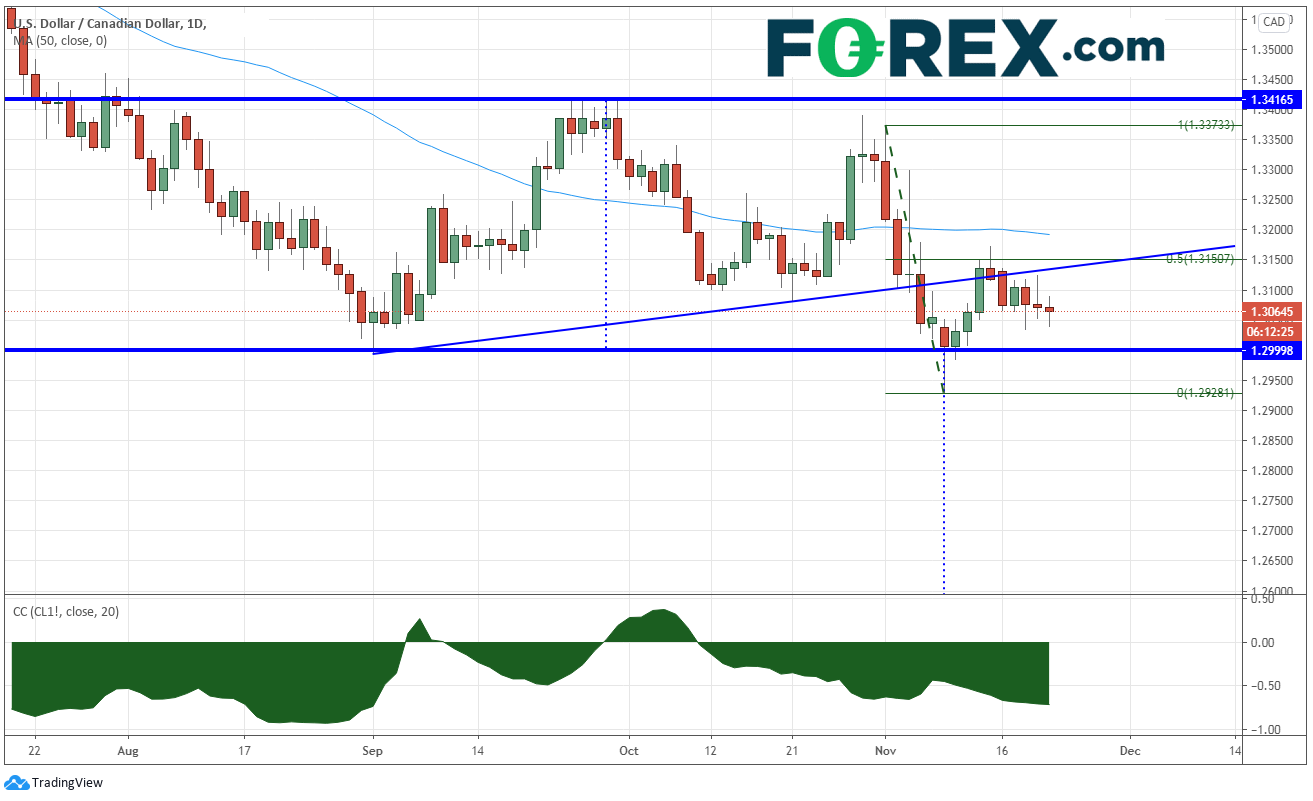 West Texas Oil has been moving higher off the election lows to a high of near 43.00 and has been trading in a symmetrical triangle since November 11th.  The expectation of a symmetrical triangle is that price will break out in the same direction it was moving before the triangle, which in this case is higher.  In addition, on the pullback after the November 11th highs, price didn’t even come close to the 38.2% Fibonacci retracement level of 39.35, only trading down to the psychological round number at 40!   First resistance is the previous highs at 42.97, then August highs near 43.50. 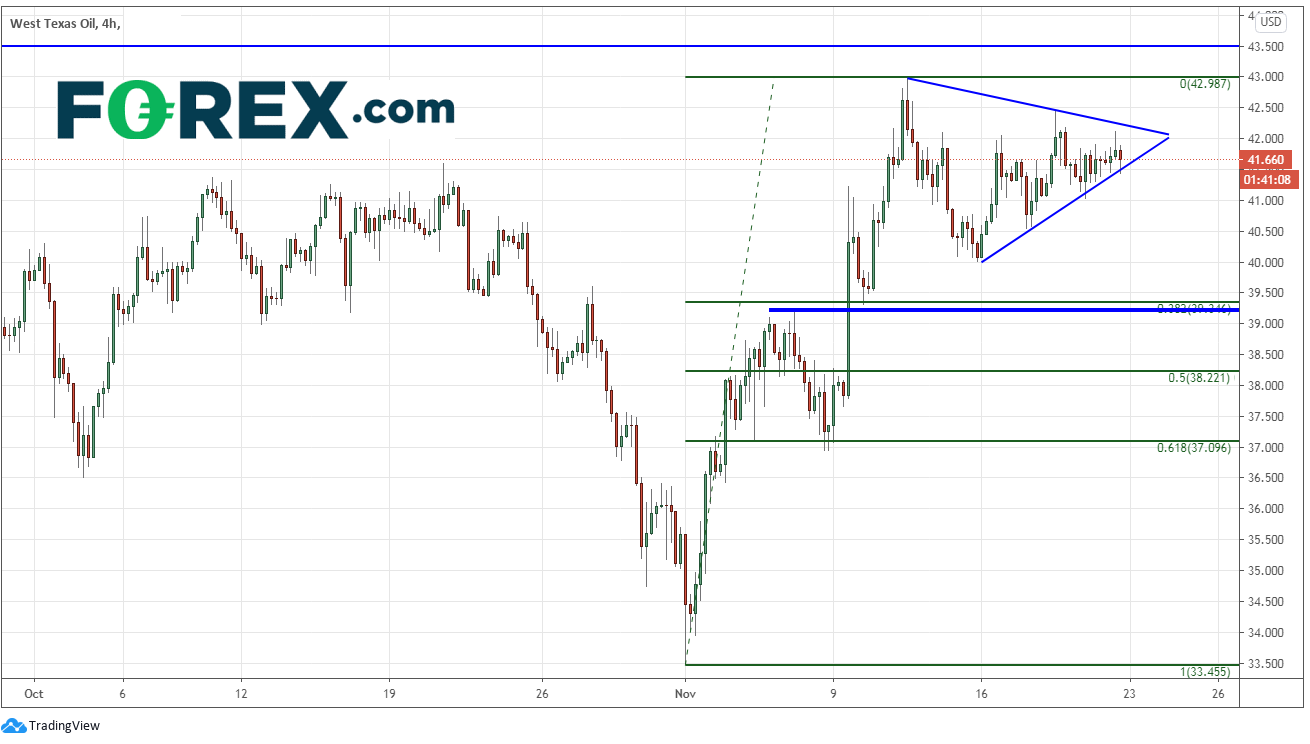 If the price of WTI does move higher, we can expect the price of USD/CAD to move lower. If the supply is less (think OPEC+ postponing planned January increase) or if demand is higher (think positive vaccine news), than the price of oil should continue higher and USD/CAD should continue lower.  The target for USD/CAD on a breakdown of the channel is the height of the channel, added to the breakdown point, which is near 1.2600! (see daily chart above).  However, price must first get through support at 1.3000 and 1.2928.  However, if price trade back about the 50% retracement level and the rising trendline near 1.3150, watch for it to trade back to recent highs near 1.3373.